May the Lord bless and keep you this weekend.

My gratitude goes to RHB for sponsoring the blog this week with news of books that point children to Christ.

Today’s Kindle deals include some newer and some older titles.

“While sin isn’t a substance in itself, that doesn’t make it any less lethal. Sin isn’t just a series or errors or poor judgments with momentary consequences. Sin is taking you somewhere. It’s leading you down a path of decay, a path that ends in spiritual death.”

What If God Doesn’t Speak to Me?

Lara d’Entremont: “I wanted to lie. I would strain and listen as hard as I could, but I never heard God speak to me. I never felt any nudges. I never experienced a fresh out-pouring of his Spirit. I never felt ‘peace’ about a decision like others described. He just doesn’t love me like he loves them.”

What Does It Mean That We Are “Justified by Faith, Not Because of Faith”?

This is no small distinction.

Not One Square Inch

“We tend to focus on the second verse in Matthew 28:18-19, where Jesus tells us to make disciples of the nations. But do we ever pay attention to the first verse? ‘All authority,’ Jesus says, ‘in heaven and on earth has been given to me’ (v. 18). Not some authority. Not half authority. Not even most authority. But all authority. Jesus is the authority.”

The Hidden Harm of Gender Transition

For the sake of the young people who face such harm, we need to share articles like this. “Grace is one of many who have been fast-tracked down a pathway of ‘treatments’ for gender dysphoria, while underlying mental health issues have remained undiagnosed and unaddressed. They are victims of the false claims of gender ideology. According to this ideology, all people have a gender identity—the gender they feel they are—that may have no relation to their biological sex.”

Flashback: The Duties Required by the Ninth Commandment in a Social Media World

Think not only of what you say, but also what you read or listen to; the ninth commandment is not just meant to govern your mouth, but also your eyes, your ears, your heart, and your mind. 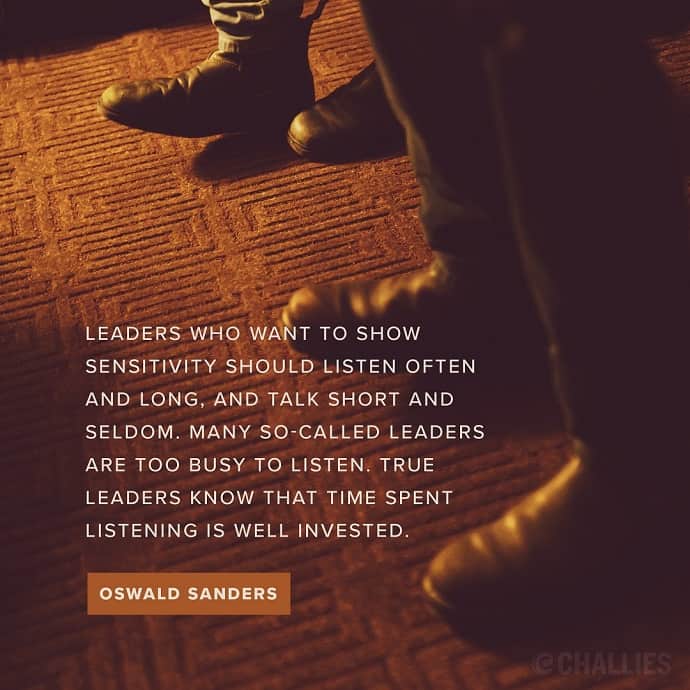 Leaders who want to show sensitivity should listen often and long, and talk short and seldom. Many so-called leaders are too busy to listen. True leaders know that time spent listening is well invested. —Oswald Sanders