God told the Israelites that rather than making a beeline for the Promised Land they would need to spend years wandering in the wilderness. This was not what they wanted and not what they would have chosen, but it was his will. Because it was his will, he would sanction no grumbling about it. His will is never evil, it is never ultimately for the harm of those he loves, so it ought to have been easy for them to submit to it and even to rejoice in it. But if you’ve read Exodus, you know this is hardly the case.

We are in our own little coronavirus wilderness now, and trying to bear up better than the Israelites. Sometimes I’m not sure what counts as lament and what counts as grumbling. I don’t much like the world we have entered into, but I also don’t want to complain about it. I don’t want to grumble about our circumstances since I’m confident that they are within the scope of God’s will. He willed for this virus to hit at this time. He willed for us to spend weeks and maybe even months in various states of lockdown. He willed for us to stop traveling. He even willed that we would not be able to meet together as local churches for a time. He willed that the economy would be struck with a great blow. I don’t like any of this. I lament it all. But I’m trying not to grumble about it. Who am I to grumble against the will of God?

But submitting to it doesn’t mean I need to like it, does it? I don’t like plexiglass dividers at checkouts. I don’t like long lineups outside of grocery stores and Walmarts. I don’t like standing on social distancing dots. I don’t like that Amazon Prime is now next-month instead of next-day. I don’t like seeing people swerve far around me as we approach on the sidewalk. I don’t like getting yet another note from yet another laid-off friend. I don’t think this is whining or grumbling as much as it’s just grappling with this strange, and hopefully temporary new reality.

So what has my family been up to over the past couple of weeks? If I’m honest, not a whole lot. Following government directives, we have pretty much just stayed at home, but for brief weekly outings to the grocery store and daily walks through the neighborhood. The weather has been hovering between cool and cold, and we’ve even had a few bouts of snow, so there isn’t much else we can do outdoors. We did have to put gas in the van for the first time in 5 weeks, and at $0.75 a liter it felt practically free. We ordered a batch of orchids from a local garden center—trying to do our bit to support local businesses—and it was a joy to see neighbors brighten as we took them to a few people nearby. Flowers are amazing that way. (Did they all douse them in bleach as soon as we turned our backs?)

The girls have small amounts of work to do for school, though they’ve been told it won’t really be graded and that it cannot negatively affect their marks, so it’s not the most highly-motivating situation for them. My son is in the homestretch for his college and seminary courses, so continues to plug away at those. Aileen has been trying her hand at baking and exploring some hobbies she had long since put on the shelf. I’m pretty sure it’s her fault that I’ve put on a few pounds in recent weeks. Just before the world went nuts, I managed to buy a used Nintendo Switch (back when you could buy such things for far less than their original value instead of far more!) and that has proven a fun family distraction for all of us. Everyone in the family can beat me at Mario Kart.

As for me, I’ve been carrying on the daily writing while also mapping out a future book that I’m hoping to write over the summer. I have begun to see the effects of a hard-hit economy with conferences being called off, sponsorship spots being cancelled, and online retailers slashing their affiliate fees. It seems like the blogging economy is going to prove just as prone to recession or depression as most other sectors. But through the years the Lord has provided well and we have no reason to think he will stop anytime soon!

More personally, I have been battling sporadic waves of discouragement. I often feel a deep sadness when I go out and see people standing in lines outside grocery stores, wearing masks and gloves. I feel a deep sorrow when I open the FlightRadar app and see not a single Air Canada aircraft in the skies over North America (as was the case the other day). I feel it deeply when one of the kids expresses grief over the good things they’ve lost and the not-so-good things they’ve gained. It is a sad time. But mostly I think I’m holding up well and rejoicing in God’s grace.

One more thing: Our government had told us that for the time being it is advisable to wear masks when we venture into public spaces. I suppose they may well mandate it eventually. I have not yet worn a mask, not only because I haven’t been in such a setting for a while, but also because it seems like a really big step—like putting on a mask before going out is somehow admitting that this is all very real and that it may not end for a long time. But I guess this is just one more thing we will all adapt to in time.

I’ll leave you with a Spurgeon quote I came across the other day that has been challenging and encouraging me. He once said, “I am certain that I never did grow in grace one-half so much anywhere as I have upon the bed of pain.” I pray that you and I would experience his grace in that special way in this unusually painful time. 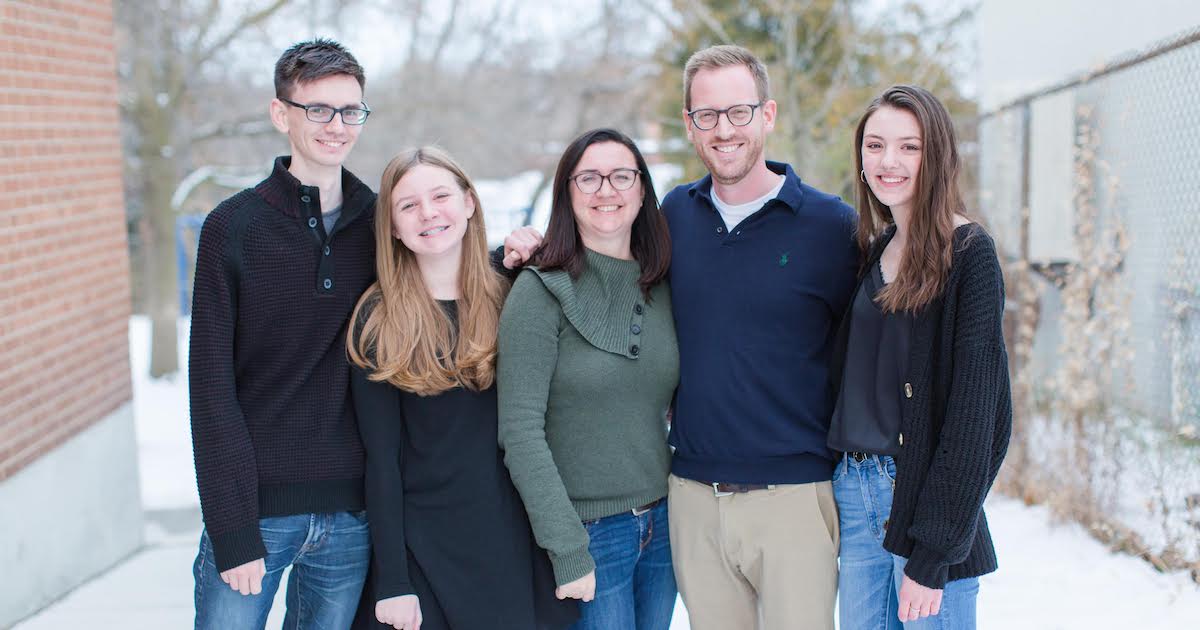