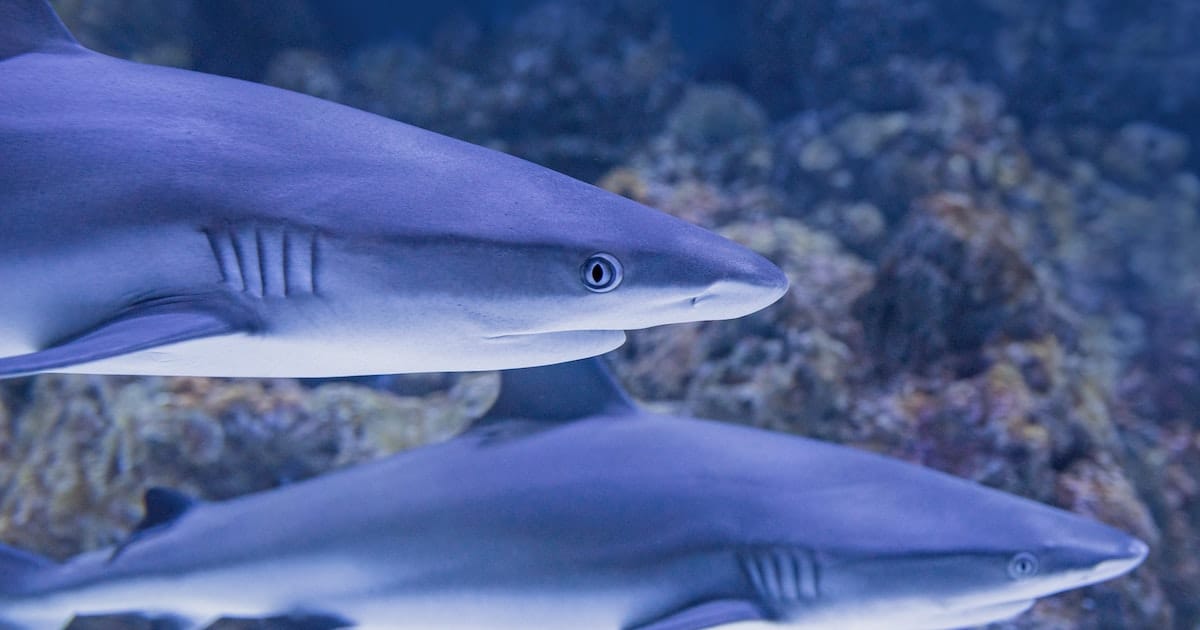 Until the land was expropriated to make way for new developments, Oakville was home to an exceptional tropical fish store. At its center was a massive circular aquarium filled with sharks and other predatory fish, and once each week the employees would host a feeding frenzy that was open to the public. One of them would climb a ladder to the top of the tank and begin to toss pieces of meat to the creatures lurking below. No sooner did the flesh hit the surface and the blood begin to seep into the water, than the sharks went mad, thrashing, circling, fighting over the bits. Rarely did a piece make it all the way to the bottom before two, three, or four sharks were battling over it, shredding it, gobbling it down.

They could almost have been us—people who so often delight to tear one another apart, to focus on flaws more than virtues, to be critical rather than encouraging, harsh rather than tender, vindictive rather than merciful.

I recently found myself studying the Parable of the Good Samaritan and marveling at its example of mercy. Because that particular example is bound to a certain setting and context, I spent some time pondering the ways in which it is applicable to today—the ways in which in teaches people like you and me to show divine mercy rather than human ruthlessness. Let me offer a few.

We can show mercy toward people’s suffering. This is the most obvious category and the one that Jesus spoke of in his parable. As we see people in need—people who are destitute or downcast or sorrowing or suffering—it is right and good to feel compassion and to then act in love toward them. Like the priest, Levite, and Samaritan, we will just be going through life and in God’s providence he will provide opportunities where we see people who have some kind of want or some kind of need. And in those moments we ought to feel compassion for them and then be eager to extend mercy, perhaps in the form of comfort or a meal or a helping hand or money. There is infinite need in this world and, therefore, an infinite number of ways we can show mercy to those who suffer.

We can show mercy toward people’s souls. As we encounter people who don’t know Jesus, we can extend mercy by tending to their spiritual needs, which usually means alerting them to their spiritual need. Far more people know their financial poverty than their spiritual poverty. Don’t we feel a deep compassion toward those who do not know Jesus and who don’t even know that they need him? Don’t we have concern for them? Then we need to tell them about Jesus! We need to tell them about the perilous state of their souls! The duty of evangelism flows out of pity for those who do not know the God who is so merciful toward sinners.

We can show mercy toward people’s weaknesses. God calls us to share the world, to share our homes, and to share our churches with people who are weak. Even setting aside their sinfulness, they are still beset by weaknesses. And we ought to be gentle and patient and merciful in those weaknesses. Wives should be merciful with their husband’s annoying habits; husbands should be merciful with their wife’s irritating foibles; Christians should patiently bear with church members who differ with them on matters of conscience or who have little knowledge of how to honor God or little understanding of the freedom the gospel offers us. Compassion calls us to feel love for them rather than apathy or frustration or hatred. It calls us to bear with them rather than rebuke them. It calls us to joyfully show mercy to them.

We can have mercy toward people’s sins. We will inevitably see people behave in sinful ways and sometimes even see them sin against us. And while our first thought is usually outrage and vindication, perhaps our first thought ought to be pity—to feel compassion for them in their sin, compassion that they are sinners. Sometimes mercy is overlooking an offense, simply setting it aside as if it never happened. The Bible says “it’s the glory of a man to overlook an offense”—to just leave it between that person and the Lord. Sometimes mercy is confronting an offense and in love helping people escape sinful habits and patterns that will lead them to destruction. Sometimes a situation truly does call for the full measure of justice. But I hope that our first instinct is toward mercy—to be merciful toward our fellow sinners.