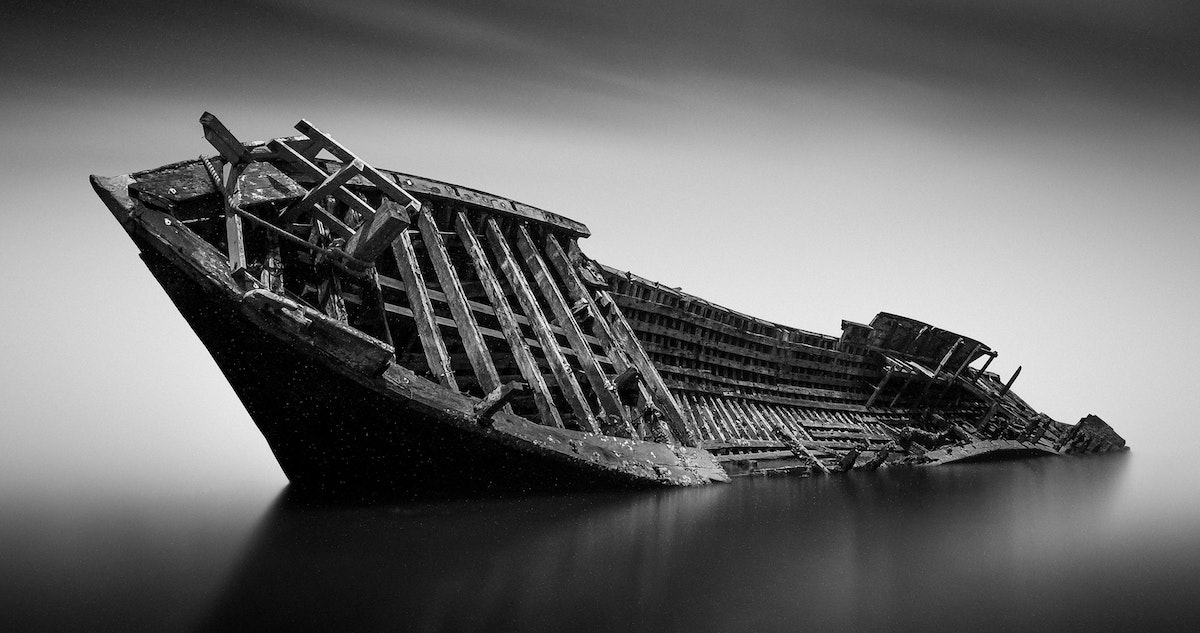 I once read of a terrible tragedy at sea, a shipwreck in which many were swept into the ocean and lost. As the ship foundered and splintered, as first the lower decks and then the upper succumbed to the winds and the waves, most of the passengers sank into the depths. But still fighting for their lives were a father and son who had been traveling together from the Old World to the New.

As the ship slipped lower and lower, the two scrambled into the rigging and began to climb upwards. But it was to little avail. The rains continued to pour down upon them and the waves continued to pound up against them. Though they clung tightly and with all the strength they had, the elements were set against them and they began to grow cold and weary. It was only a matter of time.

Then the moment came when, to his great horror, the father saw his son lose his grip and plunge into the sea. Before he could do anything more than cry out in grief and horror, a great wave crashed against him and he blacked out. As light gave way to dark, he knew only that his son had fallen and slipped beneath the waves.

Hours later the father, alive but exhausted, was rescued, plucked from the ocean by a passing ship. He was laid in a bunk where he lapsed into a deep unconsciousness. After a good bit of time had passed he awoke with a deep dread in his heart, overwhelmed by the grief of his terrible loss. But as he became aware, as his eyes opened and his senses cleared, he turned his head and saw lying beside him his very own son. What a glorious thing it was for him to wake up to see his son alive and well, saved from the storm, saved from death!

And my friends, what a glorious thing it will be on the day of resurrection when the trumpet blast wakes us from our slumber and when the cry of command calls us from the grave.

What a glorious thing it will be when we wake to find our loved ones beside us, emerging from the same cemeteries—the same plots even—to live forevermore.

What a glorious thing it will be when, like that father and son, we rise to live eternally with so many of our loved ones—those we saw lowered into the cold earth, those to whom we bid a sorrowful farewell, perhaps even those we were sure had been lost forever.

What a glorious thing it will be to rise with them to live forevermore in that place where there will be no more weeping, no more dying, and no more parting—that place where we will dwell in perfect peace and never-ending safety.