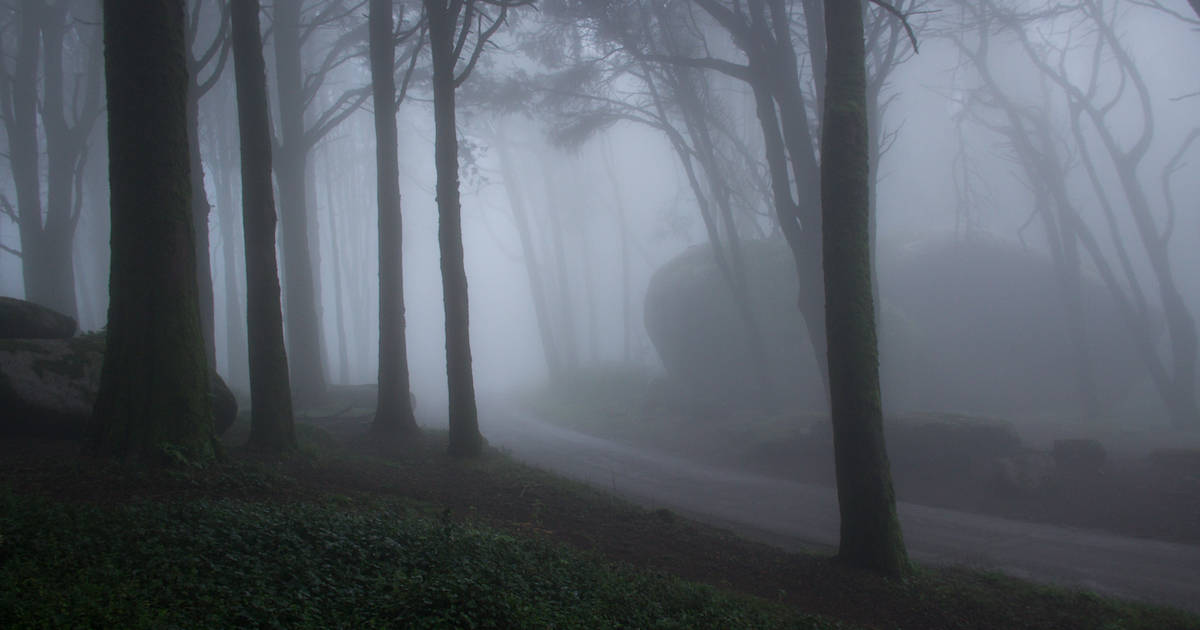 The young boy had a privileged upbringing and spent his childhood on a fine estate that boasted a large and carefully-tended garden with bright flowers, cobbled paths, high walls, trimmed lawns. He spent hours of every day playing in this garden, exploring it, and delighting in its many wonders.

But there was one part where he never ventured to go. At the very end of the garden stood a grove of trees that grew tall and full and cast dark shade upon the pathway beneath. As he squinted his eyes from a safe distance, he could see that the path winding through the grove led to a gate set in the distant wall. And though he wondered what lay beneath the trees and beyond the gateway, he dared not approach, for when he was small, a gardener had told him an idle tale of ogres that lived among the trees and giants that lived in the land beyond the walls.

Finally a day came when his older brother heard of his fear. Playing in the garden one day, the older led the younger to the very edge of the grove. Leaving the young boy frozen there, stricken with terror, his brother took up a happy song and walked down the path without fear, without worry, without hesitation. Reaching the gate, he opened it deftly and passed through, his voice still audible and still joyful.

And then, having shown his brother that there was nothing to fear, he returned. He entered back from beyond the wall, he retraced his steps along the pathway, until the two brothers once again stood side-by-side. He assured him he had seen no ogres among the trees and no giants beyond the gate. In fact, the gate had opened into a garden even more splendid than the one in which they stood. And now the young boy knew there was nothing to dread, no reason to be anxious. His fears had been allayed and his heart calmed, replaced by the knowledge of his brother’s safe journey. Yet even then, “Let me know when you are ready,” said his brother assuredly, “and in that day I will take your hand and we will walk the pathway and pass through the gate together.”

And just so, our elder brother Jesus knows we live in fear of death and are prone to doubt that joys lie beyond the gateways of this life. He knows we fear what we cannot see and cannot yet experience. He knows our anxiety, he knows our weakness, he knows our frailty. And so he has gone before us. He has made the journey and returned to assure us that all will be well and to tell us that we need do no more than follow in his footsteps. For as the sacred Word tells us, by his death he has broken the power of him who holds the power of death—that is, the devil—and has freed those who all their lives have been held in slavery by their fear of death (Hebrews 2:14–15). By defeating death, he has liberated us from the fear of death.

Inspired by The Way Into the Holiest by F.B. Meyer