Upon hearing of the death of Jerry Bridges yesterday, I sat down at my computer and began to write. I began to write of the ways in which he impacted me through his writing. Very few authors have shaped me more than he did; very few books have played so important a role in my life and faith. But somehow the words did not quite come out right and I wasn’t quite able to encapsulate all I was thinking and feeling. Still, consider this my tribute—my too-weak tribute–to one of God’s faithful servants.

I met Jerry Bridges just once. We were at the same conference–he to speak and I to write. A mutual friend came to me and said, “Jerry would like to meet you.” We found an out-of-the-way room and talked for just a few minutes. To tell the truth, I do not remember a lot about our conversation, but I did come away with two conclusions.

The first conclusion was, “He is the real deal.” I had formed a very positive picture of him through his books and through hearing him speak. The reality matched the picture. He was kind and gracious. He was genuinely interested in me, though there was no particular reason for him to be. At a time when he had every reason to be distracted and to turn his attention to much more noteworthy people, he gave me the privilege of some of his time and a few of his encouraging words.

The second conclusion was, “I want to be like him.” To that point in life I had encountered dirty old men, drunken old men, and disengaged old men, but too few godly old men. Bridges immediately struck me as a man who had committed himself to godliness and who had pursued it for a long, long time. It showed, and I realized that I would be thrilled to someday exhibit the grace, wisdom, and godliness that he displayed in his books and preaching and even in that little room at that big conference.

It was a short encounter, but one of outsized importance in my life. And now, as I think about the life of Jerry Bridges and his impact on me, I think of a few lessons I’ve learned from him. 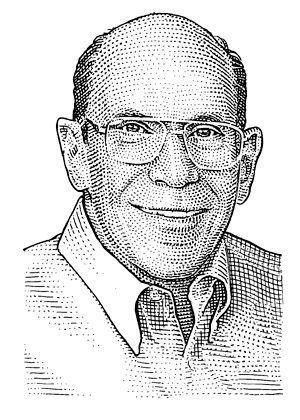 First, holiness is the highest pursuit. It is the highest pursuit because it is, in fact, not a pursuit of a thing but a person—to pursue holiness is to pursue God. Through The Pursuit of Holiness he taught me that holiness, like almost everything else in life, is something that I must strive for. Holiness is a gift of God and is something that can never be accomplished apart from the work of the Spirit. Yet it is my responsibility to strive for it and to work towards this goal. He challenged me to earnestly pursue it.

Second, I need to pursue holiness on the macro and the micro level. Through The Pursuit of Holiness and then later through Respectable Sins I came to see that much of my pursuit of holiness had been on a macro level. I had seen progress on a grand scale. I had seen certain sinful habits and desires fall away. For this I was truly thankful and was able to acknowledge the Spirit’s work. But these books helped me understand the importance of examining my life on the micro level as well. As I did that, I was amazed and disappointed at my propensity for sin in small areas and my ambivalence toward it. Bridges challenged me to battle sin right there in the little things, to hate the little sins with all the intensity of the big sins.

Third, The Discipline of Grace, a book I have read and re-read, taught me the enduring importance of the gospel in the Christian life. For all the gospel-centered books written since that one, I’m not sure any one of them has so beautifully caught the simplicity and centrality of it all. “To preach the gospel to yourself … means that you continually face up to your own sinfulness and then flee to Jesus through faith in His shed blood and righteous life. It means that you appropriate, again by faith, the fact that Jesus fully satisfied the law of God, that He is your propitiation, and that God’s holy wrath is no longer directed toward you.” He later says, “This is the gospel by which we were saved, and it is the gospel by which we must live every day of our Christian lives. … If you are not firmly rooted in the gospel and have not learned to preach it to yourself every day, you will soon become discouraged and will slack off in your pursuit of holiness.” This is demonstrably true in any Christian’s life. It is through his influence that I began to pray the gospel to begin each morning, a habit I continue to this day.

Fourth, I will never be holy enough on this side of the grave. In The Discipline of Grace he provides an extended metaphor that is so helpful in addressing a common kind of complacency. He speaks of cruise-control Christianity and says, “we press the accelerator pedal of obedience until we have brought our behavior up to a certain level or ‘speed.’ The level of obedience is most often determined by the behavior standard of other Christians around us. … Once we have arrived at this comfortable level of obedience, we push the ‘cruise-control’ button in our hearts, ease back, and relax. … We don’t have to watch the speed-limit signs in God’s Word, and we certainly don’t have to experience the fatigue that comes with seeking to obey Him with all our heart, soul, and mind.” He contrasts this with race-car obedience, stating that compared to cruise-control drivers, race-car drivers are driving with all their heart, soul, and mind, never dreaming of coasting along. And here is a crucial application: “God is not impressed with our worship on Sunday morning at church if we are practicing ‘cruise-control’ obedience the rest of the week. You may sing with reverent zest or great emotional fervor, but your worship is only as pleasing to God as the obedience that accompanies it.” He imparted to me a desire to drive that race car of obedience.

In so many ways we are the books we read. Jerry Bridges’ books left an indelible mark on my life and I give thanks to God for his life and ministry. He was not a man who was known for his academic credentials or worldly accomplishments. He was a man who was known for his holiness, for his godliness, for his desire to teach others what the Lord had taught him. He was a gift to the church. I pray that I may someday be found as faithful, as godly, as Jerry Bridges.

And then read his books. Here are 5 must-read books by Jerry Bridges: