Today I am continuing my series on bestselling Christian books. In this series I am taking a brief look at non-fiction Christian books that have sold at least a million copies—a rare and noteworthy feat in a relatively small market. Today we take a look at a surprise bestseller that was meant for children but which had every bit as big an impact on their parents. 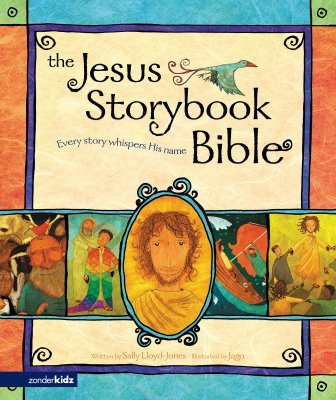 Sally Lloyd-Jones (who, it must be said, is no relation to the great preacher Martyn Lloyd-Jones) was born and raised in Africa, educated in England and France, and currently resides in Manhattan. Her earliest jobs were in the publishing industry and she often cast an envious eye at the children’s department, wondering if she could someday have the opportunity to write for children. That opportunity finally came after she moved to the United States and settled into a full-time writing career. Though she has never married and has no children, she quickly proved herself especially talented at writing for a young audience. She tells of meeting an editor who said, “there are two types of children’s books authors: the ones who are around children, and the ones who are children inside.” She counts herself the latter type and that childlike delight worked its way into her books.

Her first hit was How To Be A Baby By Me The Big Sister which was written for the general market and quickly became a New York Times bestseller. It was only later that she began working on what would become The Jesus Storybook Bible. For this work she determined that she would tell the grand drama of the Bible through a series of 44 stories drawn from its narratives. In each case she wanted to show how Jesus is the hero of the Bible and the center of the Christian faith—hence the subtitle “Every Story Whispers His Name.” The publisher says, “The Jesus Storybook Bible tells the story beneath all the stories in the Bible. At the center of all is a baby, the child upon whom everything will depend. From Noah, to Moses, to the great King David—every story points to him. He is the missing piece to the puzzle—the piece that makes all the other pieces fit together. From the Old Testament through the New Testament, as the story unfolds, children will pick up the clues and piece together the puzzle.” She wrote these stories in the voice of a mother teaching her children and did this by continually keeping her nieces and nephews in mind. The children’s book illustrator Jago provided the colorful, imaginative artwork.

The Jesus Storybook Bible released in 2007 and sold briskly. By 2011 it had surpassed the half million mark and three years later sold its millionth copy, receiving the Evangelical Christian Publishing Association’s Platinum Book Award In 2014.

The book received wide praise for its deliberate and winsome focus on the person and work of Jesus and his centrality to the entire storyline of the Bible. Many parents reported that they enjoyed reading it every bit as much as their children enjoyed hearing it. At a time when many adults were early in their pursuit of Christ and just exploring the Bible on their own, they learned along with their children that the Bible is cohesive, that it has a consistent message and structure all held together by the theme of Jesus. The Jesus Storybook Bible taught the parents even as it taught their children. Together they learned that every story whispers his name.

The book received very little serious critique, something that is rather the exception for a bestselling book. Even then, those who critiqued it typically focused on minor matters and only after first expressing their general admiration for the book and its author.

The Jesus Storybook Bible quickly and inevitably spawned a number of related products. It is now available in 31 languages, 8 editions, an animated format, and a curriculum. Lloyd-Jones has continued to write children’s books for both the Christian and the general market. One particularly noteworthy product is The Story of God’s Love For You, a trade book adaptation of The Jesus Storybook Bible which maintained identical wording but was packaged up as a book for adults.

Like most Christian families I know, we have one or two copies of The Jesus Storybook Bible. However, by the time we became aware of it, we had largely moved away from reading storybook Bibles and were instead reading the actual Bible as a family. In that way The Jesus Storybook Bible was just a little too late to impact my family the way it did so many others. Still, we gladly commend it to families with young children and have purchased the curriculum for use in some of our children’s programs at Grace Fellowship Church. It remains one of my top picks in its genre. 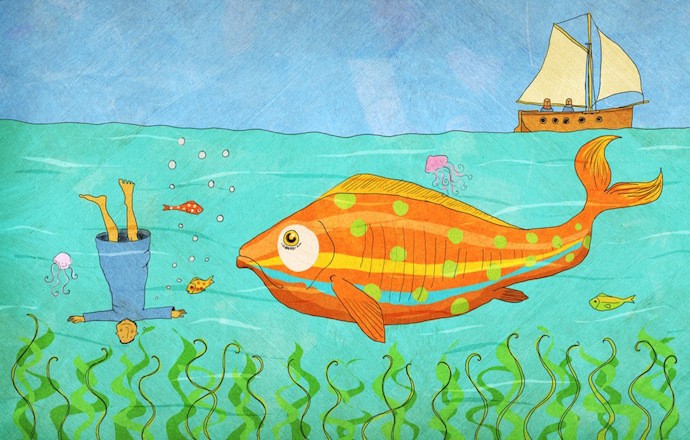