Today I continue this series of articles that takes a look at books that have been awarded the Platinum or Diamond Sales Awards from the Evangelical Christian Booksellers Association. The Platinum Award recognizes Christian books that have reached 1 million sales while the Diamond Award recognizes the few that have surpassed the 10 million mark. Today we turn our attention to a book that was based on a movie, both of which promised to strengthen and even save marriages. 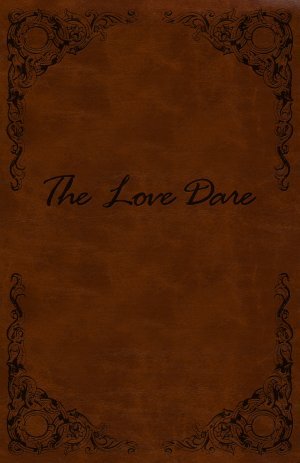 By 2008, brothers Alex & Stephen Kendrick had begun to make their mark as Christian filmmakers. While their debut film Flywheel (2003) had made only a tiny splash, Facing the Giants (2006) had earned more than $10 million on a minuscule $100,000 budget. For their third film they had a half million budgeted and hired Kirk Cameron to play the leading role. Fireproof was released in September 2008 and though the reviews were tepid, Christians flocked to it, earning it more than $30 million at the box office.

Fireproof tells the story of “a heroic fireman locked in a failing marriage who accepts his father’s challenge to take part in a 40-day experiment designed to teach both husband and wife the true meaning of commitment.” With his marriage on the rocks, Caleb Holt takes the “The Love Dare,” a challenge designed to improve his marriage by transforming the way he relates to his wife. Over 40 days he becomes a changed man and, through these changes, wins back the heart of his bride. It is a hopeful movie that culminates in a happy ending.

The book The Love Dare was timed to coincide with the release of the film that introduced and featured it. The book’s website describes what it is and what it is meant to accomplish: “The Love Dare personally leads you through daily devotionals, records your thoughts and experiences, and ends each day daring you to perform a simple act of love for your spouse. This 40-Day journey equips you to melt hardened, separated hearts into an enduring love that can withstand the flames of fear, pride and temptation. The Love Dare will help you reinforce and enrich your marriage, earn back a love you thought was lost, and hear more about the One who not only designed unconditional, sacrificial love—He illustrated it. In a world that attacks, devalues, and redefines relationships every day, learn how to rescue and protect your marriage from the firestorm. Take The Love Dare and FIREPROOF your relationship.”

Fireproof proved to be a successful movie and it aptly introduced the premise and promise of The Love Dare. Interestingly, the book became a greater success than the movie that inspired it. It quickly made its way onto the New York Times list of bestsellers and by 2009 had already sold more than a million copies, thus receiving ECPA’s Platinum Sales Award. To date it has sold more than 4 million copies.

Reviews of The Love Dare were generally positive, at least among Christians who understood its premise and who were grateful for its emphasis on Scripture and prayer. Amazon contains more than 1,800 reviews where it is averaging 4.5 stars. Many reviewers tell of the difference the book has made to their lives and marriages.

On the flip side, some reviewers pointed out that the transformation Caleb and his wife experience in the movie is good storytelling but not entirely realistic. Many Amazon reviewers tell that they benefited from the book personally but lament that it did not have the desired effect on their spouse. Some relay this with deep, sad disappointment.

While I caught an early screening of Fireproof, I did not read or review The Love Dare. I chose not to read it largely because of resistance to its very premise. While I am sure that much of the book’s counsel was sound, I was uncomfortable with the idea that something as deeply difficult as a struggling marriage could be fixed by following a 40-day plan. That is especially the case if only one spouse is following it. The book’s advertising copy is a clear example of overselling its potential: “This 40-Day journey equips you to melt hardened, separated hearts into an enduring love that can withstand the flames of fear, pride and temptation. The Love Dare will help you reinforce and enrich your marriage, earn back a love you thought was lost.”

I know that many people read the book, followed the plan, and saw changes to their marriage. Well and good. But I know other people—people I love—who dutifully followed the plan only to see their spouse grow more distant. Their attempts to love were met with anger. Their marriages were just too broken, their spouses too hardened. For these people the book simply could not meet its promises.

In the end, I suppose we just rejoice that the book was genuinely beneficial to some and really did transform marriages. Then we allow it to remind us that at times the consequences of sin are so deep and dark that simple solutions are simply not enough.