I don’t know what the Catalyst Conference is and I don’t know how they know who I am. A few days ago I went to my post office box and found there are a rather large package. I do not receive a lot of large boxes at the post office–it is usually either books or mysterious letters from conspiracy theorists who just *have* to let me know who is taking over the world and why (no joke). The rather large box contained a strangely-shaped triangular box which, it turns out, was an advertisement for this upcoming Catalyst Conference. Because of the sheer originality of the package, I snapped a few photos and figured I could post them here. 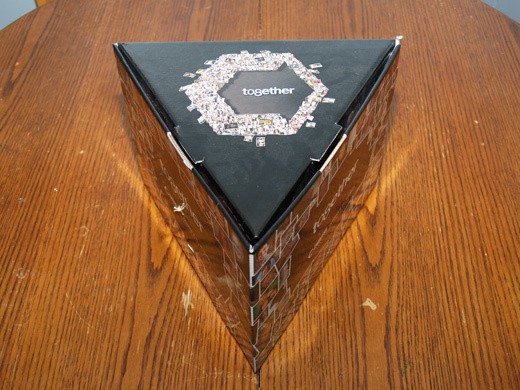 So here is the funky triangular box that was inside the rather plain brown shipping box. 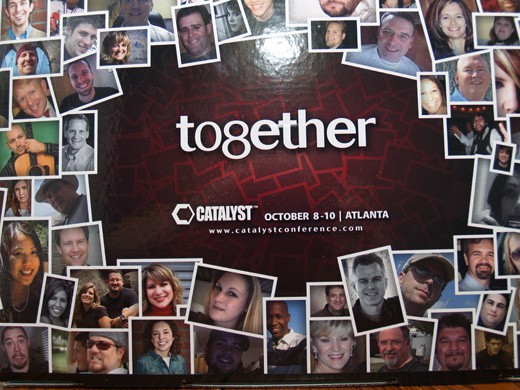 And here is a close-up of one of the sides of the box. 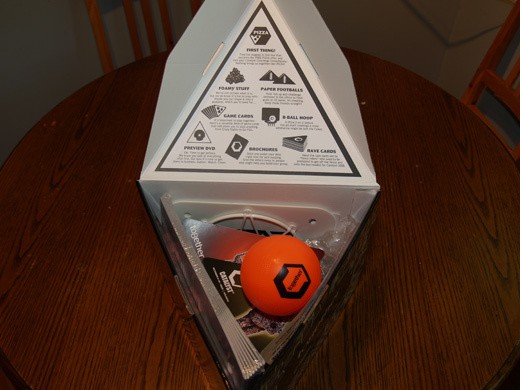 Cracking the box open, I found all kinds of interesting things. 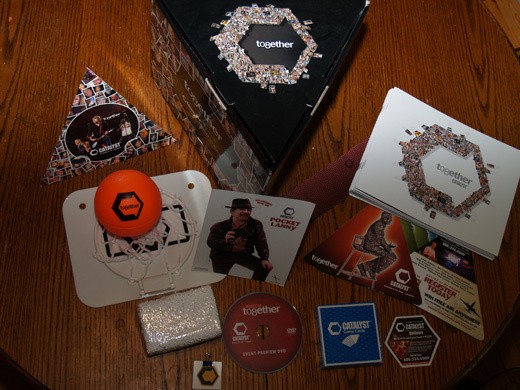 And here they are. A basketball and hoop, magnets, fliers, temporary tattoos, paper footballs, some kind of weird foam stuff, a deck of triangular cards and so on. Almost all of it was branded with the Catalyst name and logo.

I don’t think I’m going to be heading to this conference. In fact, I’m pretty sure I’m too old to do so. But at the very least, I’ve got to give them kudos for the originality of their advertising…