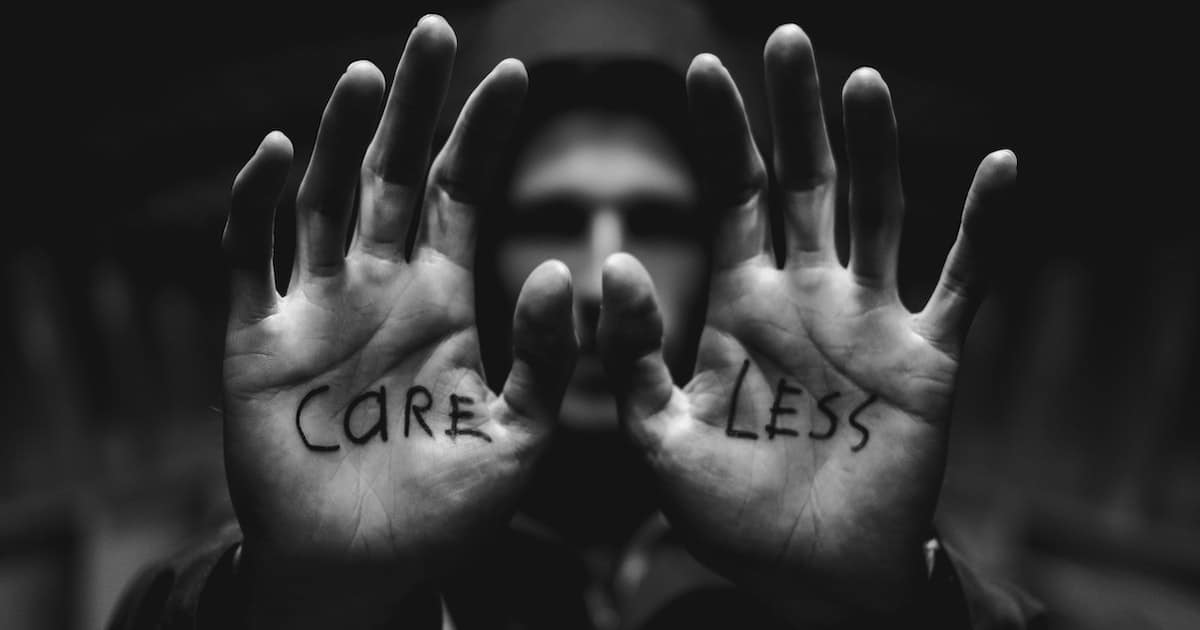 A technician for an airline neglected to check the logs from previous flights and therefore failed to take action on a control problem that had recurred multiple times over the past days. His carelessness was one of the factors that led to the plane crashing on a subsequent flight.

An engineer failed to set the brakes on parked tanker cars which soon begin to roll of their own accord until, out of control, they skipped the tracks and exploded. His carelessness led to widespread death and destruction.

A truck driver became distracted by a problem with his trailer, failed to notice a stop sign, and sailed through an intersection at high speed, putting it immediately in the path of a fast-moving bus. His carelessness claimed the lives of many passengers and earned him a long sentence in prison.

Each of these people was called upon to account for his carelessness, for his neglect, and for all the devastation that came from it. And rightly so, for carelessness is no small matter. Carelessness is a moral issue that can have severe consequences.

Carelessness was on Jesus’ mind on a day when the religious authorities confronted him about his failure to keep their interpretation of the religious law. He remarked that their words were evil because their hearts were evil. “How can you speak good, when you are evil?” he asked. “For out of the abundance of the heart the mouth speaks.” And in that context he offered the most solemn of warnings. “I tell you, on the day of judgment people will give account for every careless word they speak.”

Words have immense power—power to do such good and power to do such harm. Words can strengthen the weak or crush them, comfort the sorrowful or grieve them, relieve the burdened or weigh them down all the more. Words can be a taste of life or a savor of death, a scent of heaven or a whiff of hell. They can do the work of God or of the devil, serve the cause of Christ or of his enemies. Words are so wonderful and so terrible, so beautiful and so horrible, so precious and so dreadful.

Little wonder, then, that the Bible addresses our words so often and with such solemnity. For our words put a choice before us every day and in every moment. Every time we open our mouths, every time we swipe our screens, every time we tap our keyboards, we take to ourselves the power of life and death.

What we may need to be reminded of is that we will be held to account for our words—for all our words. There will be a reckoning not only for the words we intentionally used poorly or that we deliberately used to hurt others, but also for the words we used carelessly. We will be responsible before God for not only what was fully malicious, but also for what was merely negligent, apathetic, irresponsible, reckless, or impetuous.