A few months ago I set out on a new series of articles through which I am scanning the history of the church—from its earliest days all the way to the present time—to examine some of Christianity’s most notorious false teachers. Along the way we have visited such figures as Arius, Pelagius, Joseph Smith, and Ellen G. White. Today we will look at the life and legacy of a man who assumed and further developed theological Liberalism and paved the way for what became known as Progressive Christianity. His name is Marcus Borg. 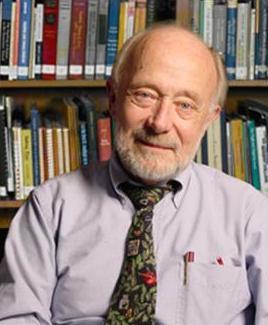 Marcus Borg was born in 1942 to a Lutheran family in North Dakota. After high school he went to Concordia College in Minnesota determined to become an astrophysicist but soon changed his major to math and physics, and then again to political science and philosophy. As a young man he experienced great doubts about his Christian faith and decided to pursue postgraduate studies at Union Seminary in New York City and here he was heavily influenced by W.D. Davies, a man who laid the groundwork for what has become known as the New Perspective on Paul. After graduating from Union he moved overseas to Mansfield College, Oxford University, where he earned his Doctorate of Philosophy.

In 1979 Borg became a member of the faculty at Oregon State University, a position he would hold until he retired in 2007 as Distinguished Professor in Religion and Culture and the Hundere Endowed Chair in Religious Studies. However, his career as a professor would be overshadowed by his career as a writer and public figure, and his leadership in what has become known as Progressive Christianity, an updated form of theological Liberalism.

Borg is a gifted writer who is adept at popularizing difficult concepts and his prose is attractive for its lively and meditative style. One person he has influenced writes, “Almost single-handedly among progressives, Borg has opened up new avenues of experience and thought for lapsed Christians or nonbelievers interested in re-visioning the Christianity of their childhood. He writes clearly and concisely about the meaning of wisdom, compassion, justice, the kingdom of God, and life as a journey of transformation. His books boldly take us into fresh fields of wonder, mystery, and passion in regard to Jesus, God, the Bible, and the Christian way.”1

His most significant contributions have been as a scholar whose focus has been on the person and work of Jesus Christ. He has written or edited more than twenty-five books, and the great majority of them have been focused on Jesus. He also led two nationally-televised symposia—one focused on Jesus and the other on God—served as national chair of the Historical Jesus Section of the Society of Biblical Literature, and has made regular appearances on PBS and other television networks. His bestselling book is Meeting Jesus Again for the First Time, and it is in this book that he most clearly lays out his convictions. He draws on his own journey, from a childhood, childish faith in Christ to the development of what he considers a deeper, richer, and more plausible set of beliefs based on a historical rather than fabled Jesus. He teaches here that the Christian life is not meant to be rooted in dogma or creed, but in compassion and community.

In 1985 Robert Funk founded the Jesus Seminar, a group of 150 critical scholars who were tasked with re-examining the traditions surrounding the historicity of Jesus, and in particular, his deeds and his sayings. Among these scholars was Marcus Borg. The scholars employed social anthropology, history, and textual analysis to attempt to reconstruct Jesus’ life and to separate the historical Jesus from what they take as myth. They famously used a voting system that relied on colored beads to represent whether one of Jesus’ deeds or sayings was authentic. Of the over five hundred sayings of Jesus recorded in the Gospels, they determined that only thirty-one were authentic with the rest being possibly authentic, doubtful, or completely inauthentic. Over their many meetings and through much dialog they eventually determined that Jesus was a mortal man who, like the rest of us, had been born of two parents, that he did not perform miracles, that any healings attributed to him were merely psychosomatic, that he did not die a substitutionary death, that he was not physically resurrected, and that the post-resurrection sightings of Jesus were merely visions.

Marcus Borg became and remains one of the foremost leaders in what has become known as Progressive Christianity which differs from Evangelical Christianity in a number of important ways. Where Evangelical Christianity emphasizes life after death, sin and forgiveness, the substitutionary atoning work of Jesus Christ, and grace alone through faith alone in Christ alone as the only way of salvation, Progressive Christianity takes a historical and metaphorical (rather than literal) approach to the Bible, affirms that God can be known through every religion, is far more concerned with good behavior than orthodox beliefs, and pursues progressive social and political views.

Today Marcus Borg has retired from Oregon State University and served as Canon Theologian at Trinity Episcopal Cathedral in Portland. He remained an active writer and blogged often at Patheos up until his death on January 21, 2015.

As a Progressive Christian, Borg denies important tenets of the historical Christian faith while affirming what Christians have long held as unorthodox or outright heretical positions. He has long denied the inspiration and authority of the Bible, saying, “I let go of the notion that the Bible is a divine product. I learned that it is a human cultural product, the product of two ancient communities, biblical Israel and early Christianity. As such, it contained their understandings and affirmations, not statements coming directly or somewhat directly from God” (The God We Never Knew). He explicitly denies Jesus’ virgin birth: “Jesus almost certainly was not born of a virgin, did not think of himself as the Son of God, and did not see his purpose as dying for the sins of the world.” He also denies the physical resurrection of Jesus Christ: “I do not think that the gospel stories of Easter require us to think of the resurrection in material physical terms. I see them as parables of the resurrection. Parables are about meaning. They are truth-filled and truthful stories, even as they may not be literally factual” (“Continuing the Resurrection Conversation”). In fact, he denies so much of the core beliefs of the Christian faith that it becomes nearly absurd to consider him a Christian at all.

As one of the foremost Progressive Christians, Borg has been an influence on many of today’s Liberal and Progressives Christians. These would include Tony Campolo, Brian McLaren, Karen Armstrong, Shane Claiborne, Anne Lamott, Jim Wallis, and many others. He has lent the weight of his scholarship to their attempts to renegotiate the place of Scripture in the Christian life and faith, and to rethink many of its most sacred doctrines. He is often quoted favorably by those who want to consider themselves Christians but without holding to inerrancy, the virgin birth, the resurrection, and other beliefs most Christians have long held sacred.

One hardly knows where to begin when countering Borg with Scripture. Not only does he deny many fundamental Christian beliefs, but he also denies the very qualities of Scripture that would allow the Bible to correct him. So perhaps this is the heart of his error: the denial of the place the Bible demands for itself: its inspiration, its inerrancy, its authority, its sufficiency, its finality.

Second Timothy 3:16 assures us, “All Scripture is breathed out by God and profitable for teaching, for reproof, for correction, and for training in righteousness,that the man of God may be complete, equipped for every good work.” Peter speaks of Scripture as God’s inerrant and inspired revelation of himself saying, “no prophecy of Scripture comes from someone’s own interpretation. For no prophecy was ever produced by the will of man, but men spoke from God as they were carried along by the Holy Spirit” (2 Peter 1:20-21). The writer to the Hebrews says that, because Scripture is God’s Word, it is “living and active, sharper than any two-edged sword, piercing to the division of soul and of spirit, of joints and of marrow, and discerning the thoughts and intentions of the heart” (Hebrews 4:12).

If any or all of these things are true, then we do not read and judge Scripture—it reads and judges us. We have no right to stand over Scripture; instead, we have the privilege of sitting under it as it does its work in and through us.