Writing a book is a team effort. Of course I’m the one who has to spend endless hours hunched over an endless success of books, tapping away on a keyboard and staring pensively out the window. So let’s be honest–I do most of the work. But still, there are lots of other people involved. I figured it would be fun to introduce you to some of the people who will play a role in getting my next book into your hands.

First up, I’d like to introduce you to Ryan Pazdur, a.k.a. Ryan the Editor. An Acquisitions Editor by trade, he has already helped convince the good people at Zondervan to take a chance on my next two books. And as we put together The Next Story, it will be his job to make sure that the book I write is worth the $12 or $15 I’m hoping you will spend on it. To him will fall the inevitable but thankless task of reminding me of a little thing called deadlines (I’m going to be late for everything, Ryan. Deal with it!). He will also be reading what I write and telling me what’s good, what’s bad and what’s just plain awful. He’ll work with me on content, on tone, on voice, on all of those things that make a book what it is. If the book stinks, you’ll blame me, but his boss will blame him.

So world, meet Ryan the Editor: 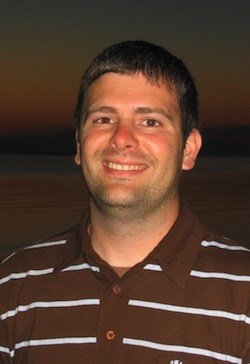 What does an editor really do? Sitting around reading books all day may sound to some people like the best job in the world. And certainly, that’s an important part of an editor’s work. An acquisitions editor (AE) spends quite a bit of time reading book proposals, attending conferences, and looking for worthwhile books to publish [in Canada we know this as schmoozing]. As the primary contact with an author, AEs typically work with authors to help them refine their proposal, structure their book, advise throughout the writing process, and make revisions to the manuscript. They serve as an advocate for the author and communicate the expectations of the publisher back to the author. From the proposal stage to the completion of a revised manuscript with solid content, AEs work back and forth with authors, clarifying ideas, altering the tone of the writing, and strengthening the content of the book. It’s a pretty amazing process, filled with lots of prayer, conflict resolution, and creative thinking. There is nothing quite as satisfying as holding a printed book in your hand after months of editing and revisions.

Ryan the Editor, works as an acquisitions editor for Zondervan on the church, academic, and reference resource team. He lives with his wife, Jen, just outside Grand Rapids, Michigan where he is also a father to two young children: Isaac (2) and Rose (1). When he is not struggling to meet deadlines and working through a backlog of book proposals to review, he has a hobby of reading commentaries and systematic theologies in his spare time. Of course, since he now spends most of his time changing diapers, taking ten minute naps, picking up toys, making weird noises to amuse his son, and day-dreaming about the old days when he could sit in a coffee shop with his wife and read books for hours on end, he never has any spare time and rarely reads something unless he is paid to do it or it’s a little book called the Bible. Still, he wouldn’t trade being a dad for the world and hopes to eventually read at least 60% of the books he owns, if only to prove that he is not addicted to buying books he never reads. Especially large, expensive books that complete commentary sets.

Ryan studied English literature and mechanical engineering at Hope College in the mid-90s and then spent a year trying to figure out what those two subjects had in common. Eventually, he gave up and followed God’s calling to a growing church on the outskirts of Grand Rapids (Corinth Reformed Church) where he spent the next four years attending seminary and working as a full-time pastoral intern. It was as an intern serving in children’s ministry that he first learned the truth that knowing lots of good stuff about God (i.e. theology) doesn’t do you much good if you can’t share the gospel with a third grade boy. After completing his MDiv studies at Grand Rapids Theological Seminary, Ryan served as the pastor of community life and outreach at Corinth for seven years (a nice, biblical number of completion). In addition to overseeing the local outreach, adult education, and small group ministries of the church, he had the opportunity to lead short term mission trips and travel around the world a bit. Secretly, he was searching for his wife, and he eventually found her while she was studying at Trinity Evangelical Divinity School and working as an assistant basketball coach for the undergrad girls team. It was also during his time as a pastor at Corinth that Ryan first began working for Zondervan, doing freelance editing of manuscripts, a job that eventually led to a full-time gig with the folks at Z (and the reason you are reading this right now).

Ryan continues to serve as an elder at Corinth church and will be graduating with a ThM in systematic theology from Calvin Theological Seminary in May, with a focus on the theology of Calvin, Edwards, and Bavinck. He has a deep love for Reformed theology and a passion to help people appropriate the power of the gospel and apply it to every area of life. He serves on the board of Borderlands, a worldview ministry for college students and young adults (www.borderlandsweb.com). He falls asleep watching sports on TV, does not own an Apple computer (but would gladly accept a free one), and drives a Honda Civic. Even though he is editing Tim’s book on technology, he has never sent a text message and thinks the whole thing is a waste of time (text messaging, not Tim’s book). Of course, he once felt the same way about Facebook and now feels like a hypocrite every five minutes when he checks for new status updates from his friends. He has driven through Canada several times, but would like to end his bio by confessing that he has never really worked with a Canadian before and thanks Tim for the opportunity.

Click here for more information on The Next Story.