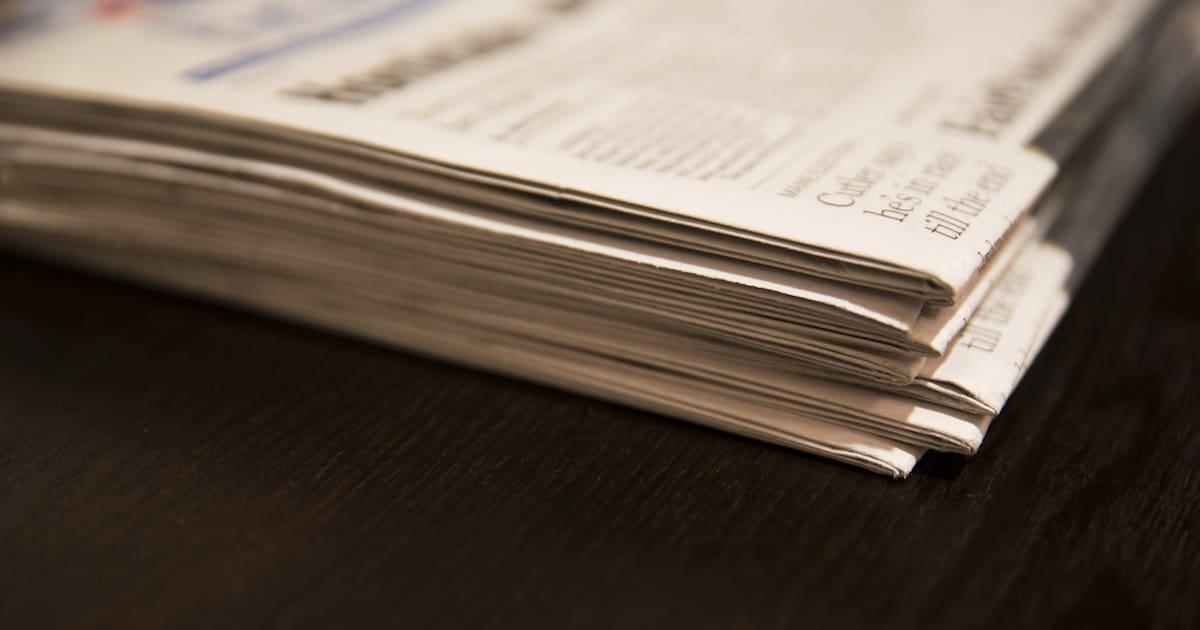 I’m not sure the news will ever be the same after the presidency of Donald Trump. While the industry has already been in a long decline, it seems to have entered into an era of near-insanity as the networks and websites compete against one another to set new standards in thoughtless, bloviating reporting. Whether those networks love or hate the president, they seem to be tripping over themselves and one another to say the most the fastest, to constantly editorialize on every decision, every step, every misstep. Reading the news has become a grueling, exasperating chore. Watching it has become almost unbearable.

Your eyeballs are the most important resource in the world to news outlets. They need your eyeballs on their ads so they can turn a profit. More than ever, they get eyeballs on ads through bold, catchy, hyperbolic headlines. Whether those headlines are true or whether they accurately describe the content of the articles is beside the point. The headlines matter more than the content that lies behind them. What matters to them is not whether you read the article, but whether you open the page and see all those ads.

Meanwhile, we are so inundated with news and information that we respond by reading widely but shallowly. We skim a hundred headlines rather than study one article. Our eyes flit over articles in moments but we rarely pause to read, to consider, to apply. We are being pummeled with more headlines than at any other time in history, but deep-reading less than ever before. This means we are gaining our knowledge through headlines—clickbait headlines. Our opinions and convictions are being shaped by words designed not to convey truth, but to generate clicks.

A recent headline includes the word “lunatic” in a story about North Korea’s Kim Jong-un. By the time we read the first word of the article, we’ve already fixed in our minds that we are reading about a man who has a mental illness or who, at least, acts in rash and irrational ways. But is it possible that he is acting thoughtfully and deliberately, even if very wrongly? It’s far more intimidating to consider that he is cold and calculating in his anger and threats than that he is a mere madman. He may be a lunatic, but we must not assume it just because a headline said so. We will read the news and understand the world very differently if we believe he is truly insane.

A new headline from Canada’s Maclean’s magazine is titled “Donald Trump’s mixed-up, muddled-up, make-believe economy.” Again, the headline is compelling and clickable. Eyeballs will land on their ads. But is President Trump’s economy mixed-up, muddled-up, and make-believe? Maybe, maybe not. But for it to be so and for you to believe it, the article needs to prove it, not simply the headline declare it. If we are in the habit of only reading headlines, of making headlines our source of information, we will have our opinions changed too quickly and on the basis of too little information.

It’s not just the mainstream media that does this. LifeSite News has an article headlined “Liberal actress demands airline punish employees who oppose transgenderism.” It tells how Lena Dunham complained to American Airlines that she heard two of their employees making remarks she considered transphobic. But there’s no indication that she demanded they be punished. She questioned the airline’s standards of practice, but nothing more. Many people will click the headline and get their eyeballs on the 11 banner ads it contains. But if they do more than skim, they’ll soon see the article does not prove the headline. It may fit the site’s narrative and entertain its readers, but it does not tell the truth.

And then there are Christian discernment bloggers out there. They, too, are dependent upon headlines to tell their story and make you click. And some of them, too, tell half-lies in order to get your eyeballs on their ads. They, too, make their money whether you read or skim.

And so it goes in an attention economy in which human attention is a scarce commodity and banner ads pay the bills. So it goes at a time of media gluttony, when we skim much but ponder little. As people of the Truth, we bear double responsibility to ensure our facts are straight, our knowledge is accurate, our convictions shaped by reality. Today, more than ever, we need to read deeply and consider wisely. Today, more than ever, we cannot allow our opinions to be formed by mere headlines. Until you read the article, don’t believe the headline!