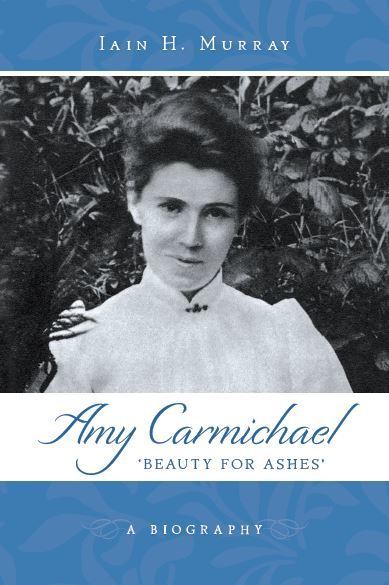 History is chock-full of fascinating individuals, and over time I am attempting to meet more and more of them through the pages of great biographies. Amy Carmichael is one of those people I had heard so much about, but I had never gotten around to actually reading an account of her life. But when I saw that Iain Murray’s latest work is a brief, accessible biography of Carmichael, I knew I had to give it a go. I’m glad I did.

Carmichael is one of those people who had an unusually powerful sense of God’s calling on her life, and an unusual level of dedication to the Lord and to his work. As a young woman she determined that she would dedicate her life to foreign missions, and this despite many trusted people in her life attempting to dissuade her. She left her native Ireland and soon settled in India where she became involved in rescuing women and girls from temple prostitution, saving them from lives of utter misery. In 1901 she founded Dohnavur Fellowship which soon grew into a bustling home for hundreds of abandoned or rescued young men and women. She penned many books and, through her life of service, convinced many other people–and women especially–to consider becoming missionaries.

Based on Murray’s biography, there are several things about Carmichael that stand out. The first is her unshakeable confidence in the Lord and in his purposes. Though she suffered deeply, and though she witnessed so much of the misery of others, she maintained utter confidence in God. Closely related is her confidence in her calling. Once she arrived in India, she never left–she remained there for her entire life and, as far as I can tell, never seriously entertained the idea of returning home to a more comfortable life and setting. She also determined that she would emulate George Muller in refusing to ask others to support her work; instead, she committed to prayer and relied upon God to provide all that her mission needed. Not surprisingly, God was faithful. In these ways and others she makes an interesting and important subject for a biography.

Of course she was human, so struggled with sin, and Murray deals well with her flaws. While he does not dwell on them or allow them to become the story of her life, he acknowledges that she was not without her temptations and theological foibles. The most unfortunate of these foibles was her tendency to allow subjective impressions to take the place of God’s Word in her life, directing her actions in ways that later proved misguided. She is hardly the first to succumb to this temptation, and a few occasions in her life show just how important it is that we keep impressions in their proper place–as impressions, and not necessarily as the voice of God.

Murray’s biography is short—almost too short—but it is powerful and tells the story of a fascinating life. There are many things we can, and undoubtedly should, learn from Carmichael’s life. This short work is a great place to begin.

(At the present time it looks like Amy Carmichael: Beauty for Ashes is available only at Banner of Truth.)