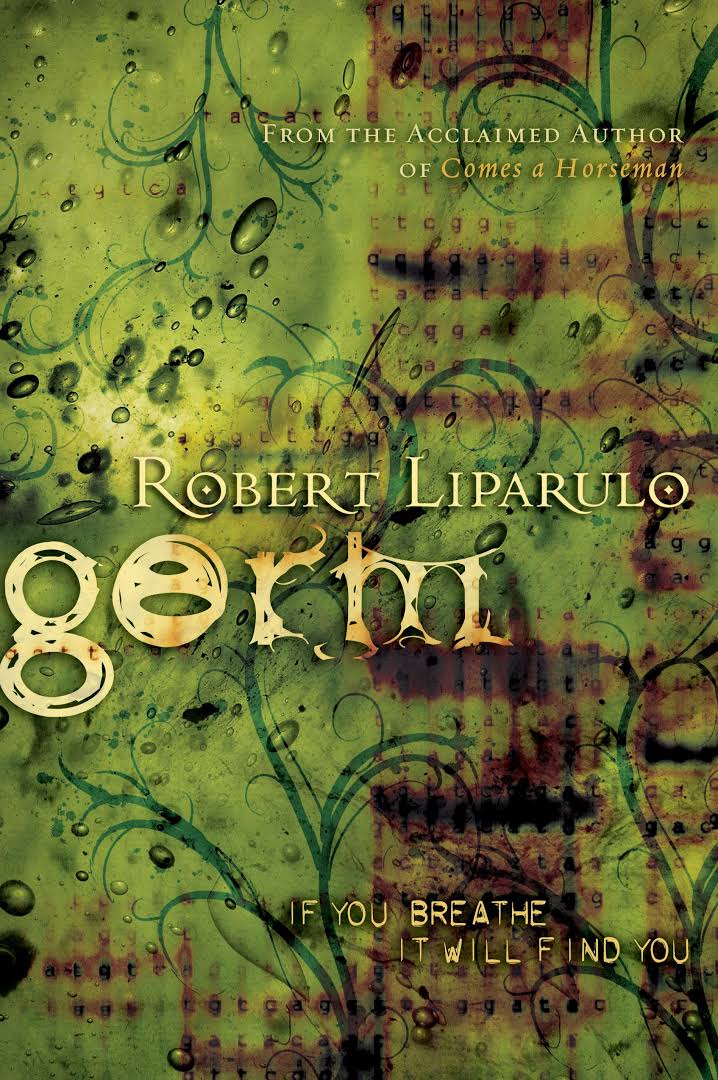 I do not read a lot of fiction. Of the titles I receive, I read only a small number since most do not interest me. Still, when a book looks as good as Germ looks (the cover is really catchy!), when the description mentions that the author’s previous book (Comes a Horseman) is being made into a major motion picture and when the current book had six Hollywood producers bidding on it before it was even completed, I thought it might be worth reading. The book promises to have “white knuckle intensity” and to be a “mesmerizing roller-coaster.”

The book is based around three “facts,” which may or may not be true. First, since 1962, all industrialized nations routinely administer the Guthrie test to their newborns. In the test, a sample is drawn from the baby’s heel to check for certain genetic diseases. Second, most of these cards, which contain identifying DNA, are stored in warehouses and never destroyed. Third, with the advent of gene splicing, scientists are capable of encoding viruses with human DNA. This gives viruses–germs–the ability to find specific DNA, specific people. You know, people like you. And so the book tells a tale of a scientist who has created a ghastly disease that seeks out only specific people based on their DNA. The motive is never made perfectly clear, but seems to be world domination. What else would we expect, really?

There are some books that rely on clever twists and intricately woven plots. There are others that rely simply on brute force. Sadly, Germ is a book that relies heavily, and perhaps almost exclusively, on brute force. Whenever the story begins to slow down, the reader should not expect something surprising or clever to happen. Rather, he should expect blood, gore and splatter. The same scenes play themselves out time and again. This is a book that relies on implausibility – one man having access to the DNA of nearly the entire population of the United States, both government and non-government agencies having near-omniscience, and men and women able to withstand ridiculous amounts of injury and pain. It relies on computers that can hack into any database in the world, of people being able to pass unnoticed through high security and people easily being able to track others anywhere in the world. It is, of course, fiction, so the author can take whatever liberties he likes. But for a book that is positioned as “could be true,” this goes beyond implausible into the realm of ridiculous.

Frantically paced and filled with gratuitous blood, gore and violence, Germ was intense, but also intensely annoying. While it begins with a bang, it ends with barely a whisper. By the end of the book I only wanted the story to end rather than having to endure another chase, another shooting, another round of bloodshed, another person disappearing into “a chunky mist of red and black” as he is blown away by a machine gun. It all got so tiresome, so over-the-top.