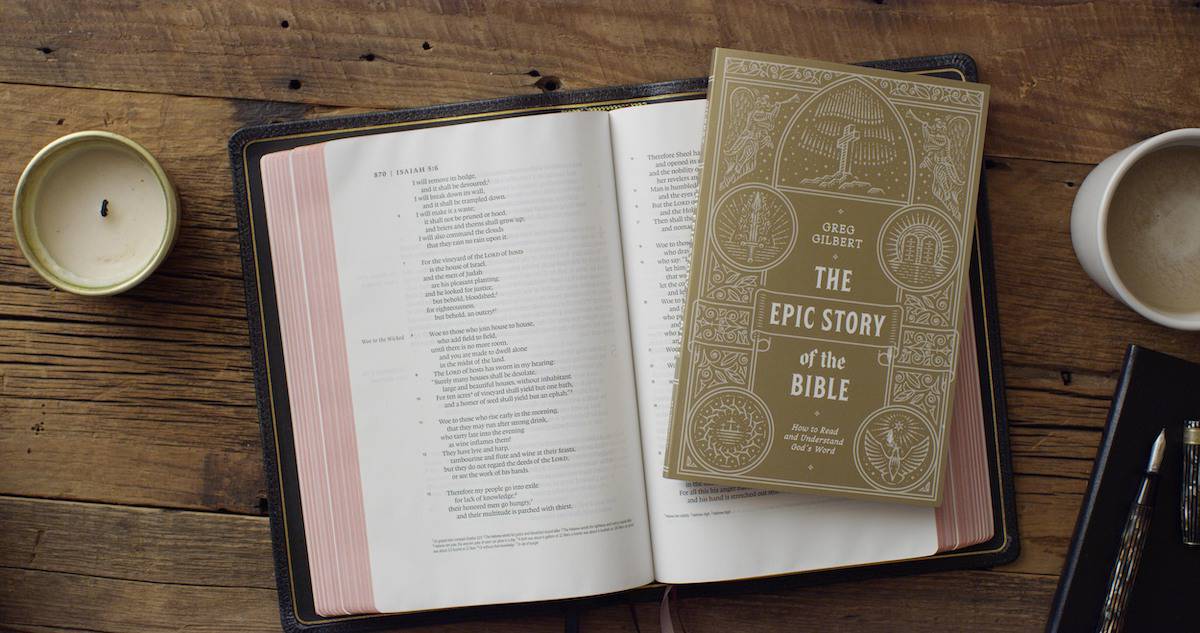 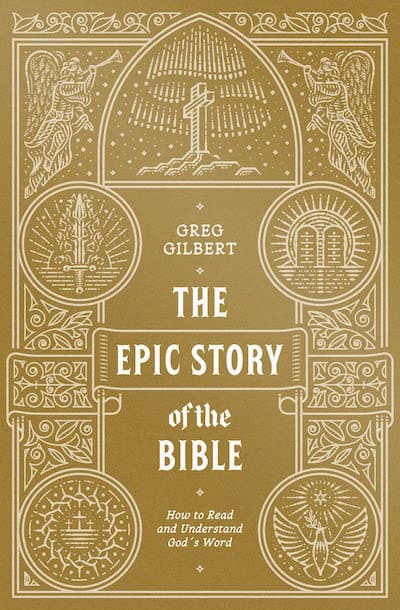 It’s little wonder than that Christians have often written books meant to help introduce people to the practice of reading the Bible and to help them read it profitably and in its entirety. New among them is The Epic Story of the Bible: How to Read and Understand God’s Word by Greg Gilbert. Using his own trek to Mount Everest (base camp, not summit) as a backdrop and illustration, Gilbert says his book is meant to “give you a briefing about what you’re going to see, what you’re going to experience, what you should look for and look out for as you set off on the long trek of reading the entire Bible.”

The key to reading the Bible well, he says, “is to understand that all of those authors and books—all 1,189 chapters of them—are actually working together to tell one overarching, mind-blowing story about God’s action to save human beings from their high-handed rebellion against him, and from the effects and consequences of that rebellion.”

That story is nothing short of epic as he illustrates in this very brief overview: “Wars between angels rage in the spiritual realm, while on earth kingdoms rise and fall, empires clash, cities are built and destroyed, priests perform sacrifices, and prophets point their bony fingers to the future. And in the end, a great throne is toppled and a great crown falls to the ground, only to be given finally to one thirty-year-old man—a subjugated peasant from a conquered nation—whom God enthrones over the entire world as the one who alone can and does offer mercy to rebels. If there’s ever been an epic story told in the history of mankind, this one is it!”

A story so epic is certainly worth reading and Gilbert means to help by introducing his readers to some of the things they will encounter and come up against as they attempt to do so. He begins with a description of what the Bible is and where it came from. From there he traces its grand storyline in a way that may be at least somewhat familiar to those who have read Graeme Goldsworthy—an author whose work on this subject Gilbert much admires.

Having done this, he turns to some of the major themes readers will encounter as they make their trek from Genesis to Revelation, which is to say, he introduces some biblical theology, a practice that “tries to see how different truths sit and develop as the storyline of the Bible unfolds.” In other words, rather than systematically studying what the whole Bible says about a theme, it studies how a theme develops from beginning to end and how it helps propel the narrative forward. Thus over four chapters he traces the theme of God’s presence, the theme of covenant, the theme of kingship, and the theme of sacrifice. The final chapter, “Setting Out,” offers a number of tips and practices that will assist people to make the journey well and to take it all the way to completion.

It is an unfortunate fact that many Christians have read parts of the Bible, but have never read the whole Bible. They have read parts of the narrative, but never followed it all the way through. They don’t know what they are missing! The Epic Story of the Bible is meant to help them not only learn what they are missing but also help them to set out and complete that epic, beautiful, and rewarding trek. And I am convinced it will serve well in accomplishing that very purpose. I highly recommend reading it—and highly recommend buying a few extra copies to give away to others so they, too, can embark on a life-changing journey.