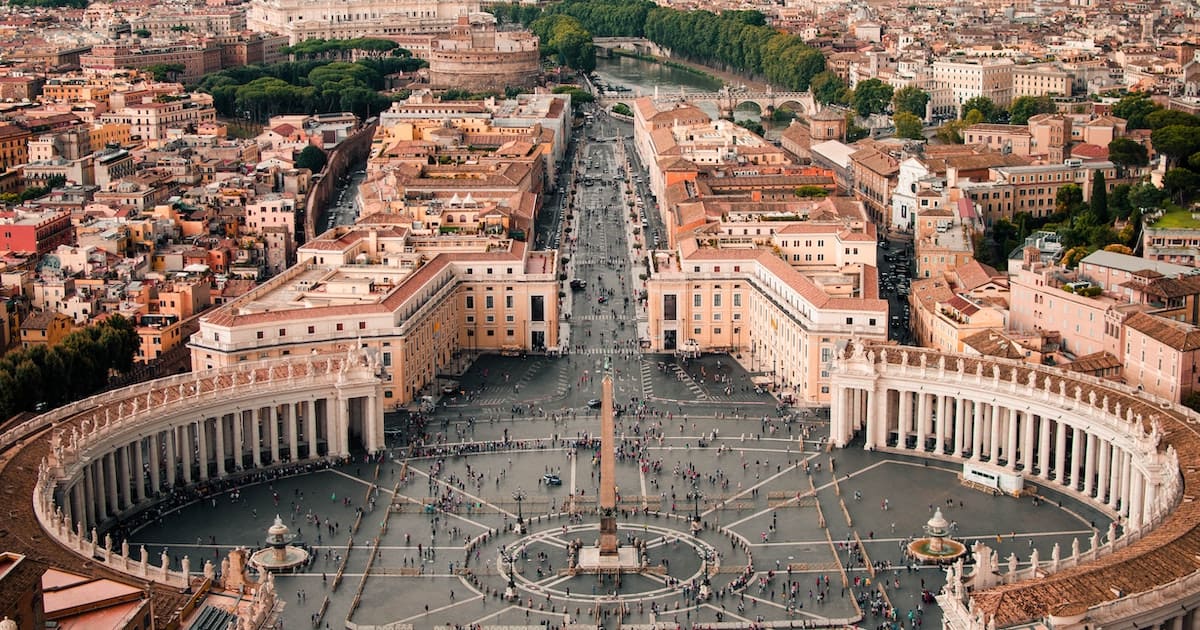 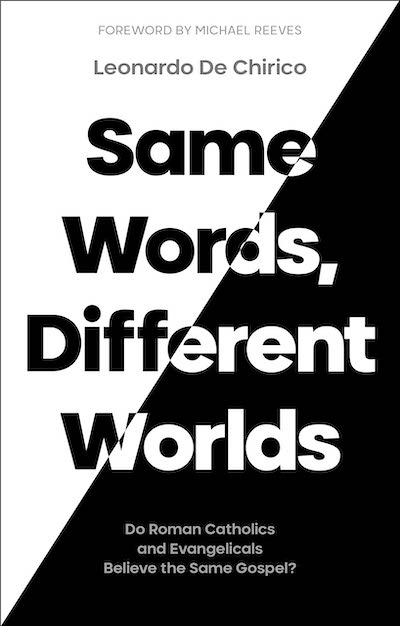 I have been meaning to write a review of the latest book by my friend Leonardo De Chirico: Same Words, Different Worlds: Do Roman Catholics and Evangelicals Believe the Same Gospel? Leonardo is a pastor and scholar in Rome whose primary area of expertise is a Protestant perspective on Roman Catholicism. In this review, written by missionary Glenn Ainsley, you will learn why this book is interesting, informative, and helpful.

Like most evangelical Christians who were raised under the influence of the American “Bible Belt,” Catholicism has always been near, but never influential. It has always been known, but never understood. To me, and many other American evangelicals, the idea of Catholic doctrine has always been limited to a fuzzy concept of confessional booths, prayers to the saints, transubstantiation, purgatory, and some sort of global connection to a man in white on the other side of the world. This “segmented” understanding of Catholic theology fosters an indifferent and unprepared approach towards sharing the gospel with our Roman Catholic friends. In the unlikely event that we do arrive at the gospel in conversation, it will likely avoid all of the assumed “secondary” doctrines mentioned above to focus on our friend’s most self-damning belief of salvation by works. Unfortunately, our poor understanding of Catholicism will render our witness ineffective when we learn that our friend does, in fact, profess “salvation by grace”. At best, we walk away confused. At worst, we will never engage our Catholic friends again.

In Same Words, Different Worlds, Leonardo De Chirico addresses the underlying misconceptions that cripple so many American evangelicals’ understanding of and interaction with Catholic theology. The book shows “why the Roman Catholic words are similar to those of the gospel and yet the Roman Catholic language is different from the gospel’s language” (2). To rephrase the purpose, this book will help evangelical believers to understand why their Catholic friends confess the same gospel as us in words, but live it so differently in practice. We are using the same words to describe dramatically different worldviews. De Chirico demonstrates that a correct understanding of Catholic theology, and therefore an effective gospel conversation with our Catholic friends, requires a “holistic” understanding of Catholic doctrine based on a clear definition of the words they use to build that doctrine. The author effectively does this in the following ways:

The first chapter of this book is dedicated to an honest evaluation and response to many common arguments meant to minimize the differences between evangelicals and Catholics. These arguments are propagated in the name of ecumenical unity based on a common history and / or future. As the reader will see, however, much of the assumed history only looks the same on paper and does not reflect a common theology in practice.

The second chapter begins a thorough investigation into the definitions of many common theological words used by both evangelicals and catholics. It is not enough to base ecumenical unity on the fact that both traditions use phrases like “the word of God” or “the sacrifice of Christ.” Salvation, justification, grace, and mission are all words embraced by both traditions, but they express and invoke totally different meanings of theological importance between the two. If one wishes to communicate clearly with his or her Roman Catholic friends, it is of utmost importance to understand how our common vocabulary has been twisted into unbiblical mutations by the Catholic church.

Most evangelical Americans will find the third chapter extremely helpful as De Chirico helps to remove the ambiguity behind distinctly Catholic concepts like the papacy, mariology, and indulgences. These terms, while mysterious to the majority of evangelical Americans, encompass a large part of the identity of Roman Catholics. In a very brief but efficient manner, De Chirico offers a historical and biblical assessment of these distinctly Catholic traditions and how they influence the church’s understanding of key doctrines.

Although moving beyond the definition of ambiguous words, I found chapter four to be the most enlightening section of the book. After establishing the historical and theological differences hidden under shared vocabulary, De Chirico introduces two different axes that hold together the unity of Roman Catholic theology. It is in this chapter that one begins to truly understand how all the ambiguous and fringe practices we recognize as distinctly Catholic, along with the distorted meanings of shared vocabulary, work together holistically within the Catholic worldview.

These two axes, defined as 1) a nature-grace interdependence and 2) as a Christ-church interconnection help to frame where and how the extra-biblical doctrines and devotions that seem so foreign to evangelicals have developed over time. Once one comprehends the Catholic understanding of grace existing within nature, rather than as something that comes to us from outside our nature, their salvific doctrines and their devotion to the sacraments begin to make sense to us. Once we understand the intrinsic relations Catholics have made between the physical presence of Christ in the church, practices such as their veneration of the Eucharist and their confessions and prayers become better understood. Both of these axes are built on biblical terms that have either been redefined or misinterpreted in a way that liberates Catholic theologians from the orthodox confines of the authority of Scripture. If the evangelical church fails to recognize this, it runs a grave risk of seeing unity where discord exists. It runs a great risk of affirming orthodoxy in Catholic theology that is intrinsically unorthodox.

As an American, now living in a distinctly Roman Catholic and southern European context, this book has been instrumental in helping me to form a mental framework for the culture and the worldview around me. This book represents 10 years of research and discussion around vast and complex amounts of theological material. It has been organized and presented in a manner that delivers clarity to scholars, pastors, and laypeople alike. Regardless of the reader’s current interest in, interaction with, or proximity to the Roman Catholic church, this book should be highly recommended as a means to better understand and dialogue with those who claim we are all brothers.

Same Words, Different Worlds is available for purchase at Amazon. Glenn Ainsley is a missionary with IMB and worships at Chiesa evangelica battista riformata in Ferrara, Italy.