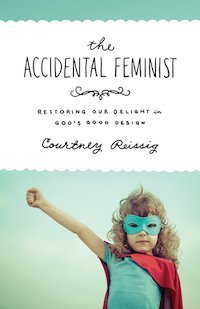 Caitlyn Jenner is on the cover of Vanity Fair. Caitlyn used to be known as Bruce, of course, but now it’s Caitlyn, and Caitlyn has slowly become the face of our culture’s new relationship with gender. Gender, we are told, is merely a social construct, untied from sex and unleashed from masculinity or femininity. The clear demarkations of days gone by have been replaced by endless shades of gray.

The Bible describes something very different. The Bible describes masculinity and femininity as being distinct, and it describes both of them as reflecting something unique and important about God himself. Femininity is the subject of Courtney Reissig’s new book The Accidental Feminist: Restoring Our Delight in God’s Good Design.

Reissig describes herself as an accidental feminist, someone who became a feminist simply by imbibing the cultural ethos. Even after she became a Christian she continued to filter the world through a feminist lens consistent with her dead-simple definition of feminism: “equality equals sameness.” Feminism teaches that the only way to achieve equality is to eradicate distinctions. And this kind of thinking is as alive within the church as without.

Feminist thinking isn’t found only outside the church. It’s within the church. It’s within my thinking. It’s within yours too. … Feminist ideology is not relegated to the brash Gloria Steinem types, or even the female executive with the corner office. Rather, feminism rises up in ordinary women in our congregations, homes, and in the least obvious place, the mirror. Feminism is in the core of our hearts apart from the saving work of the shed blood of Christ, and not simply because we are militant against male authority, but primarily because we are opposed to the greatest authority of all—our Creator.

There is a better way—God’s way. In God’s world distinction exists in order to point to eternal truths. “Your gender is not some arbitrary construct of your upbringing, culture, or even your own desires. It is part of who you are.” “When God created male and female in his image, he was telling a very important story about himself, his glory, and what he needs us to understand about him as our Creator. The fact that you were created as a woman has meaning.” Reissig says rightly that “when we get womanhood wrong, we tell a wrong story about Christ’s relationship with his bride. We tell a wrong story about God. We essentially say that God has not really spoken.” And, again, “Womanhood is about God. You were created as a woman to image God to a watching world. When you deny that, or treat it as irrelevant, you are not reflecting the glory of your Creator like you were designed to do.”

Through 7 packed (and occasionally wordy) chapters she explores difficult topics like women’s roles in church and home, bodies and beauty, and, of course, the dreaded “s-word”—submission. In every case she looks first to the truth as the Bible describes it, and then works toward helpful and realistic application. Always practical, she extends her application across demographics, from single women to married and from young women to older ones.

At the end of it all she proclaims, “We aren’t turning from feminism because we want to win a battle or prove how right we are. We are turning from feminism because ultimately we want to yield our spirits to the will of the God who created us in his image, for his glory, and with a beautiful and distinct purpose—to display his glory as women.” There is no better motive than that. 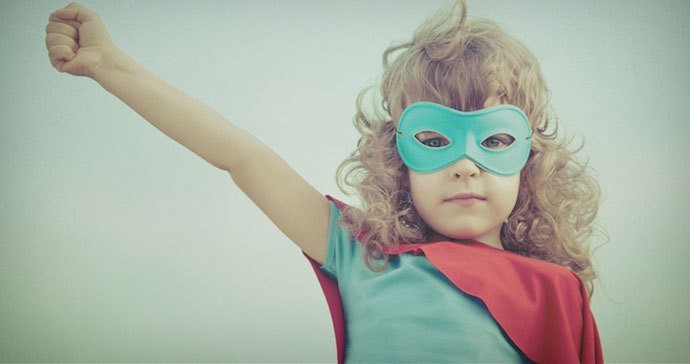