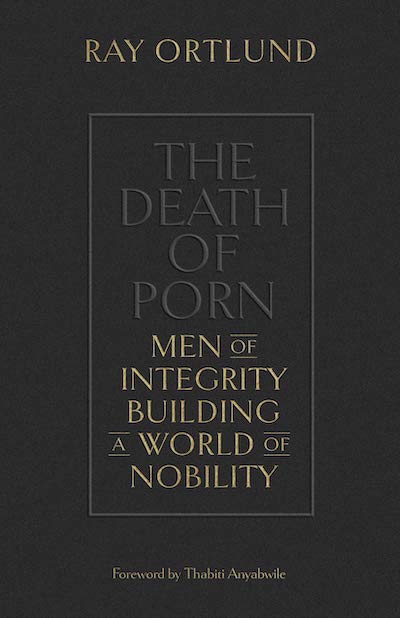 There was a time, and it was not so very long ago, when the Christian world was tragically under-resourced when it came to books confronting pornography and the men who indulge in it. At that time just about any resource was better than nothing if only it would help men make headway against their addiction.* Today, though, we are extremely well-resourced when it comes to such works and a new book must have something unique to offer if it is going to displace or complement the other ones on the subject. I’m glad to report that Ray Ortlund’s The Death of Porn is just such a book.

The Death of Porn is a series of six letters from Ray Ortlund to younger men, or, if you prefer, from a father to a son. It is written in a way that is both paternal and pastoral, in a way that is both soft and firm, both encouraging and rebuking. “This book is not about you just getting polished up a bit here and there, making yourself more socially presentable. It’s about your heart finally daring to believe in your true royalty. It’s about the ‘real you’ gaining traction for new integrity, especially in honest brotherhood with other men. It’s about you, with other magnificent young men like you, building a new world of nobility, where both men and women can flourish.”

The words “royalty” and “nobility” are key. In his first letter, Ortlund explains the dignity God has given humanity by virtue of our special place in his creation as creatures made in his image. “Your identity—who you really are—is found in the King you represent. You are his royal ambassador to our broken world.” Not only that, but this royalty has been affirmed and restored to us through the life, death, and resurrection of Jesus Christ.

In the second letter, he turns his focus from men to women to show that they, as much as we, are royalty. “God created every woman with high dignity and immeasurable worth. Whether or not any woman herself believes it, this is still true: God created her for majesty. God is why she matters. And no one has the right to degrade her, since God has dignified her. Whoever a woman is in his sight—that’s what she’s really worth.” There are serious implications to this. “I’m asking you to change how you see that woman on the porn site. I’m not asking you to make anything up. I’m only asking you to accept the way God sees her. He is on her side. He is indignant at the ways she is objectified, monetized, and mistreated.”

And it is in this chapter that Ortlund begins to land some heavy blows, to pummel men with the sheer horror of what they do when they indulge in pornography. So here, for example, is his explanation of what a man tacitly says to a woman when he looks at her on that screen.

Yet he does not fail to offer hope, for in his third letter he shows that Jesus, too, is royalty, and that “he is better at saving than we are at sinning.” He is eager to forgive us our sins and to transform our desires and deeds.

His book is unique in its format, unique in its writing, and unique in its authorship. Ortlund is not a younger man joining with his peers to offer them a soft shoulder, but an older man who is pleading with those who are younger to embrace who they most truly are in Christ. And sometimes slapping them down. He writes with love, with firmness, with the best kind of intensity.

(Note: While the use of pornography is by no means limited to men, they are the audience for this particular work.)