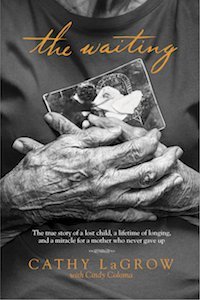 There are some stories that are too remarkable to not be told. This one begins in 1928 with sorrow, with tragedy:

I have an unfortunate girl in my congregation that expects to give birth to a child about the end of this month. I have investigated her case and am convinced that she was the victim of a dastardly crime of assault. She comes from a good family and has been staying with relatives in Sioux City. Could you take her in and help her when her time comes? Her family is not wealthy, but they will pay whatever your regular fees are.

I must mention, too, that her people want her to give her baby away since the father is a fugitive criminal, but the girl seems rather inclined to keep it, possibly you can give them the best advice. Do you find good homes for such children? Of course, they would prefer a Lutheran home.

I would greatly appreciate an early reply.

The girl in question was sixteen-year-0ld Minka DeYoung, and as her pastor explained, she had been the victim of a violent assault. She and a friend were walking together one afternoon, when they were lured by strangers and raped. They had no categories for what had happened, for they had little knowledge of biology and not even a rudimentary knowledge of sexuality. Yet they understood that what had happened to them was shameful, so they told no one. It came as a complete shock to Minka when, several months later, she learned she would have a baby. At that time there was only one recourse for an unwed mother in respectable society—she would be sent away until she gave birth, and her child would be adopted by another family. This was done to protect the reputation of both mother and child.

Minka did not want to surrender her child. She loved her baby from the moment she learned she was pregnant. When she at last gave birth, she loved her even more. She was willing to be scorned for the sake of her daughter but, convinced that it would in the girl’s best interests to not have to bear the shame of an illegitimate birth, Minka gave her away. It nearly broke her heart.

But that is not the end of the story, of course, and that’s why Minka’s granddaughter wrote this book all these years later. For almost eighty years Minka prayed for her daughter, dreamed of her, and longed to know what had become of her. Then, in her nineties, as she watched one after another of her friends and family members go the grave, she prayed these words: Lord, I’d like to see Betty Jane before I die. And, wouldn’t you know it, a series of events unfolded that finally brought them together.

The Waiting is their story, “The True Story of a Lost Child, a Lifetime of Longing, and a Miracle for a Mother Who Never Gave Up.” It is a powerful, beautiful read and I can’t recommend it highly enough.