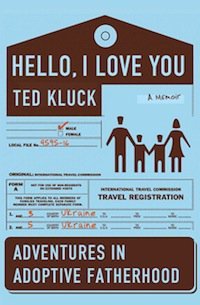 Buy from Amazon Buy from WTS Bookstore
I have just one memory that involves Ted Kluck. A year ago, maybe a little bit less, he and I were together in Chicago at a small gathering of young(ish) Christian authors. Ten or fifteen of us were gathered there, sitting around a group of tables in a hotel conference room. We had the opportunity to spend an evening with D.A. Carson, the D.A. Carson, to ask him any question we wanted. It’s no small thing to have open access, even for an hour or two, to one of the world’s greatest theologians. The questions were flying fast and furious. Unfortunately for Ted and for me, we were the only two there who weren’t involved in some level of graduate degree in theology. I was rooming with a guy who, if I have it right, is significantly younger than me but the owner of two PhD’s. Meanwhile, I have a three-year degree in history and Ted, well, he’s a former football player who undoubtedly took a few knocks on the head along the way. Ted and I sat opposite one another at this table, both feeling like the dumb guys. We didn’t understand the questions and we sure as shootin’ didn’t understand the answers. Later we commiserated, celebrating being the dumb guys. It’s a good memory.

But really, that memory has very little to do with this book review, a review of a book dealing with adoption.

Adoption is all the rage today. Is that an obnoxious thing to say? I simply mean that lots of Christians, and Reformed Christians in particular, are talking about adoption and, even better, getting involved in adoption. In recent years we’ve seen the birth of a great organization and conference dedicated to it and we’ve seen the release of a couple of excellent books on the topic. Best of all, we’ve seen more and more people actually adopt children, welcoming them to their homes, to their churches. Like many of you, I’m excited for this trend and hope it continues.

A new book on adoption, and one that is quite a bit different than the rest, is Ted Kluck’s Hello, I Love You. This is essentially a memoir, a story written during the time that Ted and his wife Kristin adopted two boys from Ukraine. As such it provides a gut-honest look at the trials, the tribulations and the eventual joys of adoption and, in this case, overseas adoption. Along the way it covers topics like infertility, international travel and spiritual depression.

One of the strengths of this book is the wry sense of humor Kluck maintains throughout. Though he deals with a serious topic, he allows his sense of humor to shine through. He’s adept at finding the humor in just about any situation. It’s not often of the laugh-out-loud variety, but it’s humor nonetheless. One of the weaknesses of the book, strangely enough, is this same sense of humor. Different people have different tolerances, I suppose, for the extent and the amount of the humor and I found that after a while it got a little predictable and maybe just a little bit too much. The same goes for Kluck’s honesty. Yes, I wanted him to be honest about what they encountered and how they dealt with it, but at times it seemed like he stubbed his toes against some kind of a line and occasionally crossed it.

I have to say, though, that neither one of those little complaints did much to temper my enjoyment of the book. And certainly neither one would keep me from recommending it. The book is successful exactly because of Kluck’s honesty about the trials that came with the adoptions. As I, the reader, read about yet another roadblock, I wanted Ted and his family to overcome it. As the final paperwork was complete and as they headed home with their son, I rejoiced along with them. Somehow all of those trials made the joy more complete.

This is not a textbook for adoption and not a theological defense of it. Instead, it’s a memoir, a story of adoption. And it works very well on that level, as narrative. But it also works well in pointing subtly to the bigger point of the spiritual reality inherent in adoption and the spiritual struggles so often encountered by those who pursue it. And besides all of that, it’s a fun book to read. Win, win. It’s pretty good for a fellow dumb guy.