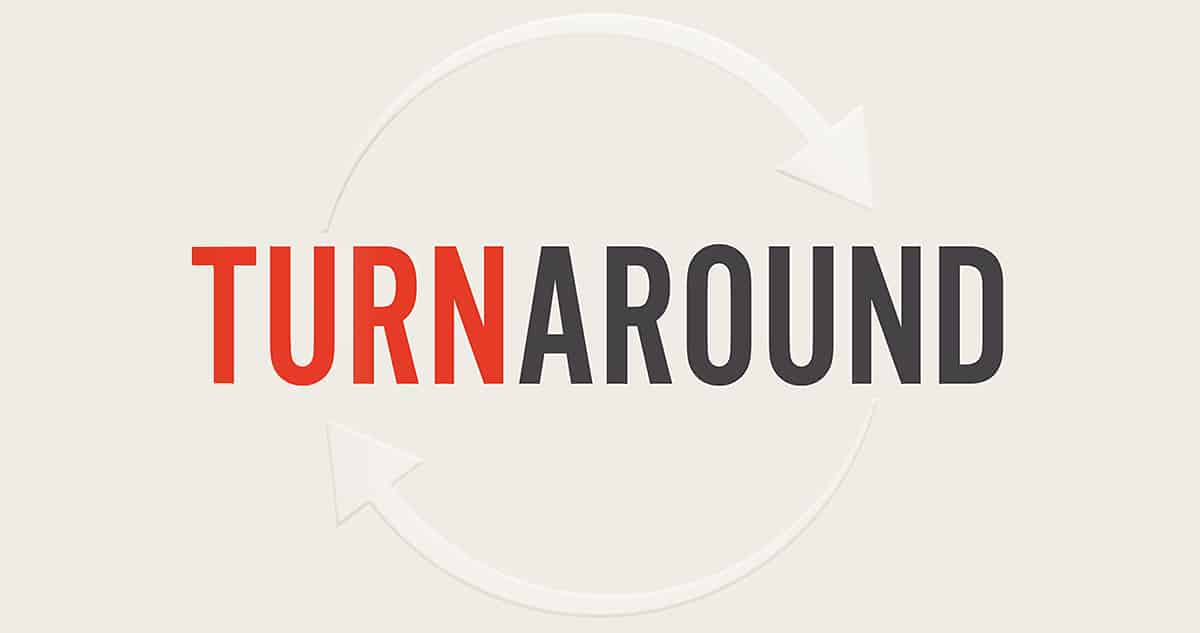 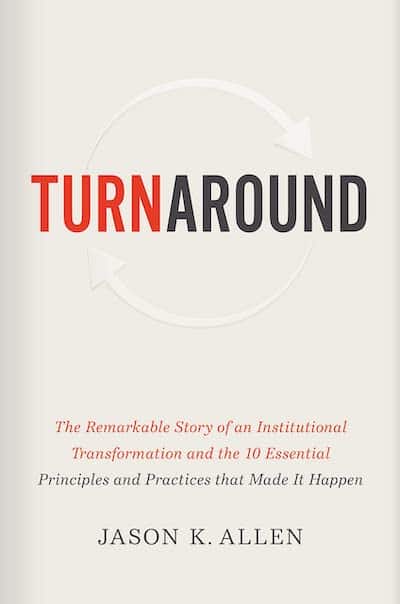 There are a lot of people in the world who are in positions of leadership, but there are not a lot of true leaders. There are many people who achieve positions of prominence, but few who can back up that position with the ability to lead. And though the shelves of bookstores are groaning under the weight of all the books dedicated to the topic, and though they seem to sell in such vast quantities, still few of us can say we are being led well.

New to those shelves—the shelves, at least, of stores that sell Christian books—is Jason Allen’s Turnaround. For the past 10 years, since he was 35 years old, Allen has been the president of Midwestern Baptist Theological Seminary. He took on the position at a time when the seminary was in grave peril—it was mired in controversy, burdened with debt, and financially upside-down. Its campus facilities were in a state of disrepair and its faculty undistinguished. Little wonder, then, that there was talk of closing it down.

Today, though, MBTS is a thriving and world-class institution that is financially solvent, that has strong campus morale, that features some lovely new buildings, and that is the envy of many other seminaries. Under Allen’s leadership and through God’s kind providence it has experienced a significant turnaround.

That turnaround forms the narrative thread that is the basis of Allen’s book. “This book,” he says, “turns conventional leadership wisdom on its head. I am not a leadership expert hocking new insights or new approaches, nor do I plan to sell you a never-ending stream of leadership resources. In fact, I’ll make another confession: if you’re looking for a leadership guru, you’ve come to the wrong place.”

Faithful leadership is actually simple, he insists. That’s not to say it’s easy. But it is foundationally simple. Leadership, he argues, “is largely intuitive, commonsensical, and yes, spiritual in nature.” That intuitive, common-sense, spiritual kind of leadership is described in the book’s ten chapters. In the first he describes the importance of knowing your specific context and in the second the significance of strong convictions. From there he moves to defining mission and pursuing vision. He shows how leaders must cultivate trustworthiness, cherish the teams they put in place, and insist on accountability for themselves and others. He writes about stewarding money well, communicating clearly, and fostering just the right kind of culture. He continually uses the turnaround at Midwestern as an illustration of these principles in action.

I have long observed that some of the most effective books are those that describe principles through the lens of narrative, and in this book Allen does that with great effectiveness. He illustrates 10 essential principles and practices in the remarkable story of an institutions’s transformation. It is interesting, it is helpful, and it is challenging—challenging to anyone who is in a position of leadership, whether in home, in church, in business, or anywhere else. I am glad to recommend it.