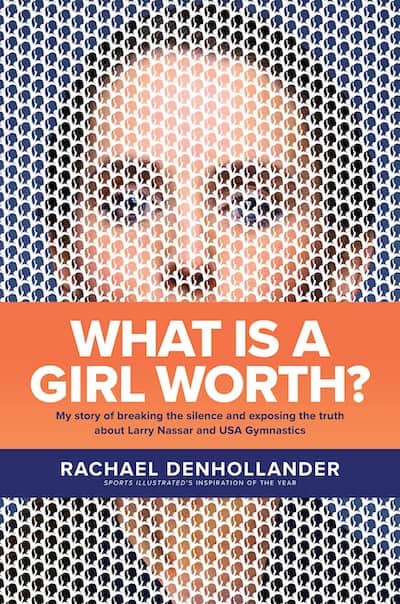 Rachael Denhollander’s What Is a Girl Worth? is a hard book to read. But it’s also an important book to read. While it tells of the horrendous crimes perpetrated by just one man, it warns that many similar crimes have been and are being perpetrated by a great many other predators. While it focuses largely on one woman’s suffering, it reveals how so many other victims have suffered as a consequence of crimes committed against them. And while it tells of how one evil individual received justice, it offers conviction and hope that many others can as well. (Denhollander was the first woman to bring public accusations against former USA Gymnastics team doctor Larry Nassar, who was subsequently found to have sexually abused hundreds of young girls.)

In place of a full review, I would like to offer a number of ways in which I consider What Is a Girl Worth? a particularly helpful book.

First, the book reveals the ways in which sexual predators prey upon their victims and how they get away with their crimes. We may convince ourselves that we would be able to identify a predator who was attempting to prey on those we love, but this book shows that we tend to have too high an assessment of our own abilities. We may convince ourselves that we would immediately identify such sexual abuse and speak up against it, but this book shows how and why that is so often not the case. The fact is that Larry Nassar, like many other predators, was a master of gaining confidence and then deceiving and exploiting people for his own pleasure. He could make eye contact with a mother while in the very act of abusing her daughter and still be thought a kind, caring, and considerate man. If you read What Is a Girl Worth?, you will see one master manipulator at work and hopefully gain a kind of helpful humility.

Second, the book explains that sexual predators deliberately work their way into communities in which their position will give them access to potential victims. They look for communities in which they will be given positions of trust and access to vulnerable people. If this is true of the world of gymnastics, it is equally true of the church. As Christians, and especially as Christian leaders within local churches, we bear the sacred responsibility of keeping watch against such people, not fooling ourselves into thinking it could never happen here and never happen to people like us. We must care for children and vulnerable adults. This requires education and vigilance, of course, but it also requires policies that guard against sexual exploitation and procedures for dealing promptly and properly with accusations.

Third, the book clearly explains how Denhollander’s Christian faith was key to interpreting what had happened to her, key to coming to terms with it, and key to her pursuit of justice. We cannot understand her apart from that deep-rooted commitment. In many places she is careful to describe her love for Jesus Christ, the nature of her faith, her reliance upon God, her trust in his providence, and her joy in the gospel. In fact, she clearly and unashamedly shares that good news on a number of occasions, making this a book that the Lord may use to cause its readers to see and believe the hope of the gospel.

Fourth, the book shows how predators are so often protected by the systems around them. USA Gymnastics and Michigan State University both protected Larry Nassar at least in part because of the cost to themselves if he was found guilty. They dismissed or buried accusations lest they be tainted by his scandal. Any organization or community is prone to do this, and for the sake of truth, justice, and healing, must be willing to put the interests of victims far ahead of its own. Part of the heartbreak in this situation and so many like it is the knowledge that it could have been stopped so much sooner.

It’s a deep sorrow that What Is a Girl Worth? had to be written at all. Though it is at times a sad and sickening read, we cannot and must not flinch from the reality it describes. My hope and prayer is that Denhollander’s long labor on this book will make a difference within the church and outside of it. My hope and prayer is that it will be used to identify and stop other predators long before they bring such pain and devastation to their victims.