While most of what finds its way into my mailbox is books, I also receive a surprising amount of music. This works out well since I happen to love listening to music while going about my daily work. Here are a few new and noteworthy albums you may want to take a look at. 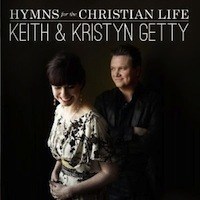 Hymns for the Christian Life – It’s always noteworthy when Keith and Kristyn Getty release a new album. Keith Getty is one of today’s foremost Christian hymnwriters who, along with Stuart Townend, has sparked a resurgence in hymnody with such songs as “In Christ Alone” and “How Deep the Father’s Love.” This new album “comes from the challenge to consider not just what we sing on those occasions when we’re all together but how the shared lyrics of our faith speak into all the moments in between. Musically, Hymns for the Christian Life reflects both the Celtic and American folk traditions, old and new world brought together, just as we lean on the rich legacy of Church music we already have with songs written for the life of the Church today.” It is available at Amazon or iTunes. 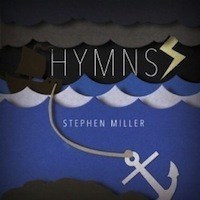 Hymns – Hymns is a new album from Stephen Miller who leads worship at the Journey Church in St. Louis (where he ministers with Darrin Patrick). The album consists of eleven traditional and contemporary hymns set to new arrangements of the traditional melodies. In other words, it’s quite a straightforward album that revisits a collection of everyone’s favorite hymns. The album is available at Amazon or iTunes. 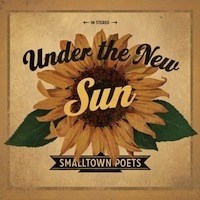 Under the New Sun – Smalltown Poets were one of my favorite bands back in the day (by which I mean the 90’s). Their first two albums would still rank on my list of all-time favorites. Now, all these years later, they’ve released a new EP titled Under the New Sun. They say they’ve “gotten back to our beginnings by crafting lyric-intensive songs from the ground up, doing our best to turn a few phrases, sneak in a few puns, and challenge our listeners to dive in and bring their own imaginations.” It’s a fun album that is very consistent with the good old days of Smalltown Poets and Listen Closely. You can check it out at smalltownpoets.tv.