The Eric Liddell story is well known. We all know the broad outline: He was one of Great Britain’s great hopes at the 1924 Olympics, he refused to race because of his Christian convictions, he switched races and won an event he had barely trained for, he left it all behind to travel to China to serve as a missionary, he died there in a Japanese prison camp. It’s an amazing story, really.

I was recently reading For the Glory, a wonderful new biography of Liddell, and came across a sweet little vignette that happened much, much later. His wife, Florence, was now many years into her widowhood (and, in fact, had now been widowed a second time). Here is what happened:

One evening Florence sat on the couch at her daughter Heather’s home and watched a reel of celluloid she’d never seen before. It was Pathé’s black-and-white film of Liddell’s 400-meters win in Paris. She saw then what anyone can view now on YouTube. The focus on his twenty-two-year-old face. Those long fingers resting on his hips. That number—451—on his shirt front. The crowd massed steeply behind him. That stare down the line and the curve of the Colombes track before the gun releases him on the race of a lifetime. His fleet feet pounding along the cinder. The spray of that cinder as he runs. His head thrown back. The snap of the tape.

“She couldn’t believe what she was seeing,” remembers Heather. Florence leaned forward on the very lip of her seat, oblivious for more than a full minute to absolutely everything except the scene played out in front of her on a twenty-one-inch television. “It was as if she was there with him, sitting in the stand,” adds Heather. As the race began, Florence was lost in the brightness of it. She even yelled: “Come on, honey. You can beat him. You can do it.”

The last frame of that film shows Liddell after his triumph. He is accepting a congratulatory handshake. The image lingers, freezing him in that pose for a while—the splendor of the man he’d once been so apparent. Florence stood up and looked at it as though in that moment she was remembering every one of the yesterdays she had spent beside him. She bowed her head, raised her hands to her face, and began to weep.

She had never stopped loving him and missing him until, at last, in 1984 she went to be with him in heaven. 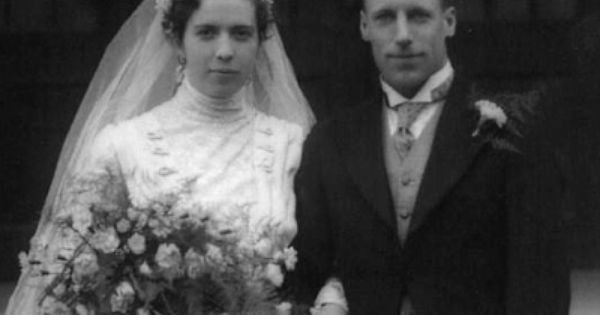