One thing I love to do is resource other people with good books. That means I read a lot and then try to mention some of the best of the bunch in case that will spur other people on in their own reading. To that end, here are a few of the books I’ve read recently, accompanied by miniature reviews. (And, in case nothing here strikes your fancy, I’ve got two other round-ups from 2020: number one and number two.) 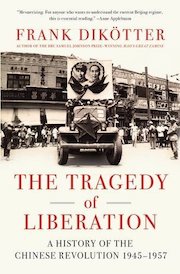 The Tragedy of Liberation: A History of the Chinese Revolution 1945-1957 by Frank Dikötter. I may have mentioned before that I have a bit of a fascination with early communism. As so many in Western nations begin to lean toward socialism, I find it increasingly interesting and increasingly necessary to look to history to see how that has worked out for others. The Tragedy of Liberation is the second volume (but first in chronology) by Frank Dikötter that examines the early years of the Chinese Revolution, in this case 1945-1957. The book is a tale of endless woe, endless suffering, and endless horrors. In that way China matches (or maybe even surpasses) the other communist regimes of the twentieth century. This one is sometimes hard to read by virtue of its subject matter, but I think it’s important for that very reason. (Amazon) 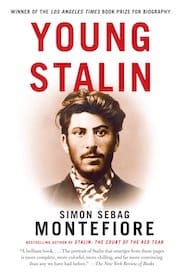 Young Stalin by Simon Sebag Montefiore. Young Stalin is essentially a prequel to Montefiore’s highly-regarded Stalin: The Court of the Red Czar. Where the latter work focuses on Stalin’s years in power, the former focuses on his early days and the years leading up to his ascension. Stalin arose from unlikely roots and Montefiore sets out to determine what allowed him to rise to power and what elements from his early years made him the bloodthirsty tyrant he’d later become. While it is difficult to see a man developing into a monster, it does make for compelling reading. If you’re at all interested in Joseph Stalin, you won’t do much better than this book. (Amazon) 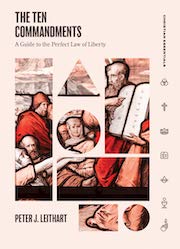 The Ten Commandments: A Guide to the Perfect Law of Liberty by Peter Leithart. I do believe this is the first material by Leithart I’ve ever read. I rather enjoyed it. While we are not exactly lacking in introductions to the Ten Commandments, this one is unique largely because of Leithart’s unique perspective. I can’t say I agreed with everything he says and all of his emphases, but still very appreciated his work and benefitted from it. He is well-grounded in the history of Christianity and in several different theological traditions, with each one make its appearance at one time or another. (Amazon) 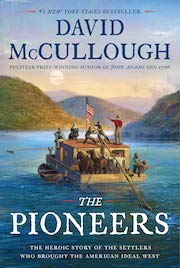 The Pioneers: The Heroic Story of the Settlers Who Brought the American Ideal West by David McCullough. As far as I’m concerned, I don’t really care what David McCullough writes about, because I’m going to read it anyway. It is for good reason that he is considered not only one of America’s preeminent historians, but also one of its greatest historical writers. His latest work focuses on the heroic story of the Pioneers who began to settle the Northwest Territory shortly after the Revolutionary War. (The Northwest Territory was the name given to what would later be the states of Ohio, Indiana, Illinois, Michigan, and Wisconsin.) He focuses primarily on one small community in Ohio and, through it, tells of the agonies and the triumphs that accompanied America’s early expansion. It may not be my favorite of McCullough’s books (and I’ve read nearly all of them) but it’s still an excellent read. (Amazon) 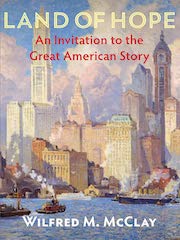 Land of Hope: An Invitation to the Great American Story by Wilfred McClay. Speaking of American history, Wilfred McClay’s Land of Hope is my new favorite introduction to the subject. As I expressed in my longer review, the history of any nation can be told through the voice of triumph, recounting only its greatness, or the voice of shame, recounting only its sins and misdeeds. Land of Hope focuses primarily on what makes America exceptional, but without excusing or glossing over what she did poorly. Though I am not American, and though the book’s purpose is specifically to inform and inspire American citizens, I enjoyed it tremendously. I highly recommend it for Americans and non-Americans alike, for it does what it promises—it tells the exceptional history of an exceptional nation. (Amazon) 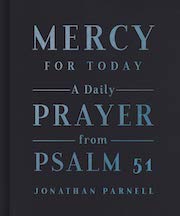 Mercy for Today: A Daily Prayer from Psalm 51 by Jonathan Parnell. This is another book for which I wrote a full-length positive review. In Mercy for Today, Parnell proposes that words from Psalm 51 can become an important part of the believer’s daily walk. He tells how this has become one of his crucial devotional habits, describing how one day, “during a time of Bible meditation and prayer, I found my way to a short daily devotion in The Book of Common Prayer. The devotion included a prayer of four petitions, each taken from the infamous Psalm 51. I was determined to stomach through this abbreviated form, and so, repeating David’s original words, I simply prayed ‘O Lord, open my lips, and my mouth will declare your praise. Create in me a clean heart, O God, and renew a right spirit within me. Cast me not away from your presence, and take not your Holy Spirit from me. Restore to me the joy of your salvation, and uphold me with a willing spirit.’” It’s a solid little book that is easy to read and full of helpful application. (Amazon)