My focus is on newer commentaries (at least in part because most of the classics are now freely or cheaply available) and I am offering approximately 5 recommendations for each book of the Bible, alternating between the Old Testament and the New. Today I’ll share what I learned about Mark.

Of the five suggestions, the first three represent a very clear consensus from all the experts; the two that follow are still widely regarded as excellent, but there appears to be a significant gap between the best three and the rest. 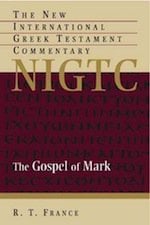 R.T. France – The Gospel of Mark (New International Greek Testament Commentary). Most commentators on commentaries reserve the top spot for France’s volume (Note that he has also written a top-five commentary on Matthew). While the NIGTC is more scholary than most other series, and requires at least some knowledge of Greek, D.A. Carson says it is still “remarkably accessible and includes a healthy mix of history, theology, social context, even warmth.” By way of context, I have rudimentary knowledge of Greek (one year of university-level) and find that I am able to make my way through these commentaries, though with some difficulty at times. (Amazon, Westminster Books)

James Edwards – The Gospel According to Mark (Pillar New Testament Commentary). The Pillar series, edited by D.A. Carson, is consistently excellent, always conservative, and more widely accessible than the NIGTC. Edwards’ volume on Mark receives a recommendation from every conservative expert I consulted. Keith Mathison says “Edwards’ commentary on Mark is another fine contribution. His emphasis on the theology of Mark is especially helpful.” According to the publisher, “This commentary aims primarily to interpret the Gosepl of Mark according to its theological intentions and purposes, especially as they relate to the life and ministry of Jesus and the call to faith and discipleship.” (Amazon, Westminster Books) 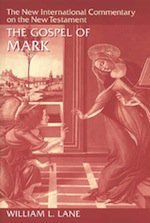 William Lane – The Gospel According to Mark (The New International Commentary on the New Testament). Lane’s commentary is slightly older than the previous two and may be in some danger of being phased out as Eerdmans slowly replaces some of the older volumes in NICNT series. For that reason, it may be worth buying sooner rather than later. This is the one commentary on Mark that John Piper recommends. (Amazon, Westminster Books)

Alan Cole – Mark (The Tyndale New Testament Commentaries). This is the most concise of the commentaries listed here (though it is still 340 pages) and will necessarily be limited by its size. However, smaller, more readable commentaries do have their place and the experts agree that this one is an excellent addition to any library. This or Edwards’ volume would likely be the best choice for the non-pastor. (Amazon, Westminster Books) 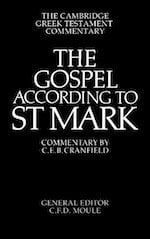 C.E.B. Cranfield – The Gospel According to St Mark: An Introduction and Commentary (Cambridge Greek Testament Commentary). This is the oldest commentary in the list (and do remember that I am focusing on newer commentaries since most of the older ones are now available for free). This one receives the highest commendation from Derek Thomas. Meanwhile, Westminster Seminary’s Dan McCartney summarizes what most people want us to know about it: “A little dated, but handy and dependable.” Carson points out that it speaks to a commentary’s quality when it remains in print fifty years after initial publication. Indeed. (Amazon, Westminster Books)

I generally find it helpful to have at least one sermon-based commentary at my disposal, so would also want to have Kent Hughes’ two-volume set on-hand. Ben Witherington’s socio-rhetorical commentary seems to be another commentary that is regularly recommended. Finally, I often enjoy R.C. Sproul’s commentaries; he recently released one on Mark.

Let me close with a question: What are your preferred commentaries on Mark? Are there some you’ve found particularly helpful or are there some we would do well to avoid?