I am in the enjoyable position of receiving copies of most of the latest and greatest Christian books, and every few weeks I like to provide a round-up of what is new and particularly notable. It has been a little while since my last update and, even though this is a slower time of the year for new releases, I’ve got a few interesting ones to share with you. 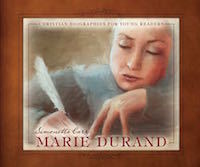 Marie Durand by Simonetta Carr. Carr’s Christian Biographies for Young Readers has turned into a great series of excellent little biographies accompanied by high-quality art. This volume on Marie Durand continues the series. “In 1730, nineteen-year-old Marie Durand was arrested and taken from her home in a village in Southern France for the crime of having a brother who was a Protestant preacher. Imprisoned in the Tower of Constance, Marie would spend the next thirty-eight years there. Simonetta Carr introduces us to the inspiring life of a woman who could have recanted her Protestant faith and gained release, but held fast to the truth and encouraged others to do so as well. Beautiful illustrations, a simply told story, and interesting facts acquaint young readers with the challenges facing Protestants in eighteenth-century France and show them that even a life spent in prison can be lived in service to Christ and others.” (Read more or buy it at Amazon or Westminster Books)

Gamechangers: Key Figures of the Christian Church by Robert Letham. There are many books like this out there, but not too many that come from a very discerning perspective. I believe that is what will make Gamechangers uniquely valuable. “Weaving together biography and theology, Robert Letham delves into the life and influence of twelve key figures who have helped shape the church. Gamechangers is a must read for any Christian with an interest in learning the way the church has understood the gospel down through the centuries. Features: Athanasius, Gregory of Nazianzus, Augustine, Charles the Great, Anselm, Thomas Aquinas, Martin Luther, Heinrich Bullinger, John Calvin, John Wesley, J.W. Nevin and Karl Barth.” (Read more or buy it at Amazon or Westminster Books) 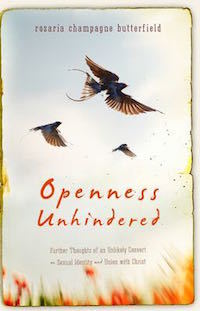 Openness Unhindered: Further Thoughts of an Unlikely Convert on Sexual Identity and Union with Christ by Rosaria Butterfield. Butterfield’s first book, Secret Thoughts of an Unlikely Convert, was one of those books that came at just the right time and stepped right into one of the biggest cultural conversations. Now she follows it up. “This book answers many of the questions people pose when she speaks at universities and churches, questions not only about her unlikely conversion to Christ but about personal struggles that the ques­tioners only dare to ask someone else who has traveled a long and painful journey.” (Read more or buy it at Amazon or Westminster Books) 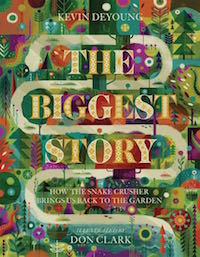 The Biggest Story: How the Snake Crusher Brings Us Back to the Garden by Kevin DeYoung. Here’s a book for kids to read for to your kids. “The burning bush. David and Goliath. Joseph and the coat of many colors. The Bible is full of classic stories that fill children with awe and wonder. But kids need to know how all those beloved stories connect to Scripture’s overarching message about God’s love for the world. In The Biggest Story, best-selling author and father of six, Kevin DeYoung, leads readers on an exciting journey through the Bible, connecting the dots from the garden of Eden to the return of Christ. Short and extremely readable, this imaginative retelling of the biblical narrative can be read in one sitting and features action-packed illustrations that will bring the message of the Bible to life for the whole family.” (Read more or buy it at Amazon or Westminster Books) 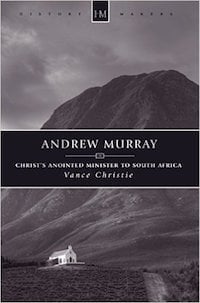 Andrew Murray: Christ’s Anointed Minister to South Africa by Vance Christie. Vance Christie has proven himself one of today’s most important Christian biographers. His most recent volume looks to a character whose name is known to you, I’m sure: Andrew Murray. “In an era that saw many gifted and diligent ministers, missionaries and evangelists being used by God to powerfully advance Christ’s Kingdom work in South Africa, Andrew Murray (1828-1917) emerged as that country’s premier preacher, devotional writer and Church leader. Andrew Murray’s writings and influence are still felt today and Vance Christie skilfully and faithfully brings his story to life for a new generation.” (Read more or buy it at Amazon) 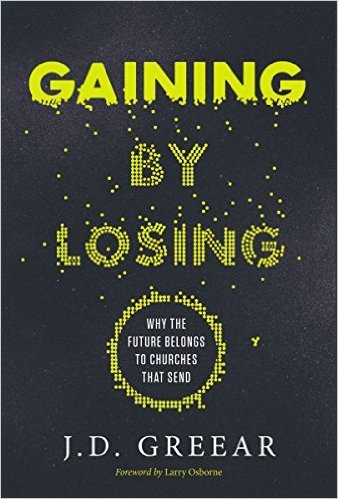 Gaining By Losing: Why the Future Belongs to Churches that Send by J.D. Greear. I sure like the premise of this one, though I have not yet been able to actually read it. “When Jesus gave his disciples the Great Commission, he revealed that the key for reaching the world with the gospel is found in sending, not gathering. Though many churches focus time and energy on attracting people and counting numbers, the real mission of the church isn’t how many people you can gather. It’s about training up disciples and then sending them out. The true measure of success for a church should be its sending capacity, not its seating capacity. In Gaining By Losing, J.D. Greear unpacks ten plumb lines that you can use to reorient your church’s priorities around God’s mission to reach a lost world. The good news is that you don’t need to choose between gathering or sending. Effective churches can, and must, do both.” (Read more or buy it at Amazon or Westminster Books)