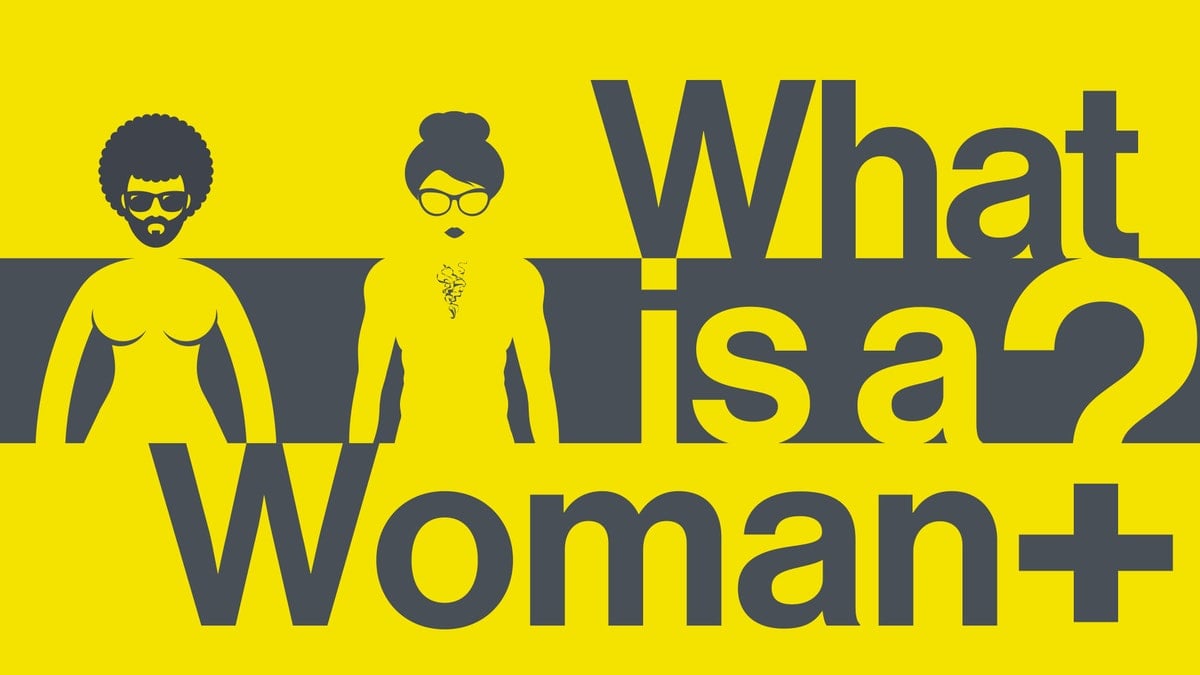 The question, of course, is this: What is a woman? This question is at the core of a new documentary by Matt Walsh—a documentary that is meant to expose the danger and contradictory nature of contemporary gender ideology. This ideology does away with the male/female and man/woman binaries and replaces them with spectrums so that people are not simply men or women and not simply male or female, but can instead define themselves according to their feelings. At the same time it completely separates sex and gender so that a male body can belong to a woman as easily as a man. Everything we once took for granted has been deconstructed and reversed.

With this in the background, Walsh travels around the United States—and briefly to Africa—to interview people and to engage in some light trolling. He wishes mostly to get an answer to the big question: What is a woman?

He begins with an interview of a gender non-conforming gender affirming therapist who insists “some women have penises and some men have vaginas.” This individual, though female, says she cannot answer the question of “what is a woman?” because she herself (they themself?) is not a woman.

With no answer there, he turns next to the streets of New York City where he speaks to a group of women who range from young to middle-aged, yet are unable to answer the question except to say that it is bound up in an individual’s self-identification. They know they are women, but they don’t know why. Heading to San Francisco, he sits down with Dr. Marci Bowers, a male-to-female transgendered doctor who is considered among the preeminent sex-change surgeons in the world. The doctor says that a woman is a combination of your physical attributes and what you’re showing to the world through the clues that you give—still not a very helpful answer.

He speaks to Michelle Forcier, a pediatrician whose work involves “reproductive justice” and “gender affirmation care,” which is to say, helping children and teens dispute the gender they were assigned at birth and transition to another. She insists that telling a family of a newborn baby that the child’s genitals offer any substantial clue as to whether he is male or she is female, is simply not correct—it’s an outdated and harmful way to think about things. From there it’s off to Tennessee to speak to Dr. Patrick Grzanka who is a professor of women, gender, and sexuality studies but who, despite such lofty academic credentials, can do no better than “a person who identifies as a woman,” violating the rule that a word must not be defined by using that word. And so it goes, even to a women’s march in which, ironically, the people marching for women’s rights seem unable or unwilling to answer the question of what constitutes a woman in the first place.

As the documentary continues, Walsh begins to integrate the voices of those who are dissenting from this ideology. Miriam Grossman, an adolescent and adult psychiatrist, does much of the heavy lifting. She is outraged by the ease at which people—and especially young people—are being subjected to what is really no better than medical experimentation as they are injected with hormones and subjected to life-altering surgeries. A couple of young female athletes explain how they were forced to compete against—and lose to—biological males. Carl Trueman makes a couple of brief (too brief!) appearances to explain some of the history behind this gender ideology. Jordan Peterson brings his trademark outrage to a few clips. Perhaps strongest of all is an extended interview with Scott (Kellie) Newgent who medically transitioned from woman to man and is now filled with regrets, understanding that she is not a man and never can or will be, despite all the surgeries and hormones. Her body, and indeed her life, has been ruined by it.

The film is not without its missteps. I don’t understand the benefit of visiting the Masai and hearing how they view men and women, interesting though it may be. Then Walsh takes a few cheap shots, tosses out a few easy insults, and interviews a few soft targets (like the naked dude wandering the city streets and the person who identifies as a wolf). And it is here that I think we ought to consider this: When we have the truth on our side, we can engage with an opponent’s best arguments with every bit as much confidence as their worst. Hence some of the soft targets could as easily have been replaced by people making a much stronger argument. This, in turn, might better equip viewers to engage with those who hold to this gender ideology. There may be a place for satire or outright mockery, but there is also a place to take on and refute the absolute best arguments an opponent can offer. I would have liked to have seen Walsh do a little bit more of that.

As I watched the documentary I found myself wondering: What is the purpose of a production like this? Is it meant to persuade those who disagree with its premises? Is it meant to affirm the convictions of those who already agree with its premises? Or does it have a different purpose altogether? While I found What Is a Woman a surprisingly strong film, I suspect it will mostly serve the second purpose. I don’t expect it to convince those who are not already convinced—not least because, at least for now, the only way to watch it is to subscribe to The Daily Wire. I was willing to part with a month’s fee to watch it, but doubt many of those who buy into this gender ideology will be willing to do so. And so it will, I suspect, largely preach to the choir.

Parents will want to know there are a few images that are somewhat explicit and a few words they may not want their kids to hear, largely in the context of interviews. This isn’t a film to watch with the littlest ones. But I think it could be a good film to watch with teens since it reflects the world they will be growing up in and the world they will need to make their way through. Though Walsh’s treatment is not entirely serious and certainly not academic, and though he could have engaged with some stronger arguments, he does a good job of exposing the contradictory nature, moral confusion, and physical danger of modern day gender ideology. And that makes this a film worth watching.

(If you’d like to dive a little deeper into the subject, you might consider reading Affirming God’s Image, which is written from a Christian perspective, or Irreversible Damage which looks at how this ideology is particularly harming young women. Of course Carl Trueman’s Strange New World (the short book) and The Rise and Triumph of the Modern Self (the longer one) are essential reading as well.)