This article is written by Dr. Jeff Myers and is sponsored by Baker Books. In his new book, Truth Changes Everything, Dr. Myers tells the fascinating stories of Jesus followers who lived for Truth and transformed their world in times of crisis. These determined and often quirky figures led the way in human dignity, science, art, medicine, education, politics, justice, and even the idea of meaningful work. If you sense that we live in hopeless days, it’s time to discover how Truth changes everything, everywhere, all the time. Preorder Truth Changes Everything wherever books are sold.

Caleb was forty years old when Moses tasked him, along with Joshua and ten other men, to spy on the land of God’s promise. Numbers 13 lists all their names, but we remember only Caleb and Joshua. The ten forgotten spies surrendered to the enemy of despair without even drawing their swords. 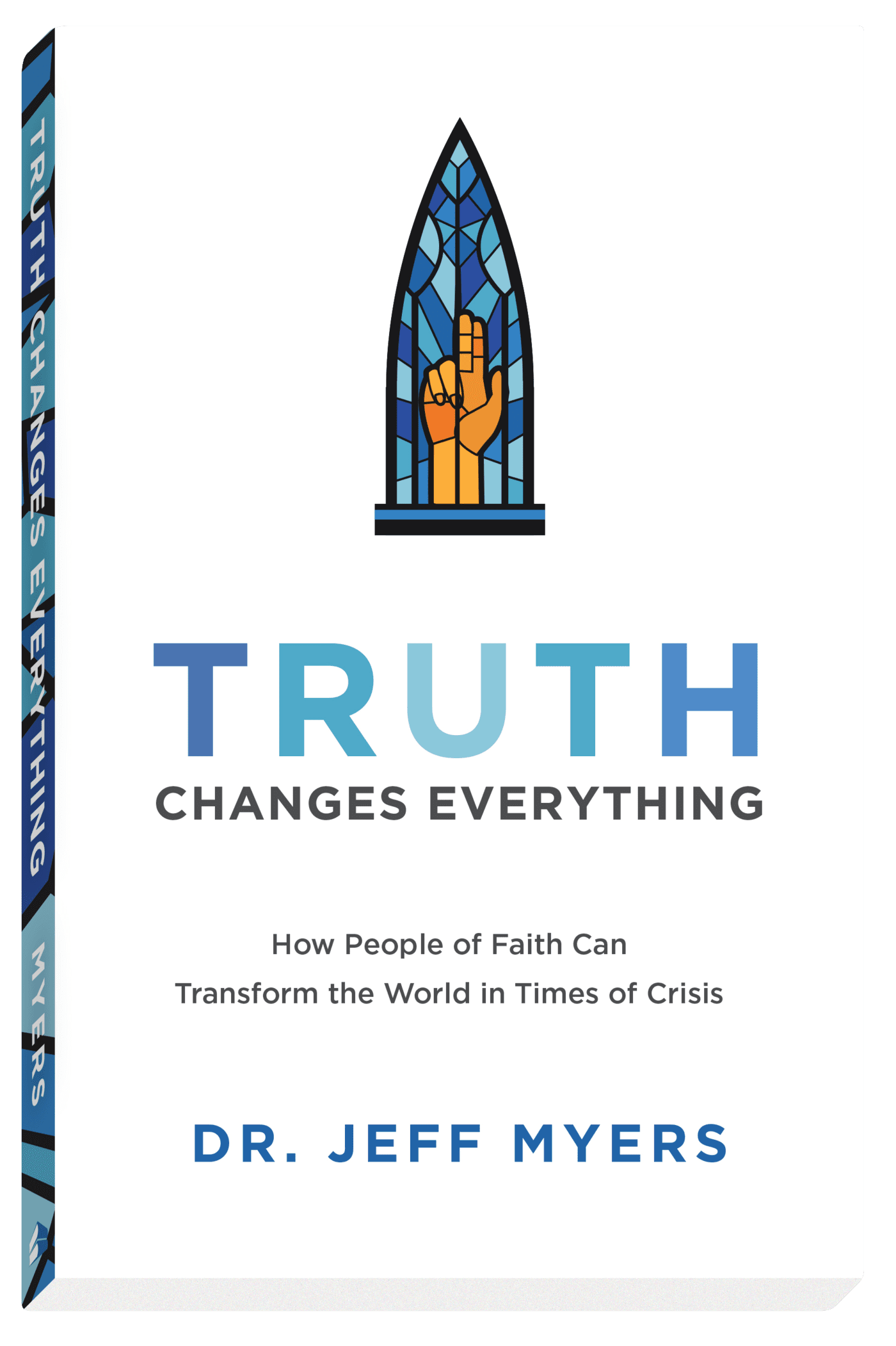 These ten fearful spies announced that the Anakim, the people of the land, were giants living in fortified cities. This was a fact. Yet it shouldn’t have mattered: God had promised that the children of Israel would inhabit the land. Even though the spies had seen God’s miraculous acts many times, fear overruled their faith. God’s chosen people consequently traipsed around the desert for another forty years.

Fast-forward. After forty years of wandering and five years of settling in the promised land, Caleb appeared before Joshua and said, “I am this day eighty-five years old. I am still as strong today as I was in the day that Moses sent me; my strength now is as my strength was then” (Josh. 14:10–11).

How many octogenarians can honestly make the claim that Caleb made? How many people of any age maintain readiness for the battles they face?

What Caleb said next is even more astounding: “So now give me this hill country of which the Lord spoke on that day, for you heard on that day how the Anakim were there, with great fortified cities. It may be that the Lord will be with me, and I shall drive them out just as the Lord said” (Josh. 14:12).

“Give me the land where the giants still are,” Caleb said, in essence. At age eighty-five. Every day for forty-five years Caleb honed his skills, telling himself, “God promised that the giants would fall, and fall they will. Even if I’m an old man when it happens.”

Caleb never lost sight of God’s promise. He stood in the land of giants.

The loss of Truth is a giant-sized problem in our day. Its real-life consequences are severe. Seventy-five percent of young adults say that they are unsure of their purpose in life. Nearly half are counted as having one or more types of mental illness (such as anxiety and depression). Fully half of young adults say that there is “no absolute value associated with human life.”

We are tempted to say, “Truth has been lost. History is at an end.” Yet the testimony of Jesus followers who changed the world is one of hope. We can understand the times and know what course we ought to take (1 Chron. 12:32). Faith can triumph over fear.

In the past, Truth changed everything. It can do the same for us amid the unique challenges of our current age. We, too, can find Truth and share it without fear, whether around the water cooler, at the Thanksgiving table, in the laboratory, or in the halls of power.