This week the blog is sponsored by Is Genesis History? In light of the ongoing quarantine in many parts of the world, they are streaming the full film online for a limited time. It is available to watch at the bottom of this article.

Let’s be honest: the first chapters of Genesis are pretty controversial.

There are a lot of things in them that make people uncomfortable. As a result, some people in seminaries and academia are seeking to replace the history recorded in Genesis with a different history, one supposedly based on the recent findings of evolutionary science.

That’s the primary reason we made the documentary Is Genesis History?

We think the events and people included in those chapters are very important. They are part of a real history that Christians need to know actually happened. Furthermore, they need to know it is a history confirmed by the world around us.

1. Genesis is the Foundation of the Gospel

Everything starts with Adam. If Adam did not bring sin and death into the world, then Christ did not need to come to save us.

Paul understood that. It’s why he compares Adam with Jesus: “For as by a man came death, by a man has come also the resurrection of the dead. For as in Adam all die, so also in Christ shall all be made alive.” (1 Cor 15:21) Paul even refers to Jesus as “the last Adam.”

Luke understood it, too. He links Jesus to Adam through a single, complete genealogy.  He then tells us Jesus went into the desert to be tempted by Satan; Jesus was mirroring the temptation of Adam, but this time to obey.

Jesus knew what His mission was: undo the sentence of death on humanity and the curse of corruption on creation.  No Adam, no sin — no sin, no death, and corruption — no death and corruption, no point for Jesus.

2. Genesis is the Solution for our Culture

If culture is the way people choose to order their lives, then Genesis is where God shows us His order for culture.

We all know there are strange cultural ideas being embraced today.  What is rare to hear, however, is someone in the public square point to Genesis as the reason why something should or should not be done.  As a result, there are a lot of people in the pews and kids in youth groups who need to hear what Genesis has to say about culture.

Take the transgender issue: if God created man in his own image as male and female, then we are essentially male and female from the beginning.  Our sex can’t be changed.

Or take marriage: if God created Eve to marry Adam and have children, they are the pattern for all men and women. Two men or two women cannot marry each other.

Or consider climate change/global warming: if God told Noah after the Flood He would never destroy the earth again with water, and that seasons (i.e., the climate) would remain the same for seedtime and harvest, then there’s no need to fear any future climate issues.

The list goes on and on: life, economics, environmental stewardship, technology, food, science… Genesis is the ultimate counter-cultural book that provides the standard for how we should order our lives. 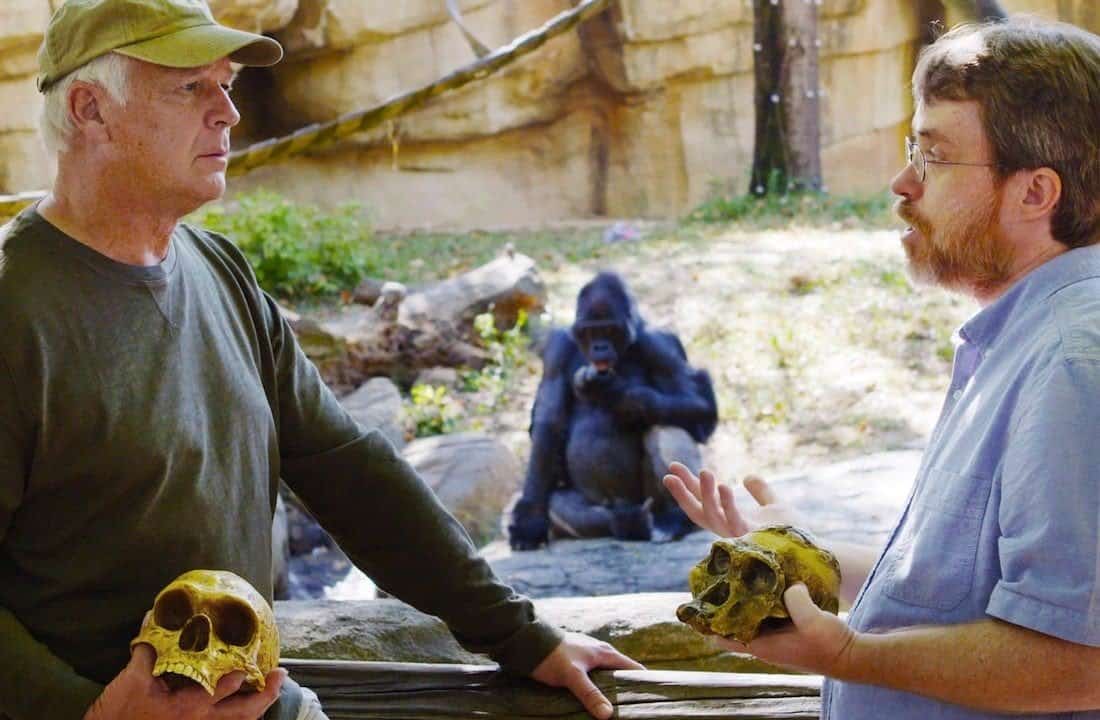 3. Genesis is being Reinterpreted by Evolutionists

There is an influential movement today that many Christians are unaware of. Its goal is to re-introduce Darwinian evolution into Christian theology. This idea is called ‘theistic evolution’ or ‘evolutionary creation.’ The primary group pushing this view is Biologos. On its website, it has a lot of well-known Christians and thinkers (many of whom I respect) saying good things about it.

The organization is teaching heresy. It was seen to be heresy back in the 19th century when Asa Gray, an American scientist, and friend of Charles Darwin, tried to take Darwin’s new history of the world and use it to reinterpret Genesis.

Darwin didn’t think this was possible. After all, the whole point of his theory was to replace the Genesis account. Nevertheless, some theologians and scientists have tried to merge the two histories and attempt to hold onto the gospel.

It is the devil’s delusion. Here are some of the heresies that theistic evolutionists promote that contradict the Biblical account:

Clearly, this is a completely different history of the world than the one taught in Genesis. Biologos is well-funded and spends a lot of money trying to influence pastors and seminary students.  But it is dangerous: not only is it teaching bad theology, but it is also presenting unsound scientific theories. 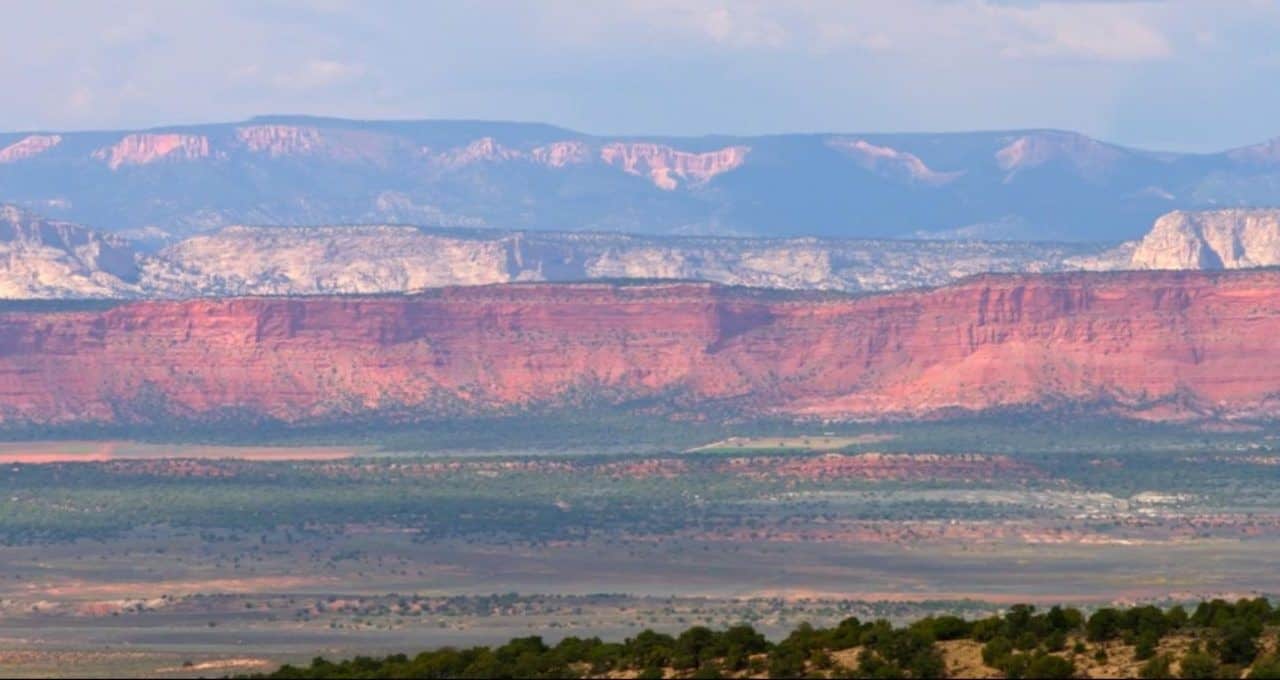 THE GRAND STAIRCASE IN UTAH: 10,000 FEET OF ROCK. STEVE AUSTIN DISCUSSES IT IN “BEYOND IS GENESIS HISTORY? VOL 1”

4. The History in Genesis is Confirmed by the World around Us

The thesis of our film is that Genesis is an accurate book of history.

In light of that, the events it records can be confirmed by studying the world around us. From the huge layers of sediment stacked across the continents and filled with fossils (evidence of a global flood) to the mutually-dependent, interrelated complexity of endless biological systems and ecosystems (evidence of six-day creation) to the reality of death, sin, and corruption everywhere (evidence of a universal Fall), Genesis gives us a history that is dependable and reliable.

In the film, Del Tackett spends time with over a dozen scientists explaining the world around us in light of the history recorded in Genesis. They represent just a fraction of the hundreds of scientists who see Genesis as a true and accurate record of the history of the world.

Ultimately, it comes back to the authority of scripture. Just as Jesus, Peter, Paul, Luke, and John saw Genesis as a historical authority, so should we. When Christians recognize that Genesis is actually history, it will change the way they view everything else.

For the next week, you’ll be able to watch the full film here on challies.com. If you’d like to dig deeper into the topics covered in the film, check out the 48 videos in “Beyond Is Genesis History?” or the “Is Genesis History? Bible Study Set” available at www.IsGenesisHistory.com/shop