This sponsored post was prepared by Barbara Rainey on behalf of Ever Thine Home.

One of my greatest faults that shows up too often in our marriage is my firstborn perfectionism.

When my husband tells a story but doesn’t get the details right, I file away the errors to sort out with him later.

I’ve also found plenty of necessary reasons to correct his mistakes in pronunciation or in how he eats. The mother in me fixes his hair, straightens his jacket, and points out that his socks are all wrong with those shoes.

I like to disguise it as helping. The problem is Dennis isn’t so easily tricked.

Admittedly, we all commit actions in our marriages that offend each other.

So we repeat a practice as worn and reliable as the ancient stone steps leading up to the temple in Jerusalem. We practice forgiveness. 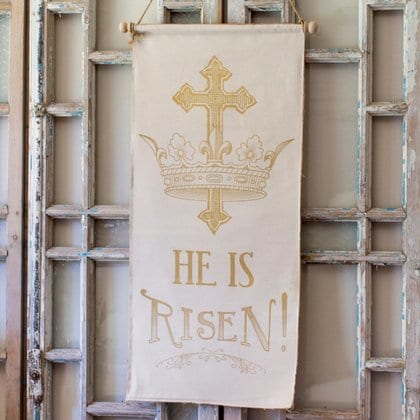 I don’t like being wrong. I’m sure you don’t either. So asking forgiveness isn’t easy. It requires a choice to recognize my sin, confess it, and ask for understanding.

So I am grateful for Easter, and Jesus’ finished work on the cross, for making true forgiveness possible.

Christian forgiveness is completely different from overlooking an offense or pretending it didn’t matter to you.  Forgiveness is healing; it is transformative.  It brings about a heart change that only Christ can accomplish.  And that makes all the difference in a marriage.

I recently sat across the table from a couple who shared their story of infidelity. It was a crushing experience for both spouses. He felt deep regret. She felt deep betrayal. But even while they lived in this mix of emotions, they declared a determined commitment to forgive and be reconciled.

I put my hands on theirs and said, “I am so very proud of you for choosing to believe nothing is impossible with God. You are courageously believing God can restore your marriage from these ashes.”

All three of us got teary-eyed.  “Most everyone is telling us to quit, but we want to believe God for restoration,” they admitted.

They are walking through the effects of sins and offenses that cannot be forgiven without the power of the cross.

Every marriage faces these impossible-to-overcome crises. The inevitable disappointments are sometimes small and sometimes monumental.  But Easter makes it possible to forgive any offense. 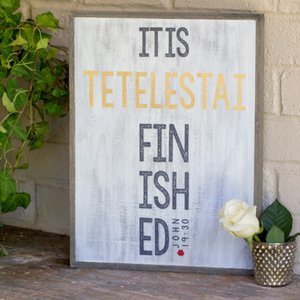 If your sins are covered in Jesus’ forgiveness, the payment has been settled.

Christ has taken on the suffering for your sins. And it is finished. So let the resentful, unforgiving wife forgive. Let the angry, unforgiving husband relent.

Jesus modeled seemingly impossible forgiveness when He said on the cross, “Father forgive them, for they know not what they do.”

He chose to keep His promises, instead of breaking them.

He chose to endure the pain, knowing joy was ahead.

He chose to love me as He suffered, because our reconciliation was near.

He chose to forgive, even though it was completely undeserved.

Easter shows us that if God can resurrect a dead Jesus—and He did!—He can resurrect dead marriages. If God can work all things together for good at the cross, He can work together seemingly impossible situations in our marriages for good.

In Ephesians 4:32 we are told, “Be kind to one another, tenderhearted, forgiving one another, as God in Christ forgave you.”  Yet forgiveness isn’t natural. Reconciliation with a spouse who feels like a fierce enemy isn’t comfortable. When two people drift apart and choose their own ways—and sometimes even choose other people—restoration doesn’t seem possible.

But consider the ultimate impossibility: that a sinner, unclean, living in total rebellion to a holy God can be transformed and stamped “righteous,” “mine,” “new,” “white as snow.”

That is what Christ has done for us. He can make the impossible parts in our marriages doable. He can use two humans—struggling to even decide how to discipline a child who scribbled toddler art on the bedroom wall— to display His unending, eternal, sanctifying, perfect love for mankind.

Barbara Rainey (cofounder of FamilyLife®) has been working with her husband in marriage and family ministry for over 40 years. She is also the creator of Ever Thine Home®, FamilyLife’s holiday and home collection, that helps women express their faith, value, and relationships through their homes.