Grace and peace to you today!

This is an interesting description of a key meeting between Martyn Lloyd-Jones and T.T. Shields.

Beware the Deadly Weed of Cynicism

Darryl Dash: “When I was in my thirties, I became cynical. I think it began with reading some books that were critical of church. I’m not sure. Soon I became a critic of the church while leading a church. I called it subversive back then; I think I’d call it disingenous now.”

Barry York offers a biological yet also biblical definition of circumcision, then considers “three chief reasons why God Himself chose this crass act to represent beautiful truths of the gospel.”

God Detests the Worship of the Wicked

We may have sympathy for those who worship falsely. But, as Jordan Standridge points out here, God detests false worship. “The fact of the matter is that God from the creation of the world, rejects people’s worship. Even when they use the right words and do the right things. God looks at the heart.”

“On a drive. After rain. Mist and fog still hang in the air. Limiting the view ahead. But our eyes glance to the sides of the road. And we see. The beauty of timing.”

There is a new issue of Themelios available for those who are interested in doing some reading.

How Do I Know If I Am Called To The Ministry? (Video)

This question is very common, so here’s another take on it, this one from Dr. Mike Allen at RTS.

When you became a Christian, the history of Christianity became yours. You became a citizen of Christ’s kingdom and gained its past in all its glory and shame. 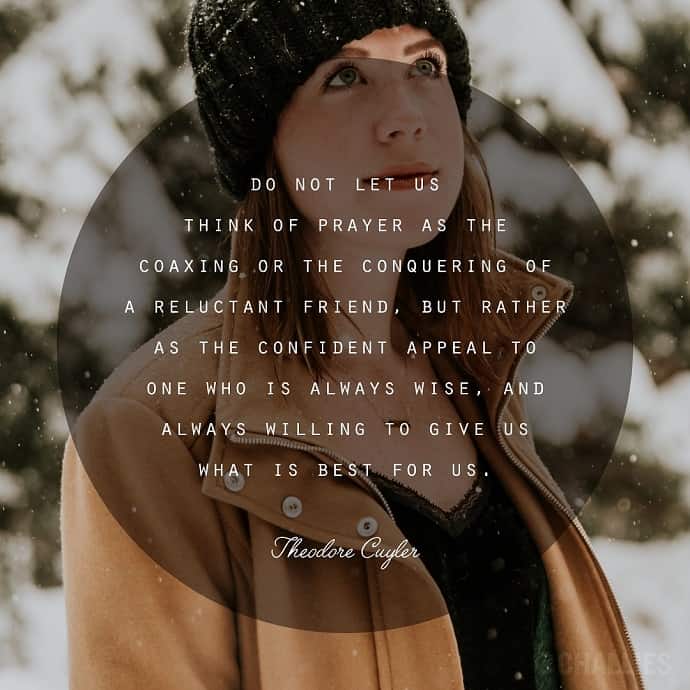 Do not let us think of prayer as the coaxing or the conquering of a reluctant friend, but rather as the confident appeal to One who is always wise, and always willing to give us what is best for us. —Theodore Cuyler