The Fallout of Failed Marriages – John MacArthur: “The best way to defend and uphold God’s design for marriage and family is not through political or legal action—it’s through the living testimony of a faithful, righteous adherence to God’s design.”

What Happens If All The Bees Die? – Answer? Lots of bad stuff. And isn’t it amazing how intricately God has made this world…

Do You Think It Happened Or Not? – This is important: “when Christians assert that Jesus rose from the dead, they are making a historical claim, not a religious one.”

To Be Laughed At – What is it like to be the butt of the Internet’s latest joke? This writer tells you. (Language warning)

The Most Neglected Part – “I have come to believe that the most neglected part of Christ’s saving work is actual what happened to Him in between His death and resurrection.”

Remember: you are not fighting for victory, but from victory, for Jesus Christ has already defeated Satan! —Warren Wiersbe 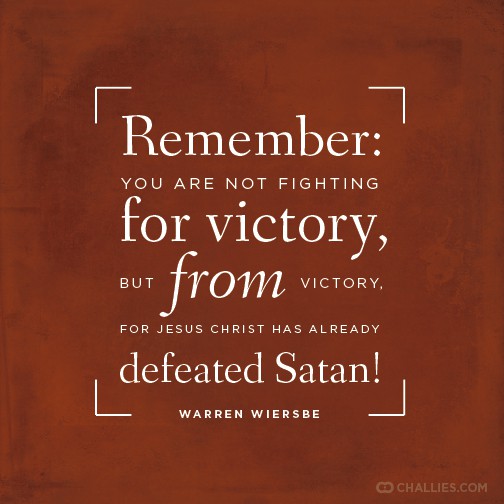