I hope you and yours are enjoying this beautiful summer. It has been a crazy year so far in so many ways, with so much suffering and uncertainty, so perhaps it’s more important than ever to get outside, to look at what God has made, to ponder it, to see his hand in it, and to praise him for it.

(Yesterday on the blog: An Early-July Family Update)

4 Ways Not to Be a Jerk Online

“Scripture calls us to “honor everyone” (1 Pet. 2:17). Obeying that command has never been easy, but has it ever been harder than in our social media age? Thankfully, God’s Word gives us guidance. Here are four ways to be a faithful Christian online.” Matt Smethurst is just the guy to write this one, too.

Did Moses Think Sinners Could Keep the Law?

I suppose it would be easy enough to read the Old Testament and think that people back then thought they could actually keep the Law. John Piper addresses the matter.

The Church Should Not Be Homogenised

Indeed, it should not. And we should be aware that we have a tendency toward that very thing. “The church worldwide is a worldwide body with people from a vast range of linguistic, social and ethnic backgrounds. We are the most diverse group in the world. Interestingly, at no point does the New Testament try to erase this diversity. In Acts 2 we get a long list of the different languages spoken in the Jewish diaspora and Peter’s words are understood in all of them. In Revelation 7 we are given the picture of a multitude from every tribe, tongue and nation. Even in eternity, we retain our linguistic and ethnic diversity. The church is one, unity is to be prized and preserved, but it is also diverse and that diversity is also important.”

Samuel James is concerned about the ways we use words. “I would love to hear more honest talk about how in the world we got to a place where a sentence can mean a movement: thus, a spectacle whereby saying a sentence marries a person to a set of ideas and hesitating over the ideas means it would be better if a person didn’t say the sentence. This seems disastrous to me. It suggests the impossibility of basic ideals and the blurring of all fundamental observations into activism.”

This neat little video shows the relative difference between the rotations of the various planets in our solar system.

God’s Sovereignty and Our Responsibility

Derek Thomas does some explaining on the twin subjects of God’s sovereignty and human responsibility.

Jenny Reeves Manley says that in lockdown she watched a lot of videos of people expressing their gratitude to essential workers. And that caused her to reflect: “In this season we deem medical professionals worthy of our admiration. The praise we give them honors their sacrifices. What happens though when someone receives a gift they don’t deserve? When honor is given to someone deemed unworthy?”

Flashback: 4 Tips For Dealing With Procrastination

I have read many books and many articles on procrastination, but do believe that these 4 tips are the ones that have most helped me in overcoming what was once a losing battle. I hope they prove valuable to you. 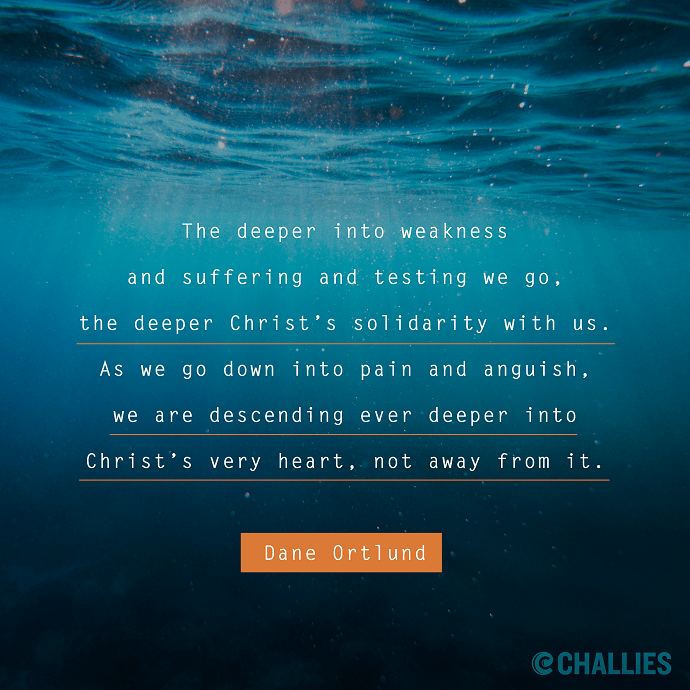 The deeper into weakness and suffering and testing we go, the deeper Christ’s solidarity with us. As we go down into pain and anguish, we are descending ever deeper into Christ’s very heart, not away from it. —Dane Ortlund