I came up empty looking for new Kindle deals today.

You may be interested in subscribing to Ligonier’s Tabletalk magazine and getting 12 months for just $12.

(Yesterday on the blog: Are You Writing Headlines for You or Articles for Them?)

Certainly some has been in the past, but is it necessarily true today? “You might be a missionary – someone called and sent to serve God cross-culturally – but chances are, you don’t like being called a missionary. That’s because, in popular Western culture, missionaries are seen as pith helmet-wearing colonialists – forcing their culture and religion on people who don’t want it.”

How Rwanda is Becoming the Singapore of Africa (Video)

Rwanda is taking cues from Singapore and trying to become “the Singapore of Africa.” This video explains why and how.

Fantastic Voyage from the Womb

I thoroughly enjoyed reading this article about childbirth and how fetal blood circulation differs from circulation in a newborn. “I grab a sterile towel, and with expectant hands I brace myself to accept the baby. As a pediatrician, I have attended countless deliveries; my eyes still well up a bit with tears at the astonishing wonder of birth. It never gets old; I am in awe of God’s design.”

What Is a Reformed Fundamentalist?

The Bible addresses matters of privilege. “Without in anyway whatsoever wishing to fixate on presidential candidates, racial theories or the virulent rhetoric of our secular society, I do want to turn our attention to what the Scriptures teach us about the nature of privilege and what ought to be a proper response to privilege.”

LifeWay to Close All 170 Christian Stores

We are rapidly closing in on a world where physical bookstores are a thing of the past. As CT reports, “LifeWay Christian Resources, the largest Christian retail chain in America, plans to close all 170 stores this year and shift its offerings entirely online.”

Flashback: Here at the Dawn of the Revolution

We acknowledge that both we and our technologies exist in this sin-stained world, so we should examine them with discernment and consider all we stand to gain or lose. But even as we act with this kind of wisdom, we can act with confidence. We have no reason to fear. 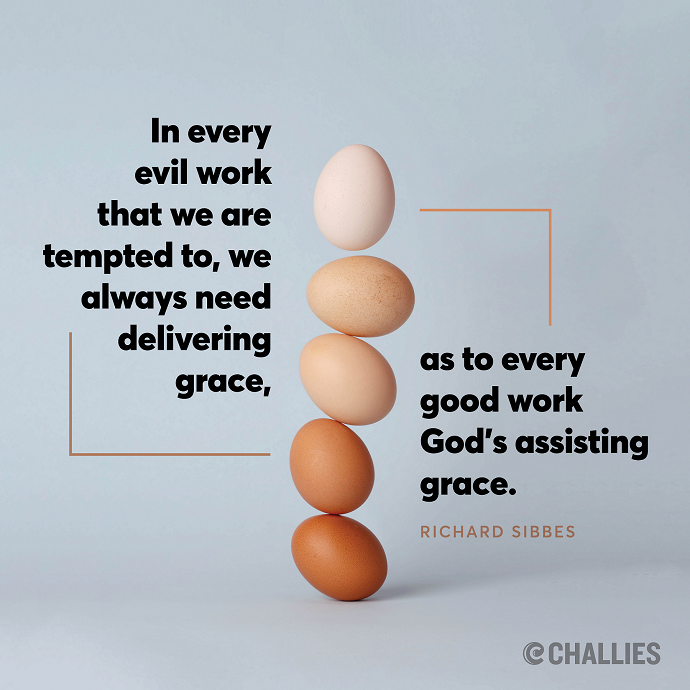 In every evil work that we are tempted to, we always need delivering grace, as to every good work God’s assisting grace. —Richard Sibbes