Grace, mercy and peace to you today.

Logos users, this is the last day to get March’s free and very cheap books.

There are a few books listed in today’s Kindle deals.

When America Put the Bible on Trial

Stephen Nichols writes about the infamous Scopes Monkey Trial. “On July 10, 1925, the eyes of the nation looked upon the Rhea County Courthouse in Dayton, Tennessee, as an all-star cast took the stage. Clarence Darrow played the lead for the defense team organized by the American Civil Liberties Union. William Jennings Bryan stepped in to assist the prosecution. There to chronicle it all was H.L. Mencken.”

Christianity Is About Saving Sinners

Kevin DeYoung reminds us that Christianity is about saving sinners. “To be sure, the work of Christ on the cross was multifaceted. In the death of Jesus, we have the conquering of evil, the defeat of Satan, and the example of perfect love. We can talk about more than sin and salvation when we talk about the cross, but we must not talk about less. For there is no good thing accomplished by the cross that was accomplished apart from the satisfaction of divine justice, the expiation of sin, and the propitiation of wrath.”

Start a free trial of the new streaming service, AGTV, and see what you’ll enjoy when you sign up. AGTV provides hundreds of hours of Bible-based teaching as well as films like American Gospel, Luther, Calvinist, Christianity Explored, and Epic. (Sponsored)

Andrea Sanborn: “‘Who is wise and understanding among you?’ James asks. ‘Let them show it by their good life, by deeds done in the humility that comes from wisdom.’ Humility doesn’t trend well on social media metrics. But it counts in ways that are most important.”

How to Build Up Your Church

The new issue of the 9Marks Journal is dedicated to building up the local church. There are lots of articles filled with practical instruction.

Abigail Shrier tells briefly why it is that so many girls are attempting to become boys. (I feel like I should add: Let’s see how long it is before the video disappears from YouTube.)

In this article Paul Levy shares some practical instruction from Richard Bewes on leading prayers during the Sunday service. Much of it is really helpful, though I’d say feel free to ignore the bit about keeping prayers ultra-short!

Flashback: A Clean House and a Wasted Life

If you do the things God tells you to do, messes will inevitably follow. But take heart: According to the wisest man who ever lived, these messes are not proof of a wasted life, but of a productive one. 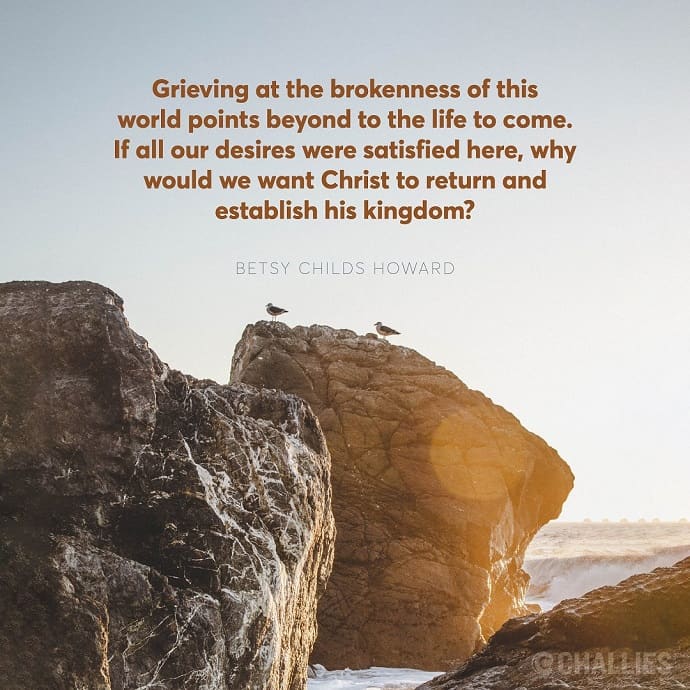 Grieving at the brokenness of this world points beyond to the life to come. If all our desires were satisfied here, why would we want Christ to return and establish his kingdom? —Betsy Childs Howard