Once again there’s a good little list of Kindle deals to look through today.

(Yesterday on the blog: The Servers and the Servicers in Every Church)

Suicide, Heaven, and Jesus—the Final Answer to Our Sorrow

Randy Alcorn writes about suicide. “In the wake of Jarrid’s death, much has already been said about suicide and mental health and the need to address them within the church. But I want to highlight some things Greg Laurie, the senior pastor at Harvest, has said, and also share some more thoughts related to suicide.”

I really enjoyed this look at the benefits of nursing home visitation as an element of a church’s ministry.

Todd Friel takes on the question of whether God makes people sick.

Reproof Is a Pastor’s Gift of Love

Dan Doriani explains why pastors must reprove. “Scripture assumes that God exists and has spoken to rebellious wanderers prone to take the wrong path, to their harm. He’s ordained that his speech be written down and studied, so its wisdom can be widely disseminated, both by ordinarily people and by his agents. In that context, reproof is a gift…”

Even If It Means My Son’s Life

What would you be willing to give up for the sake of the gospel?

How Much ‘Lover’ Language Should We Use in Worship Songs?

“Lover” language comes and goes in the church. In this article, John Piper talks about how much of it is appropriate. “What a tremendous need there is for prayerful, wise, mature, experienced, Bible-saturated, theologically deep leaders of worship. Being able to play a guitar or a piano and carry a tune is not enough to fit a person for one of the most important pastoral roles in the church.”

Roman Catholicism and the Battle Over Words

Leonardo De Chirico explains one of the main challenges coming from Roman Catholicism today. You can read his answer or watch it if you prefer.

Flashback: The Cost of Surrounding Yourself with Negative People

It turns out that there is something far more costly than being with negative people: The cost of avoiding negative people, and thus, avoiding the kind of life that Jesus calls us to. 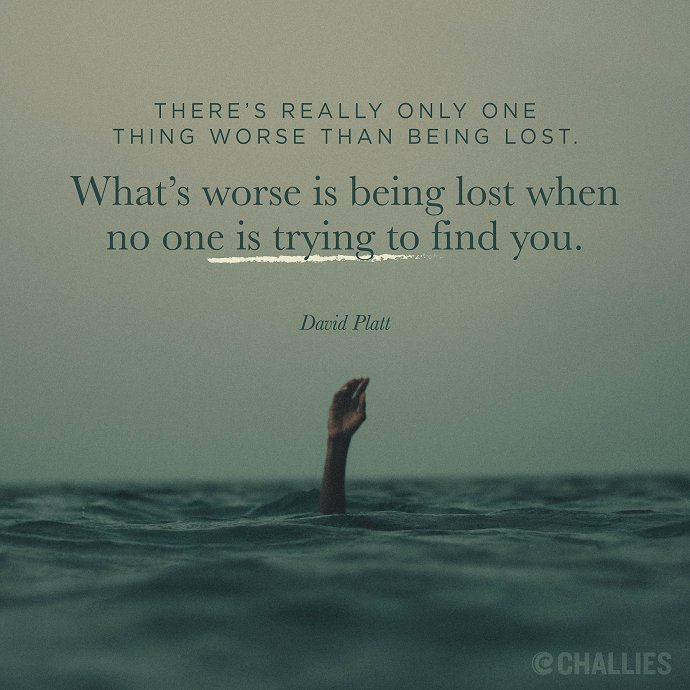 There’s really only one thing worse than being lost. What’s worse is being lost when no one is trying to find you. —David Platt