Today’s Kindle deals include a pretty good list to kick off a new month.

This month’s free book from Christian Audio is The Liturgy of the Ordinary by Tish Harrison Warren. There are a few discounted books to go with it, like Trillia Newbell’s Enjoy.

Free from Logos this month is a whole course taught by John Frame.

(Yesterday on the blog: The Five Things You Want Your Church To Be)

How and When to Offend

There are times it’s right to offend, but, as John MacArthur explains, it’s important to know we’re being offensive in the right way. “I want to bring the offense of the gospel to bear on everyone I encounter. Faithfully confronting sinners with the depth of their depravity, the cost of their wickedness, and their desperate need to repent is rightly offensive. I want my speech and my behavior to adorn the gospel, and to let its offensive truths do the offending.”

How Does My Waste Wind Up in Places like Malaysia and the Philippines?

What a strange world when it somehow makes financial sense to ship our trash across the world. “Many Canadians have been surprised — and unhappy — to learn that Canada sends vast amounts of its recyclable waste overseas. They’ve been dutifully putting their plastic, glass and paper into the blue bin, believing they are doing the right thing for the environment. But the recycling process can be complicated, and the outcome isn’t always as green as we might think.”

What an interesting look at how Best Buy has managed to survive the Amazon onslaught.

Vance Christie: “Committed younger Christians often manifest considerable enthusiasm and exertion in their personal devotion, obedience and service to Jesus. It’s a joy to see them running their spiritual race with such eagerness and discipline. Faithful older Christians who have been in the spiritual race for a lot of years are an inspiration to watch as well.”

This is probably the first (and only) time I’ve linked to something by Inside Edition. But if you’ve ever needed proof that Kenneth Copeland is a snake, watch this surprise interview with him.

The Future of the Southern Baptist Convention: The Numbers Don’t Add Up

Al Moher: “The basic point is this: Southern Baptists must face the truth and understand what faithfulness to Christ will demand of us now. The numbers are just part of the story, but they reveal a multitude of questions that, one way or another, this generation of Southern Baptists will answer.”

Melissa Kruger celebrates and laments her daughter growing up. “I haven’t just lost my cuddly baby with chunky thighs and infectious laughter. I’ve gained a daughter taller than myself with a heart for Jesus that overflows to every person she meets. While we used to look at her in wonderment of what she’d become, we now look at her in amazement of who she is—which happens to be a much kinder person in every way than either of her parents.” 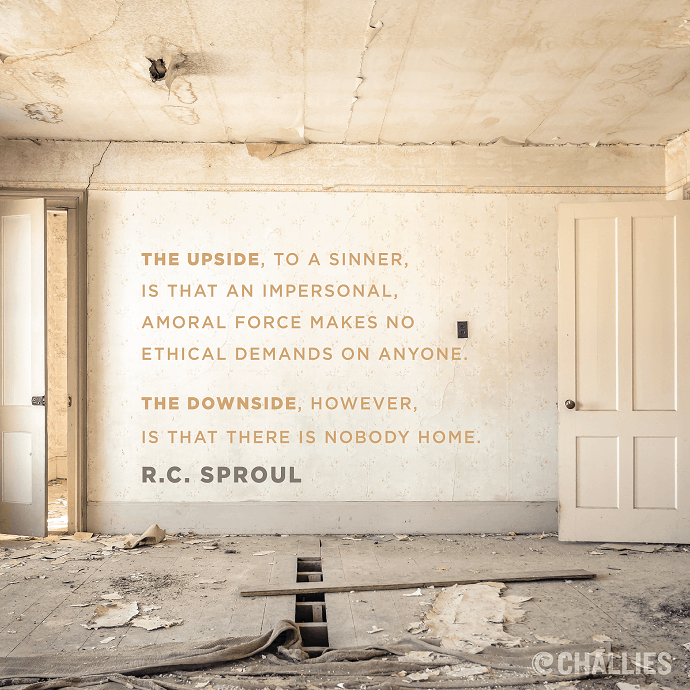 The upside, to a sinner, is that an impersonal, amoral force makes no ethical demands on anyone. The downside, however, is that there is nobody home. —R.C. Sproul