May you know the Lord’s blessings as you honor and serve him this weekend.

I’m grateful to Baker Books for sponsoring the blog this week with news of a new book by Andrew Davis titled The Glory Now Revealed. Be sure to check it out!

Today’s Kindle deals include some newer and older works.

(Yesterday on the blog: Welcoming the Uncomfortable Work of God)

Collin Hansen reflects on the forthcoming final T4G. “More than 15 years ago I crowded into the Galt House Hotel ballroom, just across I-64 from the Ohio River in Louisville, Kentucky, with 3,000 pastors and students. We gathered for the inaugural Together for the Gospel (T4G) conference without much idea of what we should expect. We got something we could never forget.”

Back to the Word

I’m with Andrée Seu Peterson: “I’m just about ready to give up the rational conversational approach to social intercourse and to start quoting straight Bible to people. The further we go, the more reason isn’t working anymore. In these sputtering last gasps of the Enlightenment, language itself is deconstructing before our eyes.”

As I read Samuel James’s analysis of the latest Bond film, I realized that I’ve never seen a Bond film. He looks at how Bond has changed over the years and what it may mean.

A Theology of Disappointment

“Oddly enough, disappointment can be an indicator you are seeing the world correctly. No one enjoys feeling disappointment. In itself, disappointment is akin to the sadness of loss, and ultimately we were not designed for it. But like all emotions, disappointment is a gauge of how a person perceives his life—what he believes about it and wants from it. When you’re living in a broken world, sometimes believing and wanting the right things means you’ll be disappointed.”

When Does Marriage Begin In God’s Eyes?

Femi Osunnyi provides an interesting answer to the question.

Jesus Spoke a Persian Word From the Cross

“One way to distinguish Central Asia as a region is to say that it is the part of the world dominated by Turkic or Persian-related languages. … These hundreds of millions of people are overwhelmingly Muslim – and they might be surprised to hear that Jesus spoke a word from their ancestral language while on the cross.”

Sin-Coddlers Are Not True Friends

Trevin Wax looks at older and newer definitions of “friend.” “True Christian friends understand the pervasiveness and pull of sin. They’re not shocked by your misstep. They don’t make you feel worse than you already feel. They don’t heap judgment and guilt upon you. But neither do they excuse or minimize your sin. They see something better in you. They know the work of Christ and trust the power of the Spirit. They call you away from sin because they’re calling you to holiness, to the Christlikeness that marks your destiny.” 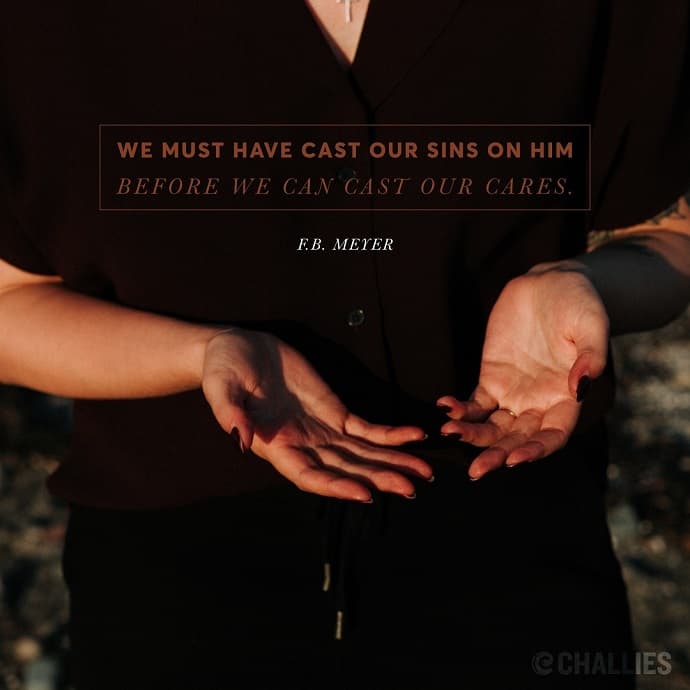 We must have cast our sins on Him before we can cast our cares. —F.B. Meyer