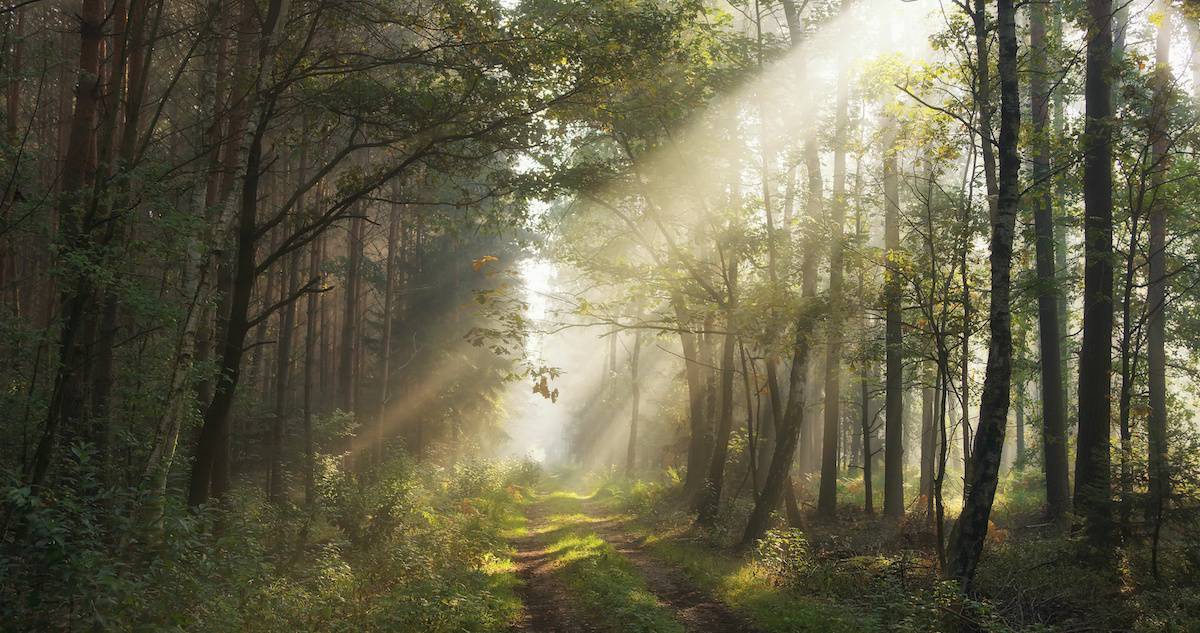 People most often wonder if Nick sends encouragement in the form of birds—if somehow his presence or his spirit comes through birds that appear at our window or in contexts that would otherwise be difficult to explain. Some wonder if he makes his love known by shining as a star that glitters brightly in the night or his presence as a rainbow that glistens when the sun breaks through the clouds. Some tell of their conviction that their loved ones have been present with them in this way and how this has touched their sorrowful hearts and strengthened their weakened knees.

Though my answer may be disappointing to these people, I must be honest. No, I am not aware of Nick sending me any signs. But neither am I looking for signs and neither do I expect or even want them. I hope you’ll allow me to explain.

I understand the impulse to look for a sign and I understand the comfort that can come when we believe we have received one. Death and all that comes beyond this life is a great mystery. Though we all go that way, none return to describe it, none make their way back to assure us that heaven is real and God’s promises are true. Our loved ones cross the river and are lost to our sight and our hearts burn to know that they have passed over safely. It is natural, then, to hope for some kind of information, to seek some kind of a sign, to know that they are okay.

But even in the absence of a sign, I am convinced that Nick is okay. In fact, I am convinced that he is better than okay—he is the best he has ever been. Though death has for a time separated him from this world, it has transported him to the presence of God. In the moment he left here, he entered there. In the instant he arrived in heaven all trace of sin and its effects were obliterated so that he no longer sins or even wants to and no longer suffers or even can. His faith has become sight. He is in the place we all want to be. And now he awaits the consummation of all things, the reunion of body and soul, the coming of the new heavens and the new earth.

I am convinced that Nick is okay, but not because he has in some way let me know and not because he has sent a sign. I am convinced of all of this because the Bible tells me so. “Faith is the assurance of things hoped for, the conviction of things not seen” (Hebrews 11:1). Faith allows me to believe even when I do not see, it allows me to have confidence in what I cannot gaze upon with my eyes or hear with my ears or touch with my hands. It allows me to have confidence apart from signs. It allows me to believe that what the Bible says is sure and steady and true.

But it’s important to affirm that such faith is not mere wishing upon a star. It is not hoping against hope or longing against reason. Such faith is not irrational or unrooted. It is ultimately grounded in the factual, historical event of the resurrection of Jesus Christ. There is one who has died and returned to life, there is one who has been to heaven and come to earth. His resurrection is the “firstfruits,” the evidence and guarantee that those who are bound to him will rise like him. The faith that guarantees our salvation guarantees our resurrection. The faith that saves our souls from sin is the faith that soothes our souls in sorrow.

I have had to ask: What would it mean to my faith if I doubted Scripture but believed a bird? What would it mean if I professed that Christ rose from the dead but then fixed my confidence in the brightness of a star or the presence of a rainbow? God gives no instruction that I am to look for signs and gives no indication that Nick has the ability or desire to send one. God instructs me instead to look to Christ, to look to his resurrection, and to believe that “as in Adam all die, so also in Christ shall all be made alive. But each in his own order: Christ the firstfruits, then at his coming those who belong to Christ” (1 Corinthians 15:22-23).

And then I have had to consider this: What of those who perceive no sign? Should they assume that their loved ones are not okay? Might they be harmed by looking without seeing and longing without receiving? Is there not a better way we can encourage them, a better hope to which we can direct them?

I don’t mean to say that God never provides us special encouragement along the way. A grieving parent recently told of breaking ground on a project meant to honor the memory of her son and just as the project got underway, a rainbow appeared in the skies overhead. She doesn’t believe her son sent a rainbow, but she also knows that God is loving and kind, so took this as the Lord sovereignly arranging circumstances to provide her grieving family some encouragement. I can tell of ways God arranged providence to meet us in meaningful ways in especially dark moments (at least one of which I describe in Seasons of Sorrow). But surely these ought to be understood as God expressing his love and care, not our loved ones intervening in the world. It’s God’s presence that is meant to comfort us, not the possible presence of those we have loved and lost.