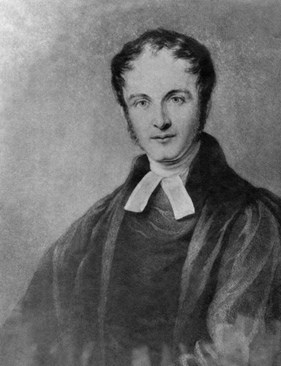 Abide with Me” is one of the best-loved English hymns of the past 150 years. We see this both in its enduring usage in churches today and in its ongoing appearances in modern culture (for example, in the opening ceremony of the 2012 Summer Olympics).

What about the hymn has made it so well loved?

The words, of course, have a lot to do with it. Each verse ends in the plea “abide with me,” making the hymn a sustained call for God’s personal presence in every stage and condition of life. The hymn resonates deeply with the hearts of those who feel their need of God. When Aileen and I suggested this song for our wedding we were told, “It’s a funeral song.” But we saw it as a deep challenge to seek God in all of life’s circumstances, till death do us part. We just went ahead and added it to the program.

The music has also given the hymn strong appeal. It has been sung to several different tunes over the years, with the most popular being “Eventide” by William Henry Monk, a particularly stirring melody. In 2007, Indelible Grace released a recording of the hymn featuring a fantastic new melody, which they have graciously made available as a free download (see below).

One other aspect of the hymn which may also contribute to its significance is the story of its author and the context in which he wrote it.

The author of the hymn, Henry Francis Lyte, was an Anglican priest and vicar of All Saints Church in Brixham, England. He was also a published poet and accomplished hymnwriter who also penned “Jesus, I My Cross Have Taken” and “Praise, My Soul, the King of Heaven.”. For most of his life Lyte suffered from poor health, and he would regularly travel abroad for relief, as was the tradition in that day. Nevertheless, he developed tuberculosis and, at the age of 54, came near to the end of his life. His daughter, Anna Maria Maxwell Hogg, recounts the story of how “Abide with Me” came out of that context.

The summer was passing away, and the month of September (that month in which he was once more to quit his native land) arrived, and each day seemed to have a special value as being one day nearer his departure.

His family were surprised and almost alarmed at his announcing his intention of preaching once more to his people. His weakness and the possible danger attending the effort, were urged to prevent it, but in vain. “It was better”, as he used to say often playfully, when in comparative health, “to wear out than to rust out”. He felt that he should be enabled to fulfil his wish, and feared not for the result. His expectation was well founded. He did preach, and amid the breathless attention of his hearers, gave them a sermon on the Holy Communion. . . .

In the evening of the same day he placed in the hands of a near and dear relative the little hymn, ‘Abide with Me’, with an air of his own composing, adapted to the words. (A Dictionary of Hymnology, Vol. 1)

Just weeks later, while on holiday in Nice, France, Henry Lyte went to be with Jesus. It was November 20th, 1847.

Not many hymns have dramatic stories behind them. This one is not all that dramatic; but knowing that it was written by a man who was very near death at a relatively young age helps us feel its weight and sobriety all the more.

Abide with me; fast falls the eventide;
The darkness deepens; Lord with me abide.
When other helpers fail and comforts flee,
Help of the helpless, O abide with me.

Swift to its close ebbs out life’s little day;
Earth’s joys grow dim; its glories pass away;
Change and decay in all around I see;
O Thou who changest not, abide with me.

Not a brief glance I beg, a passing word;
But as Thou dwell’st with Thy disciples, Lord,
Familiar, condescending, patient, free.
Come not to sojourn, but abide with me.

Come not in terrors, as the King of kings,
But kind and good, with healing in Thy wings,
Tears for all woes, a heart for every plea—
Come, Friend of sinners, and thus bide with me.

Thou on my head in early youth didst smile;
And, though rebellious and perverse meanwhile,
Thou hast not left me, oft as I left Thee,
On to the close, O Lord, abide with me.

I need Thy presence every passing hour.
What but Thy grace can foil the tempter’s power?
Who, like Thyself, my guide and stay can be?
Through cloud and sunshine, Lord, abide with me.

I fear no foe, with Thee at hand to bless;
Ills have no weight, and tears no bitterness.
Where is death’s sting? Where, grave, thy victory?
I triumph still, if Thou abide with me.

Hold Thou Thy cross before my closing eyes;
Shine through the gloom and point me to the skies.
Heaven’s morning breaks, and earth’s vain shadows flee;
In life, in death, O Lord, abide with me.

Indelible Grace has kindly offered their rendition of “Abide With Me” as a free download from NoiseTrade. It includes a PDF with the handwritten lyrics, lead sheet, chord chart, and piano sheet music. While you have the ability to leave a “tip” for the song, do feel free to take it for free (without guilty conscience! It is their gift to you). Also, if you’d like to buy any of Indelible Grace’s albums you can use the code ABIDE at the official store and get 20% off any CD.