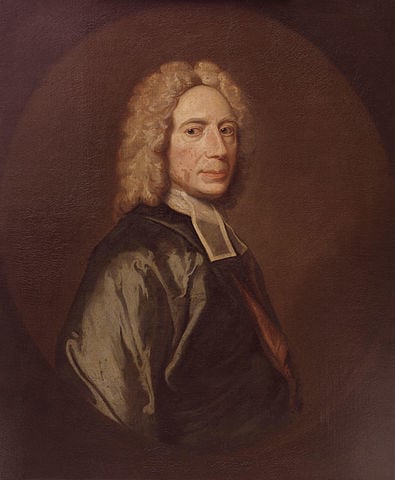 It was a daring move when, in 1707, Isaac Watts published his first book of hymns. At that time it was the practice of almost every congregation of the Church of England to sing only Old Testament psalms in their public worship. However, Watts had grown to dislike this because it restricted the Christian from being able to explicitly celebrate in song all those aspects of the gospel that are fulfilled and illuminated in the New Testament.

In the preface to Hymns and Spiritual Songs, Watts addresses the worship situation of his time and offers a defense for writing and publishing new music.

Many Ministers and many private Christians have long groaned under this Inconvenience, and have wished rather than attempted a Reformation: At their importunate and repeated Requests I have for some Years past devoted many Hours of leisure to this Service. Far be it from my Thoughts to lay aside the Psalms of David in public Worship; few can pretend so great a Value for them as my self . . . But it must be acknowledged still, that there are a thousand Lines in it which were not made for a Saint in our Day, to assume as his own; There are also many deficiencies of Light and Glory which our Lord Jesus and his Apostles have supplied in the Writings of the New Testament; and with this Advantage I have composed these spiritual Songs which are now presented to the World.

Within Watts’ book, under the section “Prepared for the Holy Ordinance of the Lord’s Supper” is the first public printing of “When I Survey the Wondrous Cross.”

Concerning the hymn’s creation, there is no special story that singles it from among the many others he wrote. (He is credited with something like 750 hymns.) But what makes the hymn unique is the particular beauty of its language and imagery, and the power with which it highlights the most significant event in human and personal history — the cross of Jesus Christ our God.

Watts’ giftedness for writing hymns, combined with his courage in publishing them, would eventually turn the tide against singing only psalms and set a new standard for Christian worship in the English language. Today Watts is widely recognized as the “Father of English Hymnody.” “When I Survey the Wondrous Cross” is his greatest hymn.

When I survey the wondrous cross
On which the Prince of glory died,
My richest gain I count but loss,
And pour contempt on all my pride.

Forbid it, Lord, that I should boast,
Save in the death of Christ my God!
All the vain things that charm me most,
I sacrifice them to His blood.

See from His head, His hands, His feet,
Sorrow and love flow mingled down!
Did e’er such love and sorrow meet,
Or thorns compose so rich a crown?

[His dying crimson, like a robe,
Spreads o’er His body on the tree;
Then I am dead to all the globe,
And all the globe is dead to me.]

Were the whole realm of nature mine,
That were a present far too small;
Love so amazing, so divine,
Demands my soul, my life, my all.

“When I Survey the Wondrous Cross” has been recorded many times and with several different melodies. Ordinary Time has a version you can download for free at NoiseTrade. Page CXVI also has a version available for free in which they include a chorus that has been recently popularized. My favorite version, which is from my favorite hymns collection, can be found on Hymns Triumphant, an amazing choral collection.