Sometimes it’s the little lines that get you, the parentheticals, the throw-aways. I heard one a few days ago: “No one else is coming.” It’s what you say when you realize that a responsibility has now fallen to you. You were hoping and waiting for backup, for reinforcements, for someone—anyone—else. But then you realize: No one else is coming. So you roll up your sleeves and get to work.

Earlier this week I was in Barlanark, a grey and gritty neighborhood in Glasgow. Barlanark is properly a scheme, one of nearly 100 dotting Scotland’s most populated city. What’s a scheme, you ask? A scheme is a social housing development, a place where most of the homes are owned by the government and distributed to the poor. It’s a place bearing all the marks of hard poverty—shattered families, absentee fathers, deep addictions, and a near-complete absence of the gospel. Thousands of people live in the homes and apartments of Barlanark. Only the smallest majority, maybe one half of one percent, know Jesus.

I was there to visit the Petes. A number of years ago, a local lad named Pete came to Barlanark to begin an outreach to the youth. He soon hired a second Pete and for a number of years they collaborated in building relationships with the youth, telling them about Jesus. They grew to have a real love for the people of that community. Though the work was slow and grueling, though it took its toll on them and their families, they saw some measure of success, they saw God’s hand of blessing. 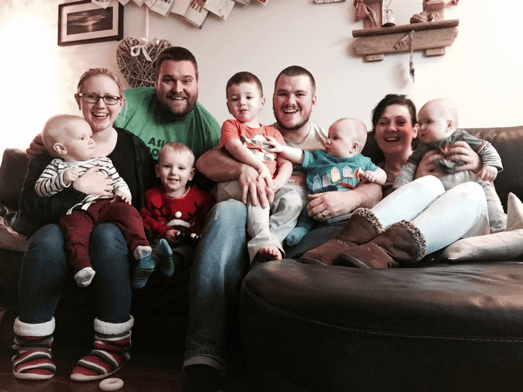 But the Petes came to understand there was a limitation on that work. If they were going to reach Barlanark—to really reach it with the gospel, to see the gospel take root, to see lives transformed—there needed to be a church there. It couldn’t be a church near the scheme or around the scheme. It had to be a church in the scheme—a Barlanark church for Barlanark people. They worked, waited, prayed, and hoped. They waited for a church planter to develop a heart for their neighborhood, to come with a calling, a mandate, a core team. But after a while they had to face it: “We realized, no one else is coming.”

And in that way they were called—called to the work of planting a church in one of Scotland’s most impoverished neighborhoods. The church will open soon—Easter perhaps, or early summer. It will be called Hope Community Church Barlanark and it will be that Barlanark church for Barlanark people. Already they’ve found office space in the very heart of the scheme, within the community center, if you can believe it. They hold prayer meetings there every morning, they host groups for moms and tots, they invite people to study the Bible, they tell people about Jesus. There has been a response—a small but real response. Some have heard the gospel and believed. Some have heard the gospel and begun to listen, to consider its claims. The work is slow, but it’s real. It’s happening. God is moving.

The Petes have found help in their work. An organization called 20schemes has come alongside them to provide care, mentoring, resources, oversight. 20schemes has a vision to see the gospel impact Scotland’s schemes and they are now working with the Petes and their growing core team to see them form a church. That church can use support, and especially the kind of support that comes when an established church partners with a new one—prayer, finance, and mission teams. If you’re interested in helping the gospel reach Scotland’s poorest people, why don’t you get in touch with 20schemes? Why don’t you join a vision trip, visit Barlanark, and see what the Lord is doing?

God gave the Petes a desire to care for the kids of Barlanark. That desire grew into a love for those kids, for their families, for their neighborhoods. That love grew into a calling—a calling to plant and pastor a church right there in that scheme. I wonder if God would give you a burden to support them or even to join them in their work. Or maybe, just maybe, he’s calling someone like you to yet another of the hundreds of schemes that don’t have any gospel witness. Because at this point, no one else is coming.

This video is a couple of years old so a wee bit outdated, but it introduces the Petes, their work, and their accents:

Barlanark Promo from 20schemes on Vimeo.