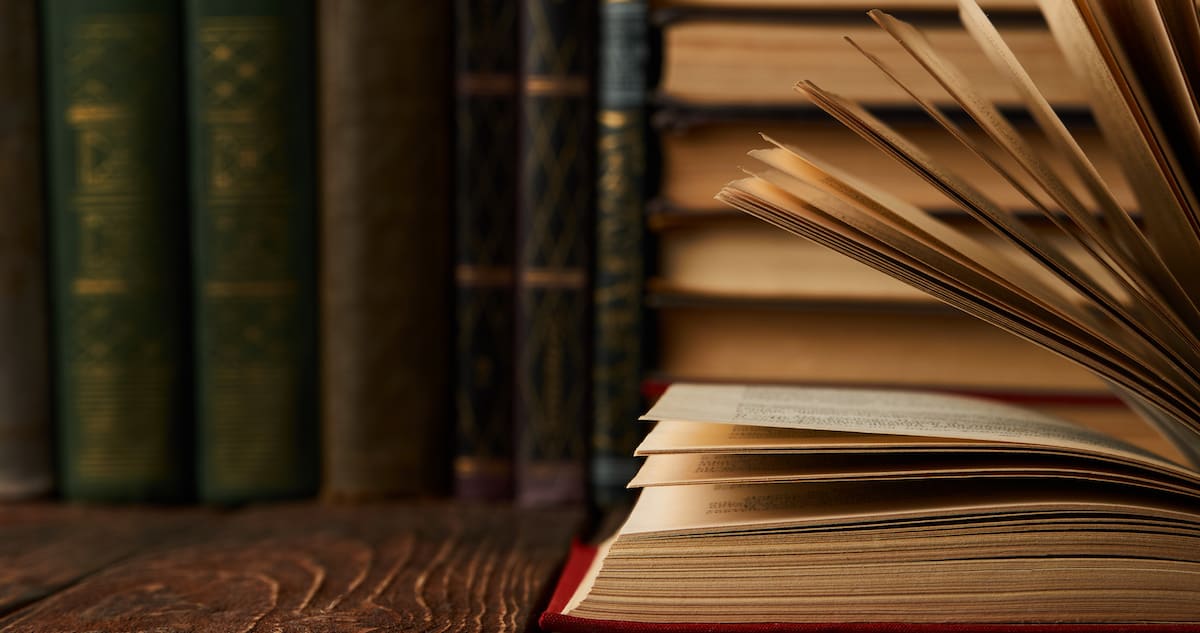 A reader of this site recently got in touch to ask me for some book suggestions. She has been a believer for quite a long time and along the way has heard of the value of reading “Christian classics.” Yet she hasn’t been sure where to begin and asked for some guidance. I was glad to take on that challenge!

In this article I will offer some suggestions that cover various eras from the early church until the late twentieth century. I should note that these recommendations will tend more toward literature that is devotional than scholarly or purely theological. And I should note as well that there is not a person in the world who will agree with every book I’ve included and every book I’ve excluded—and that is just fine because there is always a degree of subjectivity to these things. And now, without further ado, here are some Christian classics to consider reading.

John Bunyan allegorical The Pilgrim’s Progress is one of the bestselling books in all of history and a great place to begin. It has never gone out of print and in one way or another has influenced every generation of Christians since it was first published in the late 1600s. For those reasons alone it is well worth a read. Though you can find modernizations that adapt the language either lightly or significantly, the original is still surprisingly accessible. There are also some lovely audio versions available. If you’d like to listen to it, I recommend the Nadia May recording. If you’d like to read a slight modernization, this one by Crossway is well done. Otherwise, perhaps try this edition. (Most editions contain part 1 and part 2—the journeys of Christian and Christiana. You can consider yourself to have read The Pilgrim’s Progress once you complete part 1 since that is the original work.)

Note: When it comes to books that are out of copyright, you’ll often find many different editions at Amazon, eBay, and other sites that will sell pretty much anything. It’s worth being careful because a lot of them are very poorly printed or bound—often little more than photocopies of old editions that are then cheaply slapped together. Get used to clicking the “See all formats and editions” link on a book’s page and then looking for an edition by a reputable publisher. If you shop at Westminster Books or a similar bookseller, you shouldn’t run into this issue as they will already have curated the books they sell.

We should go back in time a little to make sure we don’t neglect the earliest Christian classics, which include the most noteworthy work of Augustine: Confessions. It is available in a multitude of editions and translations.

I know little about the 1,000 years between Augustine and the Puritans so don’t have a lot to offer here beyond names like Dante and Thomas Aquinas. But as far as I can tell, this was not an era in which there were a lot of devotional works that have since been affirmed by Protestants. (Authors like Thomas à Kempis and Brother Lawrence are still read and treasured today, but typically not by Reformed Protestants.) Calvin’s A Little Book on the Christian Life gets us into the Reformation era and is an excerpt of the most practical section of his Institutes.

You may have heard of the Puritans and been told you should try reading their books. When we talk about “Puritan books,” we are talking about thousands of titles written over more than a century, many of them incredibly voluminous, so there are more options than any one person could read in a lifetime (except maybe Joel Beeke). Thankfully time has served as a filter and brought many of the best works to the surface. Among them is Precious Remedies Against Satan’s Devices in which Thomas Brooks instructs us in how to resist Satan’s temptations. The Rare Jewel of Christian Contentment by Jeremiah Burroughs tells why contentment is so fleeting and how Christian can achieve it, The Bruised Reed by Richard Sibbes offers hope for those who are suffering, while Thomas Watson’s The Godly Man’s Picture presents a “picture” of mature Christian character. Those are great options to begin with. For something slightly more advanced, try Sin and Temptation by John Owen—still the definitive work on the subject. You also can’t go wrong with Foxe’s Book of Martyrs, Anne Bradstreet’s works of poetry, or Samuel Rutherford’s wee little The Loveliness of Christ. The Puritan Paperback series by Banner of Truth and the Puritan Treasures for Today by Reformation Heritage Books can guide you into many more options.

Let me interject with a note about Puritan works. Many Puritan classics are actually excerpts from longer works, so you may find the same content in a number of different places. Also, a few of them now have modernized editions in which either the text has been rewritten in modern English or has simply been annotated to assist in understanding. With some authors this really isn’t all that necessary, but with others it can be very helpful. The best in this category are the John Owen books edited by Justin Taylor and Kelly Kapic.

When it comes to post-Puritan classics from the 1700s and early 1800s, I confess that my knowledge is a bit lacking. You might consider Real Christianity by William Wilberforce or The Religious Affections and The Diary and Journal of David Brainerd by Jonathan Edwards. Memoir & Remains of Robert Murray M’Cheyne by Andrew Bonar was published in the mid-1800s. The sermons of George Whitefield and the hymns of Charles Wesley are rewarding, though these last two probably don’t quite count as classic books. The same would be true of the letters of John Newton. Lemuel Haynes wrote in this era and, while I don’t think any of his books are considered classics, his sermons are enjoyable—perhaps especially “Universal Salvation.”

As we get deeper into the 1800s and come to the early 1900s, I have read much more so can offer more confident suggestions. J.C. Ryle’s Holiness and Thoughts for Young Men are rewarding reads. Theodore Cuyler’s God’s Light on Dark Clouds is a beautiful work on suffering while P.B. Power’s A Book of Comfort for Those in Sickness is exactly what it sounds like. This was an era in which sermons were often transcribed and printed in periodicals, so you can find entire volumes of sermons from men like Charles Spurgeon, D.L. Moody, or De Witt Talmage that are a joy to read. You will actually find that a good number of the books in their names are really just adapted sermons. Machen’s Christianity and Liberalism is more theological than devotional, but crucial to understanding liberalism. John Murray’s Redemption Accomplished and Applied is brilliant.

For more contemporary classics (by which I mean works from the late 1900s that seem destined to survive the ages) I suggest The Attributes of God by A.W. Pink (which is self-explanatory), Mere Christianity by C.S. Lewis (which is Lewis’s best known apologetic work), Knowing God by J.I. Packer (which is a kind of introduction to the Christian faith), The Cross of Christ by John Stott (which is a description of what God accomplished through the substitutionary death of Jesus Christ) and The Holiness of God by R.C. Sproul (which calls us to know and love God as holy, holy, holy). Through Gates of Splendor by Elisabeth Elliot is a biography that had a massive impact on world missions.

If I had to plot out a short reading list with one book from each era, I might go in this order: The Pilgrim’s Progress, The Rare Jewel of Christian Contentment, A Little Book on the Christian Life, Holiness, Knowing God, Confessions, the Religious Affections. Either way, I hope this article brings some clarity and motivates you to explore some of the true classics of the Christian faith.