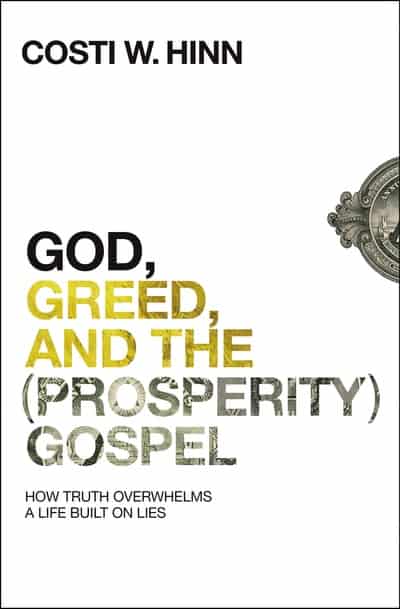 For many years, Toufik Benedictus Hinn—better known as “Benny”—has presided over a prosperity gospel empire that has made him a household name among Christians. Some love him, some hate him, but all know him. Born and raised Eastern Orthodox in Jaffa, Israel, Hinn and his family immigrated to Canada shortly after the Six-Day War where he converted to Pentecostalism. Impressed and inspired by Kathryn Kuhlman, he founded a church in Orlando and began to hold regular healing services. These later morphed into the huge “Healing Crusades” that would crisscross the world and draw thousands, hundreds of thousands, or sometimes even millions. People would come to him hoping for the promised miracle that would heal their hurting bodies or fix their broken finances.

Over time, this ministry turned into a family enterprise that included, among others, Benny’s nephew Costi. As Costi grew up, he didn’t only live off the ministry’s largesse, but also began to work for it. He got to experience all the pleasures of luxury cars, private jets, presidential suites, and all the other benefits of working for an organization preaching that material prosperity is proof of divine favor. But over time—not as a sudden epiphany but as a growing awareness—he began to see not just the empty claims of this aberrant theology, but also the better and higher promises of scripture. He eventually rejected the prosperity gospel and left the family ministry to focus instead on pastoring a local church.

God, Greed, and the Prosperity Gospel is a semi-autobiographical examination and assessment of the prosperity gospel. With his unique insider’s perspective, he is able to combine theological insights with personal experience, and the combination packs a punch. He tells how the ministry functions and how its obsession with money is every bit as substantial as it appears to outsiders. While he affirms that God is capable of performing miracles, he shows how ministries like Hinn’s far over-promise and massively under-deliver. He carefully exposes the prosperity gospel as being demonstrably false and biblically wrong. In that way this is a purposeful biography that uses his story as a means to teach truth.

Yet even while Costi exposes some of what happens behind the scenes of a ministry like this one, his book is not a tabloid. It does not contain shocking or scandalous disclosures. It’s obvious that while he has significant disagreements with his family, he continues to love them and wishes to persuade them to repent and to preach the truth. He speaks truth, but in a loving way. He leaves no doubt of his convictions, but also no doubt of his desire to be persuasive to anyone who is trapped in or drawn to prosperity theology.

Over the past few years I’ve had the opportunity to travel to many different countries across every continent and, wherever I’ve gone, I’ve asked pastors to tell me about the foremost challenges to the gospel in their contexts. Almost to a man they’ve had far less to say about government restrictions or rival religions than false gospels—especially the false gospel of prosperity. I’m thankful that Costi Hinn has written this account of his experiences and this defense of biblical truth. I hope it has a wide reach and convinces many to look beyond the too-small, too-weak promises of the prosperity gospel to the much higher, much better, much longer-lasting benefits of the true gospel of Jesus Christ.