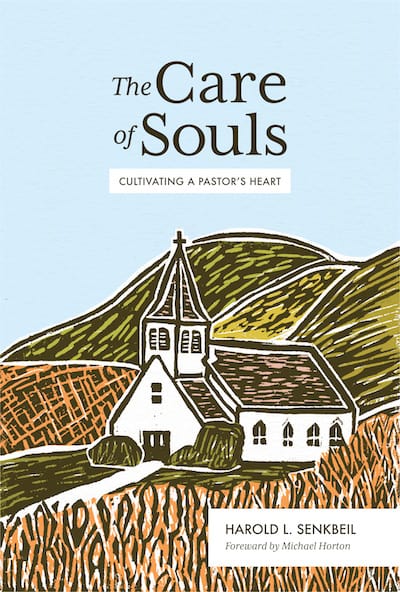 Have you ever read an “if this is true…” book? An “if this is true…” book is one that challenges you so deeply that you realize that if what it’s saying is true, then you’ve got to make some major changes to your life. R.C. Sproul’s The Holiness of God is one of those books—many who read it suddenly realized they had never actually known God as he is, as the God who is three times holy. Nancy Pearcey’s Total Truth played that role for some people, John Piper’s Brothers, We Are Not Professionals for others. Harold Senkbeil’s The Care of Souls fits well within the “if this is true…” category. I believe many pastors who read it will realize that if what this book says is true, they may have never truly pastored before. Many more will realize that their pastoral aspirations have been all wrong. And it’s my hope that many read it and allow themselves to be challenged by it.

Harold Senkbeil grew up a Minnesota farm boy, and was as surprised as anyone to find himself veering into pastoral ministry. Now, after five decades at the task, he is ready to tell some of what he has learned along the way. He is ready to share some lessons on the pastoral craft. And what he wants pastors to consider is so very simple: pastoral ministry is first about pastoring people. It is first about being a shepherd to sheep. It is not less than expositional preaching and organizational leadership, the emphases of the great majority of pastoring books and conferences, but it is so much more. In fact, he would say that pastoring is a habitus, “a pastoral temperament or character worked by the Holy Spirit through his means.” Through long engagement in shepherding the flock over which the Spirit has made him overseer, “a genuinely pastoral demeanor and disposition grows within him.” He says, “There’s no substitute for practice when it comes to developing pastoral skills and aptitudes. As a pastor is actively engaged in visiting the sick, consoling the troubled, warning the hardened, and comforting the conscience-stricken, he learns to use the tools of his trade all the more skillfully and intelligently. Like any skilled artisan or craftsman, a pastor learns by both observation and doing. He learns his trade by practicing his craft. He is habituated—shaped and formed into a shepherd of souls—by being actively engaged in the work of shepherding.”

His great emphasis, then, is the long, difficult, and crucial work of shepherding souls. It is being a minister of the Word of God through the appointed means of God. But crucially, this Word-based ministry is not exclusively (or perhaps even primarily) accomplished from the pulpit on Sunday mornings, but through a much wider and more personal ministry. “Do you see why I love the care of souls so much? To be able to bring them the one thing needful when all other things fade away, there’s nothing quite like it. To have something to give when everyone else stands by helplessly, to be able to say something of eternal significance when all other speech, however well-intended, rings hollow on the ear—this is an experience that humbles every pastor. But there too we have nothing to bring, you and I, that we ourselves have not first received. We are only errand boys for Jesus, emissaries of the one who bled and died to give his life that everyone in this dying world might find their life in him. When the sincerest human sentiments fall empty and hollow, we pastors have something solid and lasting to give.”

As he considers this Word-based ministry, Senkbeil places great emphasis on the attentive diagnosis and intentional treatment of the kind of spiritual ills that befall God’s people, even carefully laying out ten theses on the care of souls. “Week after week, day after day, these seemingly ordinary tasks of a pastor are extraordinarily rich in their impact: sinners are forgiven, saints restored, lives enriched and hearts consoled—all by your mouth and hands! The Spirit’s work continues through you daily and richly in his holy church. This may be routine, but it’s never boring.”

There is much I can say to commend this book and I will soon give it my recommendation. But before I do that, I feel the need to point out that Senkbeil is Lutheran. This means his ministry has taken place within quite a different context than the Reformed Baptist church I call home and the wider Reformed world in which I spent most of my time. As I read his work, I had to do a fair bit of “interpretation” based on the differences in our traditions, especially as it pertains to the role of the pastor. I have never forgiven anyone’s sins and never intend to; I do not place quite as heavy an emphasis on the sacraments; I will never pray with or before a crucifix; and so on. But despite the differences that reflect areas in which our theological traditions diverge, I found myself agreeing wholeheartedly with the heart of the book. In fact, I found myself remembering that Reformed and Lutheran Christians really are post-Reformation “next of kin.”

There are some books I read so I can review them. There are some I read because I want to benefit from them. This is decidedly in that latter category. I read it because I wanted to better care for the souls entrusted to me. With the author’s help, I believe I can and will. This is one of the best books I’ve read all year; it’s one of the best books I’ve ever read on the craft of pastoring. It’s one I gladly recommend to all of those who have been called to be shepherds of God’s sheep. May it remind us all of the sacred task God has entrusted to us.

(The Care of Souls is available at Amazon and Westminster Books)