My focus will be on newer commentaries (at least in part because most of the classics are now freely or cheaply available) and I will offer approximately 5 recommendations for each book of the Bible, alternating between the Old Testament and the New. Today I’ll share what I learned about Matthew.

In his commentary on commentaries D.A. Carson points out that we are blessed to have an abundance of volumes on Matthew since as recently as twenty-five years ago the pickings were thin. As I read the opinions of the experts I saw that common pressing and divisive issues include the book’s authorship, views on divorce and remarriage, and eschatological concerns. The following recommendations are uniformly conservative, though they will vary on many particulars. 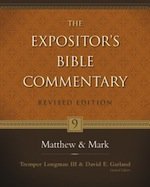 D.A. Carson – Matthew (The Expositor’s Bible Commentary). Carson’s work, an older but recently-revised one, consistently ranks in the top one or two for most commentators on the commentaries. You will want to purchase the revised edition (in place of the older two-volume paperback) that is packaged with Mark as Volume 9 of the hardcover EBC series. Of all the commentators, Carson himself seems least impressed with his own work; others are far more lavish with their praise. It ranks as the top suggestion from John Piper and Desiring God among many others. (Amazon, Westminster Books)

Leon Morris – The Gospel According to Matthew (Pillar New Testament Commentary). Morris is widely regarded as a superior commentator; he has contributed volumes on many books in a variety of commentary series. His volume on Matthew has received near-unanimous praise. Dr. Jim Rosscup of The Master’s Seminary says he “provides a thorough, clear, well-studied and mature tool based on the Greek but highly readable even for those who do not know Greek.” This neatly summarizes what I so enjoy about the PNTC series; it is scholarly and deep, yet readable for someone even with my rudimentary knowledge of Greek. (Amazon, Westminster Books) 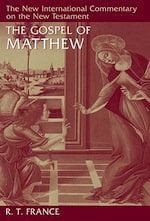 R.T. France – The Gospel of Matthew (New International Commentary on the New Testament). France has a volume in the Tyndale series that is highly regarded, but it has since been eclipsed by his much longer and more significant contribution to the NICNT. That series, like so many, is somewhat uneven, but France’s is said to be excellent. Keith Mathison says the “work is thorough and solidly evangelical and will be beneficial to pastors and all serious students of Scripture.” I expect to find a greater number of endorsements as the commentators catch up with newer volumes like this one. (Amazon, Westminster Books)

Craig Blomberg – Matthew (New American Commentary). If I am reading the experts correctly, there seems to be a significant gap between the first three titles on this list and everything that follows. If you would like to have three good commentaries on Matthew, I think the choices are quite clear and are reflected above. If you want a little bit more variety, then you will likely want to include the volume by Blomberg. Carson assures us it is “not to be missed.” (Amazon) 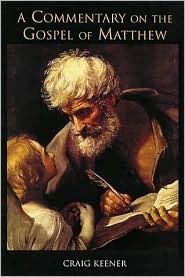 Craig Keener – A Commentary on the Gospel of Matthew. Keener’s work receives high recommendations and significant warnings about the limits of its usefulness. It may also be going out of print since it is not available at Westminster Books and is currently available only from Amazon resellers. This is the kind of commentary I tend to avoid since I don’t consider myself sufficiently schooled to confidently sort through the weaknesses. However, most experts do recommend it with certain caveats. (Keener has since released The Gospel of Matthew: A Socio-Rhetorical Commentary, but I have found few expert reviews of the newer work.) (Amazon)

I am very eager to read expert reviews of Grant Osborne’s Matthew contribution to the new Zondervan Exegetical Commentary on the New Testament series (Amazon, Westminster Books). I am quite enjoying the series, including its unique layout and format, but am awaiting expert opinions).

Likewise, I am eager to read reviews of Doriani’s contribution to my favorite series, the Reformed Expository Commentary set (Amazon, Westminster Books), a series based on sermons. I have not had many opportunities to use the volumes on Matthew, but have benefited greatly from every other volume in the series.

Finally, let me close with a question: What are your preferred commentaries on Matthew? Are there some you’ve found particularly helpful?