As we come into the final stretch of 2020, Christian publishers continue to release some very good books. In this article I’ve compiled a selection of the ones that stood out to me as being especially noteworthy. 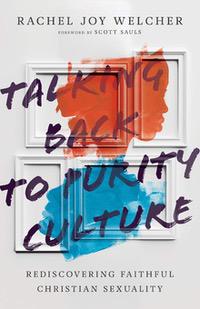 Talking Back to Purity Culture: Rediscovering Faithful Christian Sexuality by Rachel Joy Welcher. I expect the coming years will see a number of analyses of so-called “purity culture.” This, to my knowledge, is the first. “It’s time to talk back. The generation born into evangelical purity culture has grown up, and many have started families of their own. But as time goes on, it’s becoming more evident that many still struggle with purity culture’s complicated legacy―its idolization of virginity, its mixed messages about modesty and lust, and its promise of a healthy marriage and great sex for those who follow the rules. In Talking Back to Purity Culture, Rachel Joy Welcher reviews the movement carefully, examining its teachings through the lens of Scripture. Compassionate, faithful, and wise, she charts a path forward for Christians in the ongoing debates about sexuality―one that rejects legalism and license alike, steering us back instead to the good news of Jesus. It’s time to talk back to purity culture―and this book is ready to jump-start the conversation.” (Buy it at Amazon) 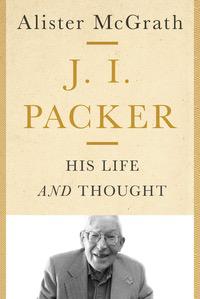 J. I. Packer: His Life and Thought by Alister McGrath. “J. I. Packer was one of the most influential evangelical theological and spiritual writers of the twentieth century, best known for his classic work Knowing God. In the 1990s Christianity Today readers named him one of the most influential theologians of the twentieth century, second only to C. S. Lewis. But who was Jim Packer, and what is the story of the man behind the writings? Alister McGrath, a bestselling author and friend of Packer, tells the story of Packer’s faith and how it sustained him during his time in England and Canada. Along the way he explores Packer’s many contributions to theology and spirituality, alternating narrative with reflection. By engagingly setting out Packer’s ideas and the central themes of his work, McGrath helps to explain why Packer and his writing continue to be so helpful to millions on the journey of encountering God. This beautiful recollection of a giant of the Christian faith is both a celebration of his life and the perfect introduction to his thought and writings for a new generation of readers.” (Buy it at Amazon) 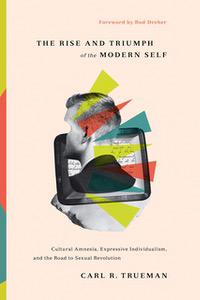 The Rise and Triumph of the Modern Self: Cultural Amnesia, Expressive Individualism, and the Road to Sexual Revolution by Carl Trueman. I’ve read and reviewed this one and regard it as one of the year’s best. “Modern culture is obsessed with identity. Since the landmark Obergefell v. Hodges Supreme Court decision in 2015, sexual identity has dominated both public discourse and cultural trends—yet no historical phenomenon is its own cause. From Augustine to Marx, various views and perspectives have contributed to the modern understanding of the self. In this timely book, Carl Trueman analyzes the development of the sexual revolution as a symptom—rather than the cause—of the human search for identity. Trueman surveys the past, brings clarity to the present, and gives guidance for the future as Christians navigate the culture in humanity’s ever-changing quest for identity.” (Buy it at Amazon or Westminster Books) 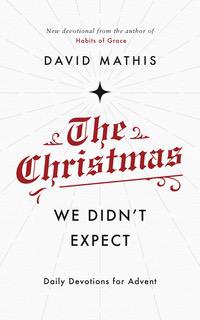 The Christmas We Didn’t Expect: Daily Devotions for Advent by David Mathis. “Life is full of unexpected twists and turns and this has been particularly so in 2020. But the most unexpected and significant event in the history of the world actually happened over 2000 years ago when God himself became one of us in the person of Jesus Christ. These Advent reflections, written by David Mathis, help us to lift our eyes to wonder of the incarnation and worship the one who came to save us and make our futures certain. Be amazed once more by the unexpected details of Jesus’ unique birth and saving work with these short daily devotions and prayers, and renew your worship of our humble, generous and loving Savior.” (Buy it at Amazon or Westminster Books) 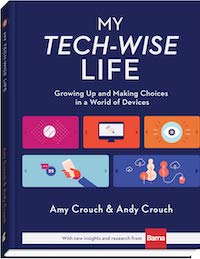 My Tech-Wise Life: Growing Up and Making Choices in a World of Devices by Amy & Andy Crouch. “It’s time to take our power back. We can barely imagine our lives without technology. Tech gives us tools to connect with our friends, listen to our music, document our lives, share our opinions, and keep up with what’s going on in the world. Yet it also tempts us to procrastinate, avoid honest conversations, compare ourselves with others, and filter our reality.Sometimes, it feels like our devices have a lot more control over us than we have over them. But it doesn’t have to be that way. In fact, we deserve so much more than what technology offers us. And when we’re wise about how we use our devices, we can get more–more joy, more connection, more out of life. Tech shouldn’t get in the way of a life worth living. Let’s get tech-wise.” (Buy it at Amazon or Westminster Books) 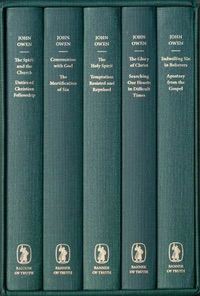 Treasures of John Owen Box Set (5-Volume Set) by John Owen. “In recent decades, several of Owen’s works have been edited and published in paperback format to make them more readily accessible for Christians in the late twentieth and early twenty-first centuries. Now, in this beautifully produced box set — the Treasures of John Owen — they are being republished in hardback format arranged in five volumes. Within this box set readers will find themselves entering a world of biblical, doctrinal, pastoral and spiritual instruction that is not only accessible to them, but also leads them into a fresh understanding of the greatness of the gospel — what Paul describes as the four-dimensional love of God for us in Christ (‘breadth and length, height and depth’) — and its many practical implications. Here then is a collection of books designed to enable us to grow in both knowledge and grace.” (Buy it at Westminster Books) 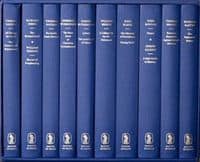 Puritan Classics Box Set (10-Volume Set) by Various. “‘Friends have told me that they have discovered books written by some of the Puritans that have been a tremendous help to them! Could you recommend a few classics to me?’ Many Christians ask that question today. Nor are we the first to feel we need someone to guide us. Already in the Puritan period Richard Baxter saw that need — and drew up lists adjusted to finances available. But even his list for the poorest contained around one hundred authors! The Puritan Classics Box Set is more modest in size, certainly, but it presents a single package of attractively produced hardbound editions of some of the most helpful works written in the seventeenth century. All of them came from the ministries of men who were marked by God-centredness, faithfulness to Scripture, and a devotion to pointing people to Christ and maturing them in the faith. The authors represented here span the years between 1558 (when William Perkins was born) and 1691 (when both Richard Baxter and John Flavel died) — in terms of English history, form the accession of Queen Elizabeth I in 1558 until just after the ‘Glorious Revolution’ of 1688. The all served in pastoral ministry and shared a profound knowledge of Scripture, and had an enviable ability to apply it to the congregations they loved and served. Here are treasures beyond price that, through the wise investment of our reading and meditation, can make us rich beyond measure. Those who own this box set possess treasure indeed!” (Buy it at Westminster Books) 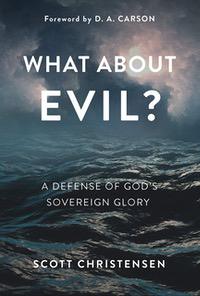 What about Evil?: A Defense of God’s Sovereign Glory by Scott Christensen. “Reconciling the existence of God and evil is a conundrum in Christian theology, and a philosophical approach rather than a theological one dominates. Turning to the Bible’s grand storyline, Scott Christensen examines how sin, evil, corruption, and death fit into the broad outlines of redemptive history. He argues that God’s ultimate end in creation is to magnify his glory to his image-bearers, most notably by defeating evil through the atoning work of Christ.” Here’s how John MacArthur praises it: “”Scott Christensen has a real gift for answering difficult theological questions plainly, thoroughly, and above all biblically–with colorful, engaging writing that readers at practically any level can easily comprehend and learn from. If you’re troubled by the question of why a good and omnipotent God would create a universe that includes evil—or if you are a Christian struggling to explain the problem of evil to someone else—you will greatly benefit from this book.” (Buy it at Amazon or Westminster Books)