C.S. Lewis crafted many masterpieces, books that have stood the test of time. Mere Christianity and the Narnia series are probably the best-known, but The Screwtape Letters follows close behind. It is a unique book (at least it was unique in its time) in that it was built around a series of letters from one demon to another, from a senior demon to the nephew he was mentoring. In this format Lewis shared profound truths about the spiritual world.

I love this introduction by Patricia Klein.

Each letter is a masterpiece of reverse theology, giving the reader an inside look at the thinking and means of temptation. Tempters, according to Lewis, have two motives: the first is fear of punishment, the second a hunger to consume or dominate other beings. On the other hand, the goal of the Creator is to woo us unto himself or to transform us through his love from “tools into servants and servants into sons.” It is the dichotomy between being consumed and subsumed completely into another’s identity or being liberated to be utterly ourselves that Lewis explores with his razor-sharp insight and wit.

The most brilliant feature of The Screwtape Letters may be likening hell to a bureaucracy in which “everyone is perpetually concerned about his own dignity and advancement, where everyone has a grievance, and where everyone lives the deadly serious passions of envy, self-importance, and resentment.” We all understand bureaucracies, be it the Department of Motor Vehicles, the IRS, or one of our own making. So we each understand the temptations that slowly lure us into hell. If you’ve never read Lewis, The Screwtape Letters is a great place to start. And if you know Lewis, but haven’t read this, you’ve missed one of his core writings.

If you’ve never experienced Screwtape, well, you really should. Here are a few options available to you: 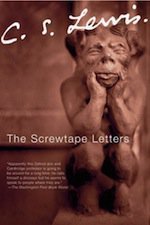 As you’d expect, the book is widely available in more editions than you could count. This HarperCollins edition is in a nice hardcover and are made to last (more so than the old paperbacks, many of which have long since disintegrated). Of course you can find it in various electronic formats and on the shelves of most used book stores as well. 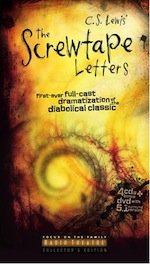 Focus on the Family’s Radio Theatre has released a great version of Screwtape that features a full-cast dramatization. The cast is excellent, too. It features, among others, Andy Serkis (who played Gollum in Lord of the Rings) as Screwtape, Bertie Carvel as Wormwood and Geoffrey Palmer as C.S. Lewis. Douglas Gresham, Lewis’ stepson, acts as host. This is from the official description: “The style and unique dark humor of The Screwtape Letters are retained in this full-cast dramatization, as is the original setting of London during World War II. The story is carried by the senior demon Screwtape played magnificently by award-winning actor Andy Serkis (“Gollum” in Lord of the Rings) as he shares correspondence to his apprentice demon Wormwood. All 31 letters lead into dramatic scenes, set in either Hell or the real world with humans—aka “the patient,” as the demons say—along with his circle of friends and family. This Radio Theatre release also stars Geoffrey Palmer (Tomorrow Never Dies), Laura Michelle Kelly (Sweeney Todd), Eileen Page (The Secret Garden), and other world-class actors.”

Here is a behind the scenes video: 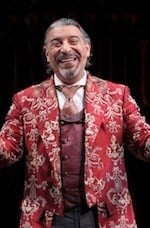 Max McLean has adapted Screwtape for the stage and has performed it across the United States. You can catch upcoming shows in New York, St. Louis and Cleveland. According to the play’s web site, “It was a hit at Chicago’s Mercury Theatre where it ran for six months and at The Shakespeare Theatre in Washington, D.C. where it played for ten sold out weeks.  Last fall it embarked on a national tour delighting capacity audiences in San Francisco, Phoenix, Louisville, Chattanooga, Ft. Lauderdale, Houston and Austin.”

Learn more at the web site. You may also enjoy this brief clip from the play (which, unfortunately, does not have very good sound quality):